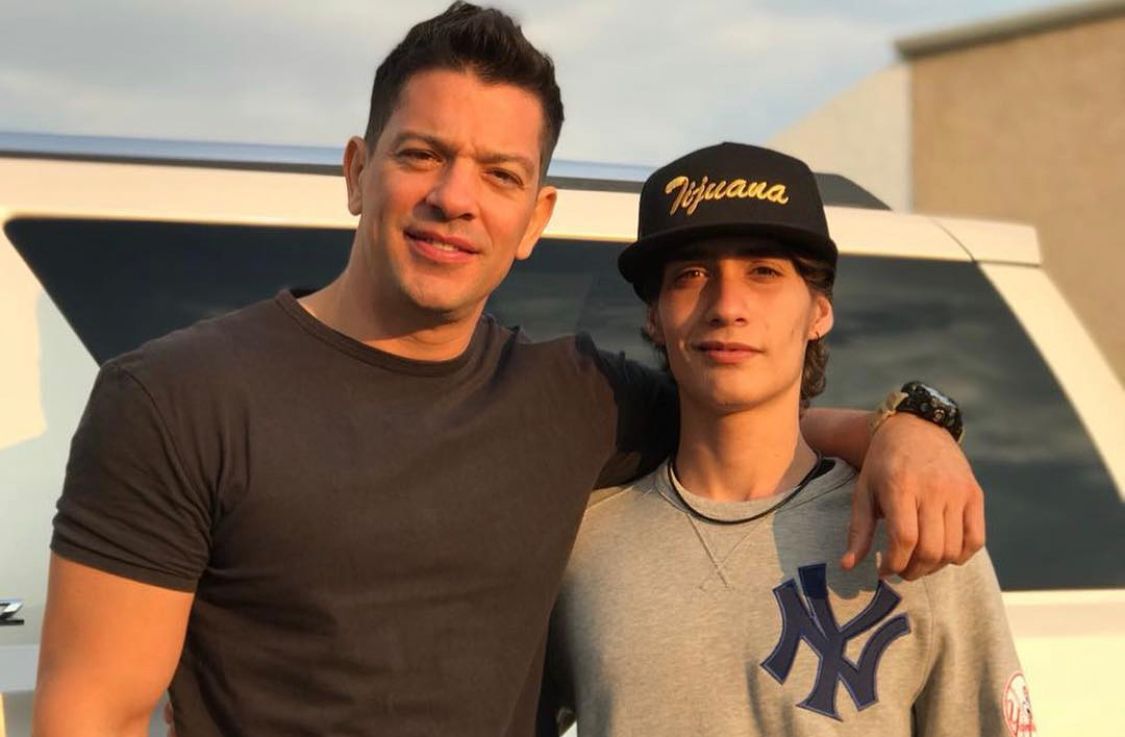 Tristan Othon Fierros, first son of the famous singer emerged from The academy, Yahir, has caused countless controversies since he reappeared in the media and social networks after allegedly overcoming his drug addiction.

In various interviews, as well as in his personal accounts, he made several situations clear. In the first instance, made it known that he is bisexual through a live broadcast on his Instagram account.

Later he assured what his future will be: to become an adult video actor together with his boyfriend Axel Martinez. This dream fulfilled on November 5 when, from his Twitter account, He published that his first sex video was already available on the exclusive content platform. However, days later it was leaked by several netizens who had access to it and took the opportunity to record the screen and share this intimate material.

However, these actions and statements did not go down very well with his father who, weeks after learning about the whole situation and hearing his son ask him to support him unconditionally, He assured that he is going to therapy to overcome the problems that his first-born son has caused him during this time, it continues to be codependent with him.

“My son needs to be clean because he is a person when he is not on drugs and he is another person when he is using (…) I am totally codependent and I am taking my therapies and following him”, Said the former academic for the microphones of the Ventaneando program.

It also confirmed that you find yourself “living in a nightmare” because Tristán relapsed into drugs, so, regardless of the requests made by him, he will not accept this situation and will not support him because “he does not want to know anything about anyone.”

“I feel like living in a nightmare. I am, of course, sad with a son with an addiction, relapsing after a long time and after fighting a long, long time. I am with a relapsed son who is in trouble again and wants nothing to do with anyone. He wants us to accept him like that with everything and his addiction, but the truth is that I can’t have a child like that with me, ”Yahir explained.

On the subject of adult cinema, he indicated that “He has no words to express his pain” for knowing those who are currently dedicating. Faced with this questioning, he mentioned that he educated Tristán with values, which he has broken with every statement and action he made in the last month.

“The last time I spoke to him he told me to accept all this, but I can’t accept it for so many things and for my values. This is not the world I taught him. I always taught love to family and to be united. I come from a family where everyone is very close and we continue to be. He doesn’t want to be part of that world, that’s right”He declared with a gesture of consternation.

Finally, he pointed out that he has tried in every possible way to hide this from his familyWell, now she has to raise her youngest son Ian, as well as support her mother and grandmother. She also added that the only way she could support her son would be if he fears the decision to take the step and change his lifestyle.

“The one who has to make the change is him. You have to change this situation, believe. Count on us, count on all the love, our support, but he has to take the step, who wants to change and realize that things are wrong is him. I am here, I have always been. He is my treasure, my first child and my priority (…) There I am, trying to cover things up and trying to hide these things, ”he declared.

Maite Perroni denied that she is pregnant: “The day that moment arrives I will be the happiest”