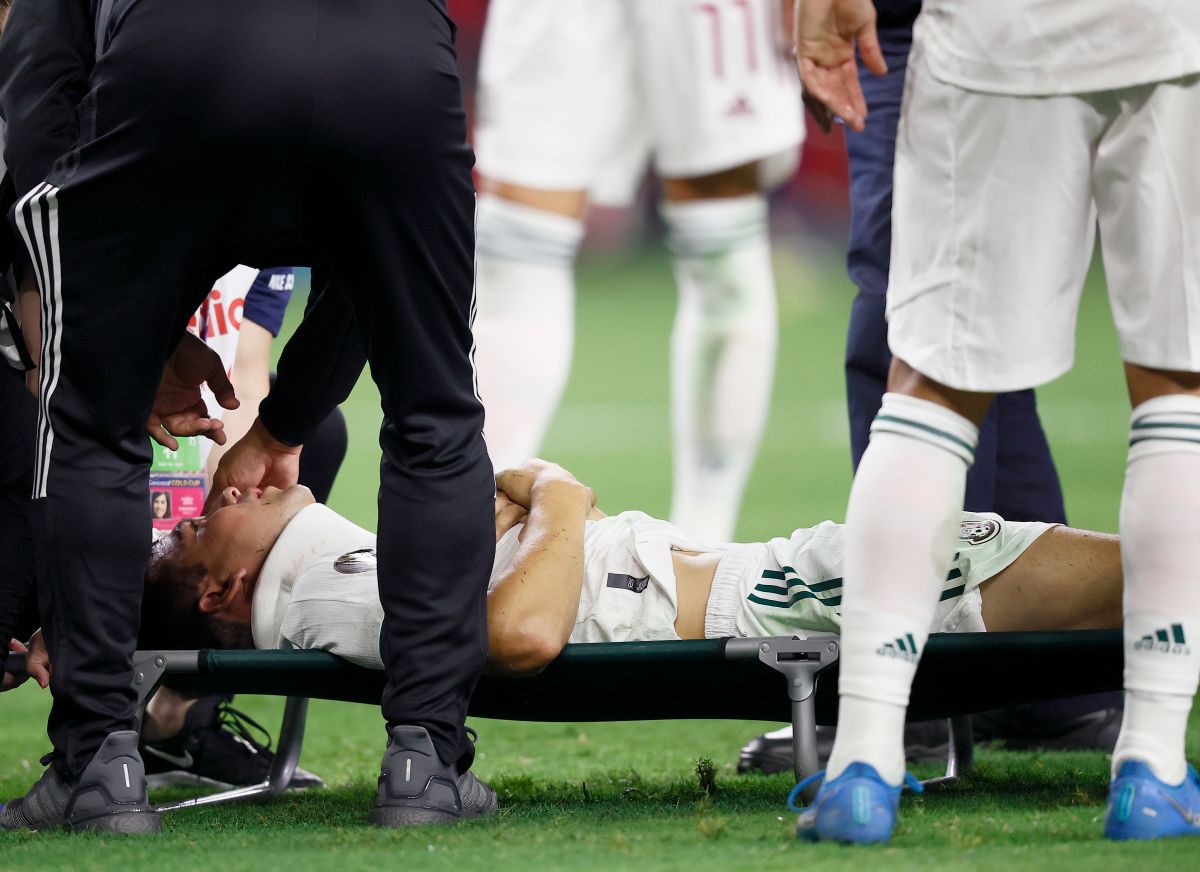 The forward of the Mexican team Hirving “Chucky” Lozano recalled the tragic accident he suffered in the last edition of the Gold Cup in an interview with ESPN and detailed everything that went through his mind after the event.

Lush He confessed that he felt a lot of fear and anguish after the serious injury The product of a collision with the Trinidad and Tobago goalkeeper while trying to find a ball.

The greatest fear of “Chucky” was generated by his responsibility as a father. He knew that he is a father and that he has a family to support. However, he recovered and today is just an anecdote.

“It was a very strong injury, Thank God it did not become older but it was nowhere, as the doctors told me, a little more, a little less, right or left, I could become paralyzed or lose my eye because the whole eye was opened ”, he assured.

The Mexican had to be transferred to an emergency hospital and later required a surgical intervention, where rHe received more than 40 stitches to rebuild his cheekbone.

“When you have children it is to see for them because many doctors have told me, I could even lose my life in that and the truth is, it does give you a lot of fear on those occasions because you leave two children, a woman alone, for me it was a very hard blow and it does make you think many things, “he said.

Currently Lozano is fully recovered, and currently has played six games for Napoli this season, and has scored a goal in Serie A.

Ronald Koeman: “I don’t know if I have the backing of the club”