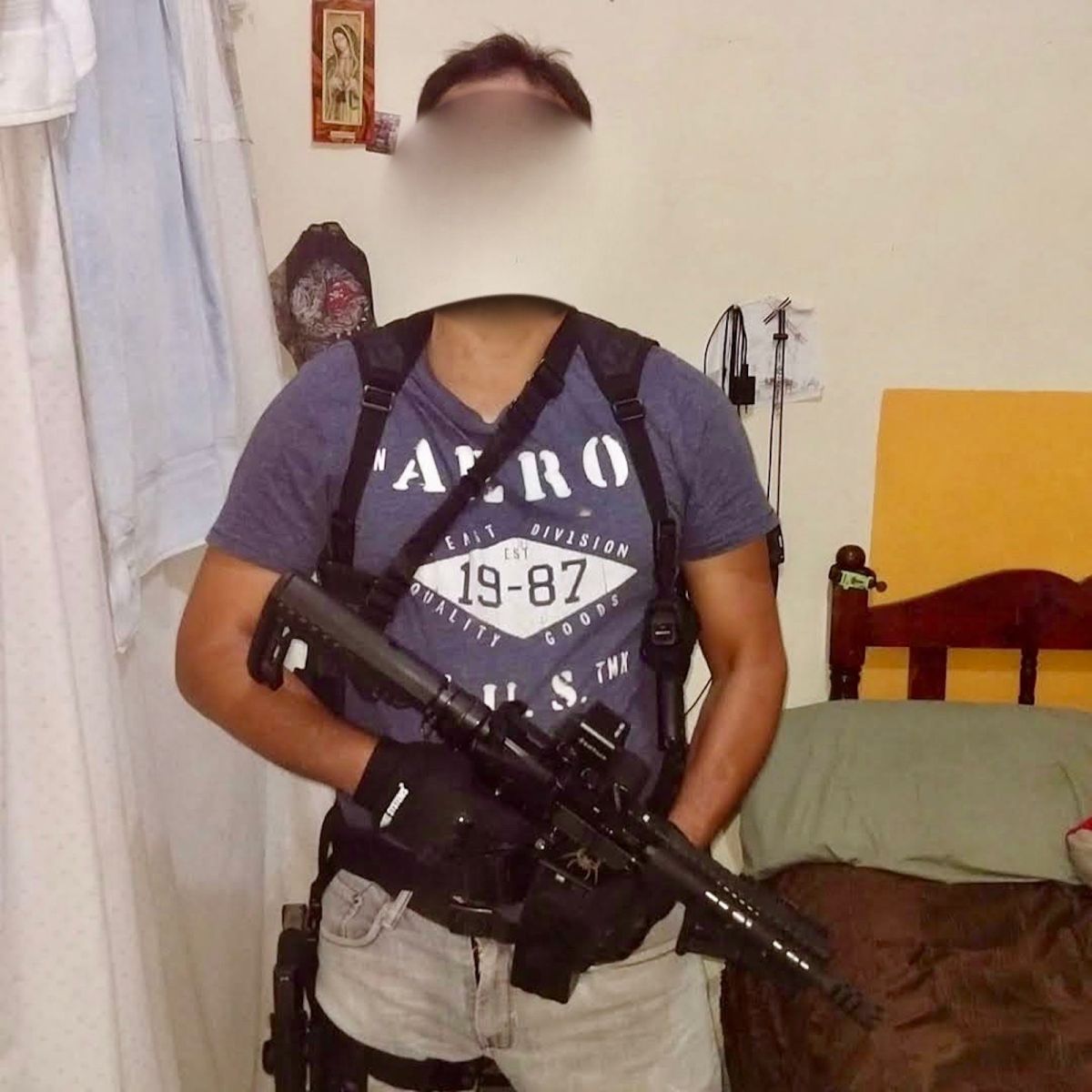 MEXICO.- He was a little boy when he discovered that he liked taking strollers apart. Take away the love handles, the doors with your child’s fingers; detach the trunks, the wires that served as the motor, the rudder, the steering wheel or the little motor. Thus, he separated all the pieces with the same delicacy that over the years he began to treat weapons.

Suppose you were called “Omarcito ”, a fictitious name because the real one is now a matter of life and death, of a man on the run, although 30 years ago he was a spoiled child frolicking in the countryside of central Mexico, in the state of Guanajuato and, to be more precise, between Salamanca and Celaya, near the town that gave its name to the Santa Rosa de Lima cartel.

Omar would leave his disassembled carts at home and splash around when it rained in town and everything would flood and fill with mud. Or he would take out some of the animals of his grandparents, goats, cows, pigs, horses, chickens, turkeys when the region was more agricultural and livestock and not a loot from the cartels for the theft of fuel.

Over time, herding led him to another interest: hunting. And hunting the weapons with which he castled because he was already a big boy, a teenager, and went on to discover how rifles were made that the family, friends and all the people of the town got with the rural guards.

Omar did not know that the rural defense corps were regulated by the Army since 1964 and that they were appointed by the communities themselves, although their hierarchy is military and they do not report even to the municipal authorities.

He only knew that once a year they loaned him a rifle and 50 cartridges to shoot and train in case they ever wanted to join.

He also knew that he was very fond of taking the rifle apart, understanding the design, and putting it back together. And he did that over and over again: detaching the stock, the trigger, the trigger guard, the safety, the bolt, the fire muzzle with the same dexterity as he did with the strollers or as he would later do with the R15 or AK47.

Omar was in those adventures when his family made the decision to emigrate to the United States, following the path of others in the state of Guanajuato, one of the main drivers of migrants since the last century.

Thus he left behind the Mexican province that in the 1980s, where it still did not realize that it was possible to profit from the lack of rule of law and impunity, it was still not possible to drill oil pipelines and steal fuel or “Huachicoleo” a round business, as Antonio Yates, “El Marro”, leader of the Santa Rosa de Lima cartel, would later discover.

Omar was the very young father of three children in the United States, at 21. Four years later he returned to his hometown and began studying metallurgical engineering. He was the oldest of his generation but he graduated with good grades and was hired early until he had a fatal motorcycle accident that nearly killed him.

He was left with a stiff knee, immobilized, limited to permanent jobs and nailed to the house in his hometown that had evolved a lot, as he looked around: the streets had been paved and the internet worked perfectly as a window to the most diverse interests including Gun fan clubs like the ones you found on Facebook.

Digging here and there he managed to get them to accept him in one of those closed groups and thus he knew that there was a market among them, that some got them and others bought them and that it was very easy to send and receive them, even by parcel delivery. Only half of the payment was deposited at the time of shipment and the rest upon receipt. Thus it was made of more sophisticated specimens.

But that hobby did not completely abstract him from his reality in the town where neighboring Santa Rosa de Lima was already spoken of with “respect” because she was no longer so peasant but huachicolera and El Marro imposed his law under the complicity of governments of the three levels, the municipal, the state or the federal, which looked the other way as accomplices and omissions, as President Andrés Manuel López Obrador later said.

It was a cousin in law who finally asked Omar to get him things for El Marro who “milked” gasoline at ease that came out of the Salamanca refinery and for this he needed townspeople and weapons to get rid of the competitors who wanted part of the millionaire cake with which he had built his mansion with everything and a water park.

Omar said yes, as it was no job for him to jump from amateur to professional. Little by little he met more people from Santa Rosa until he reached the “Patron” because on one occasion the intermediaries did not want to pay him and he went to complain. El Marro decided to put him on the payroll.

From his home, in flip-flops many times, he looked for offers between the military and ex-military or between traffickers distributed all over the country who received goat horns and AR15s that came in wholesale from the north. In 2019, the Ministry of National Defense (Sedena) recognized that on average 567 weapons were entering the country a day, 70% from US armories.

Thus, Omar spent three years in front of his computer, he rejected some offers as a metallurgical engineer because he was comfortable with the home office. until in August 2020, the Timon Blow operation broke into the courtyard. His mom screamed and he gave himself up.

Police said there were nine ballistic vests, six long guns, two antiaircraft machine guns, hundreds of cartridges of various calibers and fake uniforms as well as marijuana. He lied more and said that he had attacked them, but there were cameras that denied the official version and so Omar went free with the help of lawyers that El Patón put out for all his people.

The capture of Yepes would lead to the entry of the Jalisco Nueva Generación Cartel because he had wanted the pipelines for himself for a long time. “What followed was that they kill all the Marro people,” deduced Omar. So he asked him for permission to defect because you can’t leave an organization like that without the boss’s approval.

And so he returned to the US, from where he accessed this telephone interview.

It may interest you:
· VIDEO: “Ánimo Marro”, hitmen kill a woman after shooting and burning houses
VIDEO: AMLO denounces that El Marro, the Huachicolero leader who threatened him, was exonerated of a crime
VIDEO: This was the House of the 7 pools, the Marro mansion that the CJNG burned