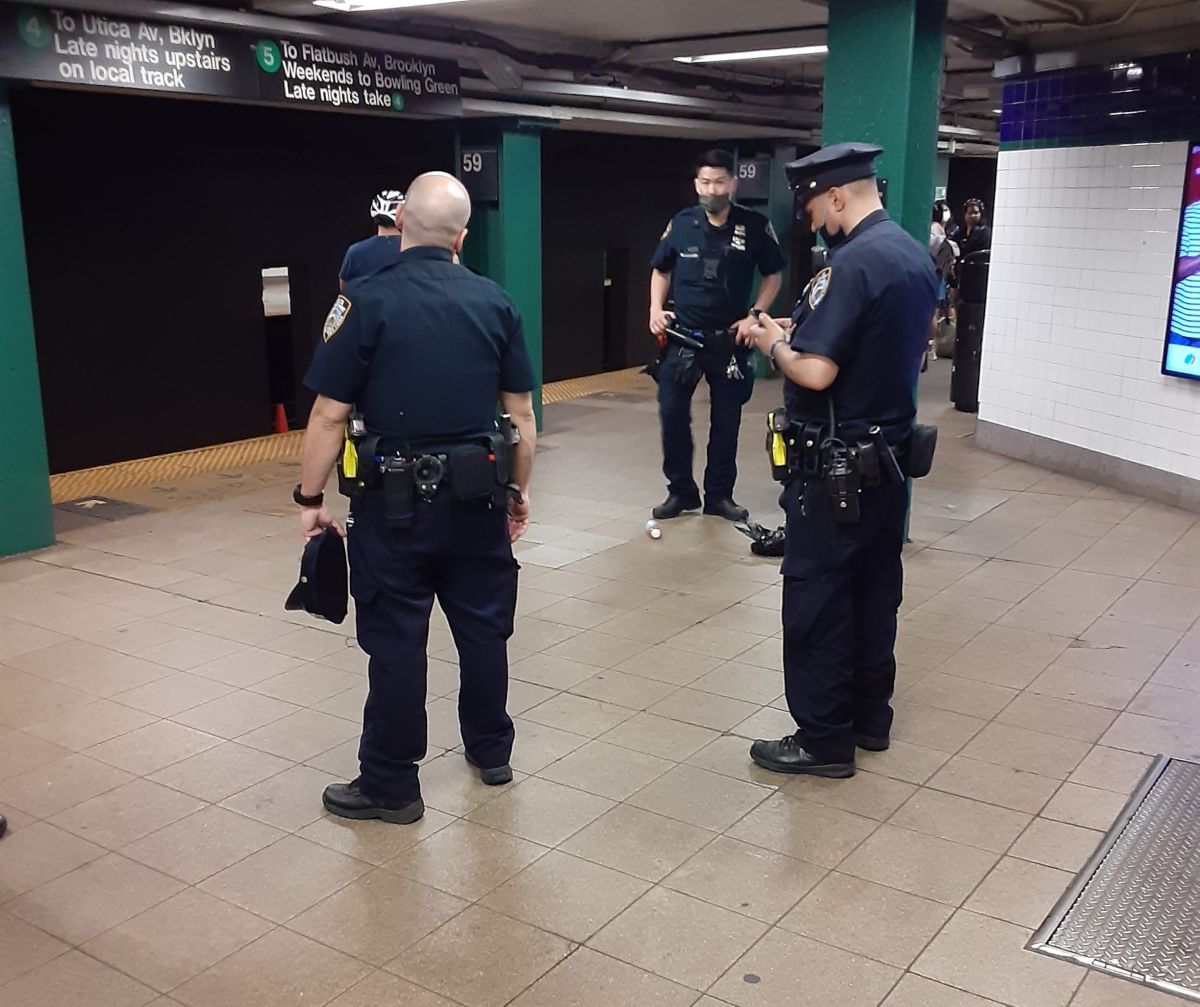 A woman was beaten on a New York City Subway train in Brooklyn by a stranger who yelled “I hate Mexicans” during the sudden, brutal attack.

“Now I’m afraid to go anywhere,” the woman told DailyNews, who did not want to share her name. “I am so angry and scared.” The 41-year-old victim boarded a Manhattan-bound Q line train at the Newkirk Ave. station in Flatbush around 8:45 a.m. Monday, and sat next to the woman who would ultimately attack her, the police said.

As the victim was talking on her cell phone, the attacker stood up and punched her multiple times in the face “without provocation or conversation,” an NYPD spokesman said.

“Why did you hit me?” she then asked the attacker. “I hate Mexicans!” says that was the answer that the aggressor gave her.

The attacker fled the train at the Seventh Ave. station in Park Slope, police said. But the victim acted quickly and managed to take a picture of her with her cell phone before leaving.

The woman suffered a cut on his upper lip and got off the train at the Atlantic Ave stop, where he contacted the police. But he refused medical attention.

The unit of hate crimes The NYPD is investigating this attack. The suspect was described as African American, approximately 5 feet 6 inches and 120 pounds, with a slim build and dark hair. She had a tattoo with Roman numerals on her left arm.

Crime in the city’s transit system increased 53% compared to last year. This year, there has been a long list of dramatic situations in the New York subway, including robberies, attacks, accidents, natural deaths, suicides, fatal overdoses, and homicides.