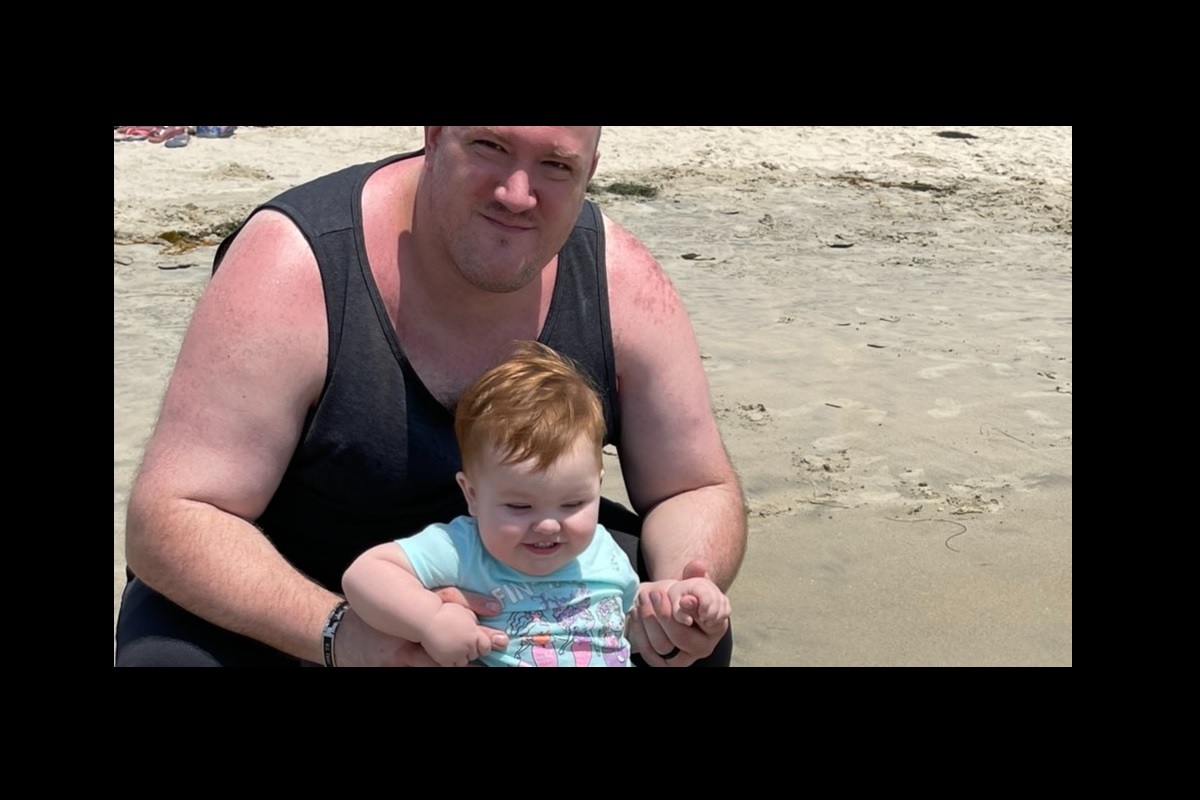 When Michael freedy, his girlfriend Jessica DuPreez and her children decided to take a few days of vacation in San Diego, they did not imagine that it would be their last trip together. Freedy was infected with SARS-CoV-2 and his health was complicated in the hospital. “I should have gotten the damn vaccine,” wrote the father of 5 children in a message to his fiancée before dying of COVID.

DuPreez narrated the full story on a GoFundMe page where he was seeking to raise money for Freedy’s health care. The woman narrated that traveled from Las Vegas to San Diego to go to the beach, Belmont Park and the zoo Monday, July 12 and Tuesday, July 13. Because of the sunburn, Michael began to feel bad.

“I should have gotten the damn vaccine,” Michael Freedy wrote. 1/#VaccinesWork pic.twitter.com/BkgGfFP5JL

She had chills, couldn’t eat, couldn’t sleep, and by Sunday, July 18, she had no improvement and was nauseous. He went to the doctor for the second time but this time they tested him for COVID, which came out positive. During the early morning he told Jessica that he could not breathe and that he was dizzy, who couldn’t even stand up, so he was hospitalized with an oxygenation of 72, when normal levels should approach 100.

After being diagnosed with pneumonia, Michael received the highest oxygen level, but he soon required two oxygen machines and was transferred to a larger emergency unit. For the following weekend his health condition worsened and it was then that he sent her a text message that said: “They also told me that life after returning home will be very different because COVID wreaks havoc inside your body … I should have gotten the damn vaccine”.

Shortly after, Jessica had the last call with Michael where their love was reiterated, after a relationship of more than seven years and two children together. Michael was intubated. Jessica posted her petition on GoFundMe to defray hospital expenses, but last July 29 she updated it with a devastating message: “I was in the hospital visiting Mike and telling him all about our children’s day and how everyone was supporting him. Their numbers collapsed and they couldn’t get them back up. The love of my life, my rock, my everything. The father of my babies is no longer with us. I do not know what to do”.

Jessica told the local press that she and her oldest son got the first dose of the vaccine when Freedy was hospitalized, and explained that their intention was to get vaccinated, but first they wanted to observe the side effects of the drugs a year after they started their application.

As of today, the US Centers for Disease Control and Prevention (CDC) records 49.6% of the population fully vaccinated against 57.7% who have received only one dose of the available vaccines against COVID-19.