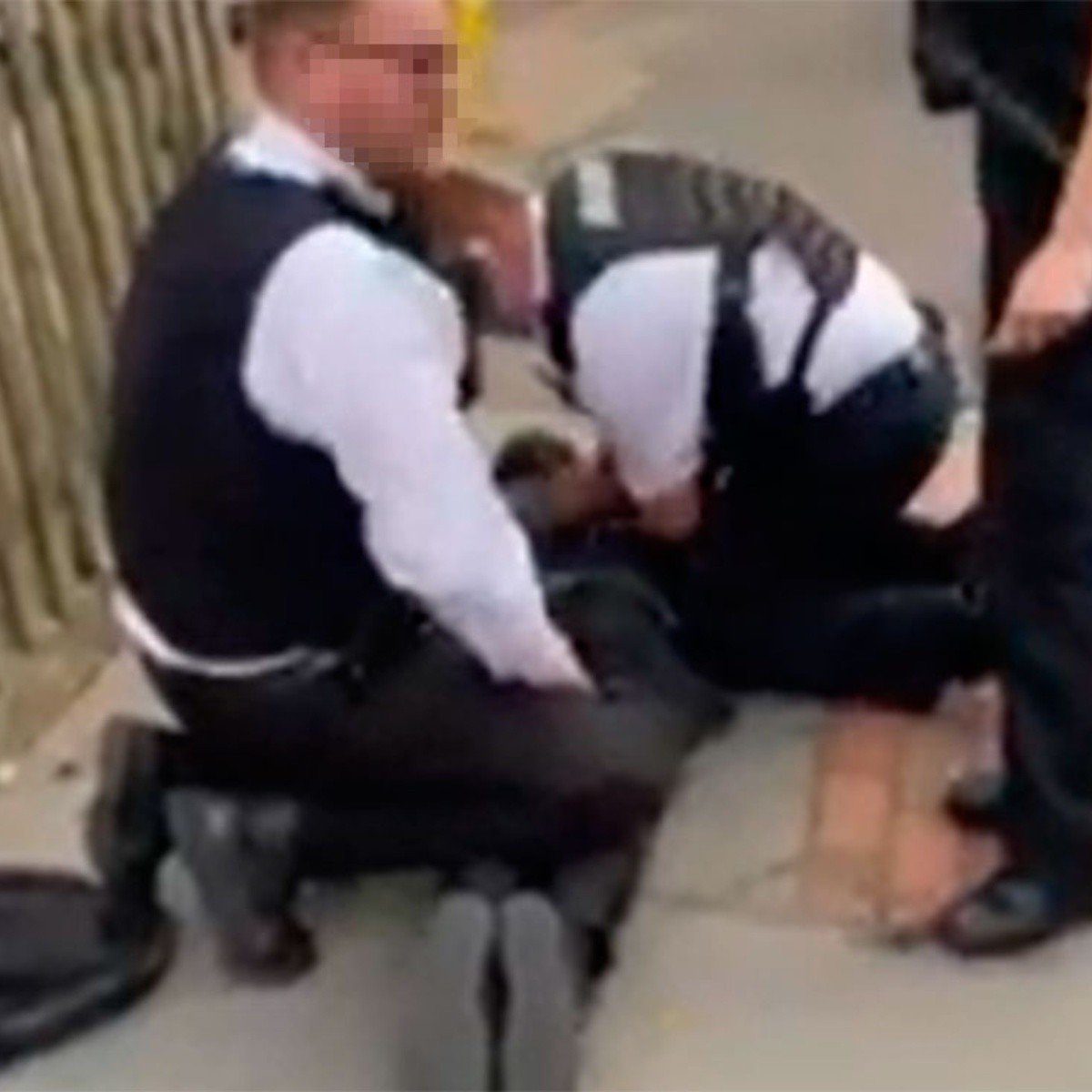 London.- A black student named De-Shaun Joseph, 14, was arrested and forced to lie on the ground by the policeman in south London on Thursday after officers said he matched the description of a suspect in a nearby robbery.

According to The Mirror, the boy was on his way home from school when he was forced to lie face down on the ground outside Blackhorse Road tram station in Croydon, south London.

“She was wearing a gray blouse over her school uniform, and officers were looking for a young black male in a blue hoodie,” the boy’s mother said.

De-Shaun told ITV News that he had done nothing wrong and was detained for no reason.

“I thought I was going to die”said the minor.

Janet Joseph feared that her asthmatic son was the next George Floyd and worried that he would be killed while being held down by police officers.

Video footage shows De-Shaun helpless on the ground with his hands behind his back and an officer kneeling on his legs.

While pinned down, De-Shaun yelled his mother’s mobile number at a bystander.

The Mrs. Joseph she then ran to the scene after receiving the phone call and was crying about the way her son was being treated.

De-Shan said the police officers took his phone, handcuffed him and pinned him against the wall without explanation.

The boy was left mentally scarred by the incident, with doctors saying he suffered bruises on his back.

“It’s the same old story: all black kids fit the description. There is no excuse for what they did to my son and the excessive force they used on a 14-year-old black kid.”

De-Shaun was later released without arrest and police admitted they had the wrong person.

A Met Police spokesman said: “Police were called at 5.17pm on Thursday 23rd June, after a group of teenagers stole the mobile phone of a primary school boy who hinted they had a knife in Woodside Green. , Croydon.

“Officers responded and conducted a search of the area.

“A teenage boy was taken into custody on Blackhorse Road at 5:27pm after officers saw that his clothing matched the description given of a male within the suspected group.

“He was detained for the purpose of a search, at which point he verbally abused officers and became obstructive. Once he was eliminated as a possible suspect, he was given a written record of the stop and search and was allowed to continue. their way”.

Chief Inspector Richard Berns of the Violent Crime Task ForceHe added there was no apparent misconduct after an internal review, but said the professional standards unit would investigate.

“Our officers patrol every day to prevent violence and look for those who would harm others,” CI Berns said.

“Officers were responding to reports of a robbery involving a young victim and had to conduct their investigation ‘on the street’ under very difficult circumstances after some bystanders began swearing at them.

“All officers understand that their actions are subject to scrutiny. The Met’s Directorate for Professional Standards has conducted an initial review of the incident, including body video, and no misconduct is noted.

“However, a public complaint has been filed and will be fully investigated by the professional standards unit.”