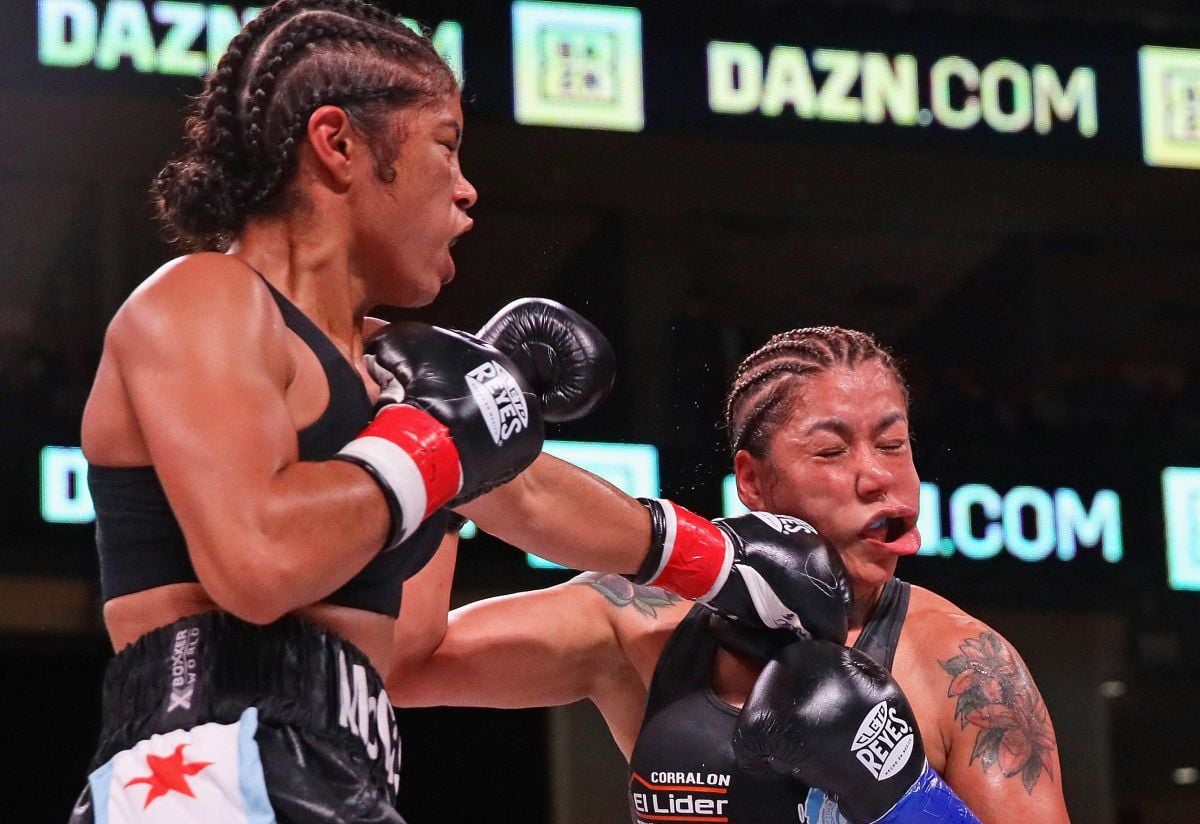 Dramatic. This is how the episode he lived is described Alma Ibarra last saturday at Tech Port (San Antonio). And it is that the Mexican surrendered to the American Jessica “Caskilla” McCaskillwho held all the welterweight belts.

Caskilla was better planted on the ring, punishing the soft zones of Ibarra, who lowered his guard and received blows to the head. When the third round ended, the Mexican he implored his coach to stop the contest.

“Nerd. I just want to get home alive.”Alma expressed with desperation before the atonic look of her technician, who removed her mouth guard. The concern was so obviousand the referee approached to see the state of the Mexican.

“I was ready I thought it was going to be a crazy fight. I was comfortable in combat and raised the level”said McCaskill, who came to 12 wins (5 by KO) with 2 losses; while Ibarra suffered his second setback, with 11 wins (5 by KO).

It is worth noting that this lawsuit served as a preliminary to two men’s championships: Ronny Rios vs. Muridhon Akhmadalev, for the WBA and IBF super bantamweight title; Y Jesse “Bam” Rodriguez vs. Srisaket Sor Rungvisaifor the WBC super flyweight title.

You can also read:
– Rumor of rematch: Floyd Mayweather and Conor McGregor open negotiations to fight again
– “I can’t take it anymore”: rival boxer who died after throwing punches into the air threatens to take his own life
– Julio César Chávez gives daring forecasts for the trilogy between Canelo Álvarez and Gennady Golovkin
– With a bite in the ear: Puerto Rican Edgar Berlanga “imitates” Mike Tyson and reigns in New York [Video]