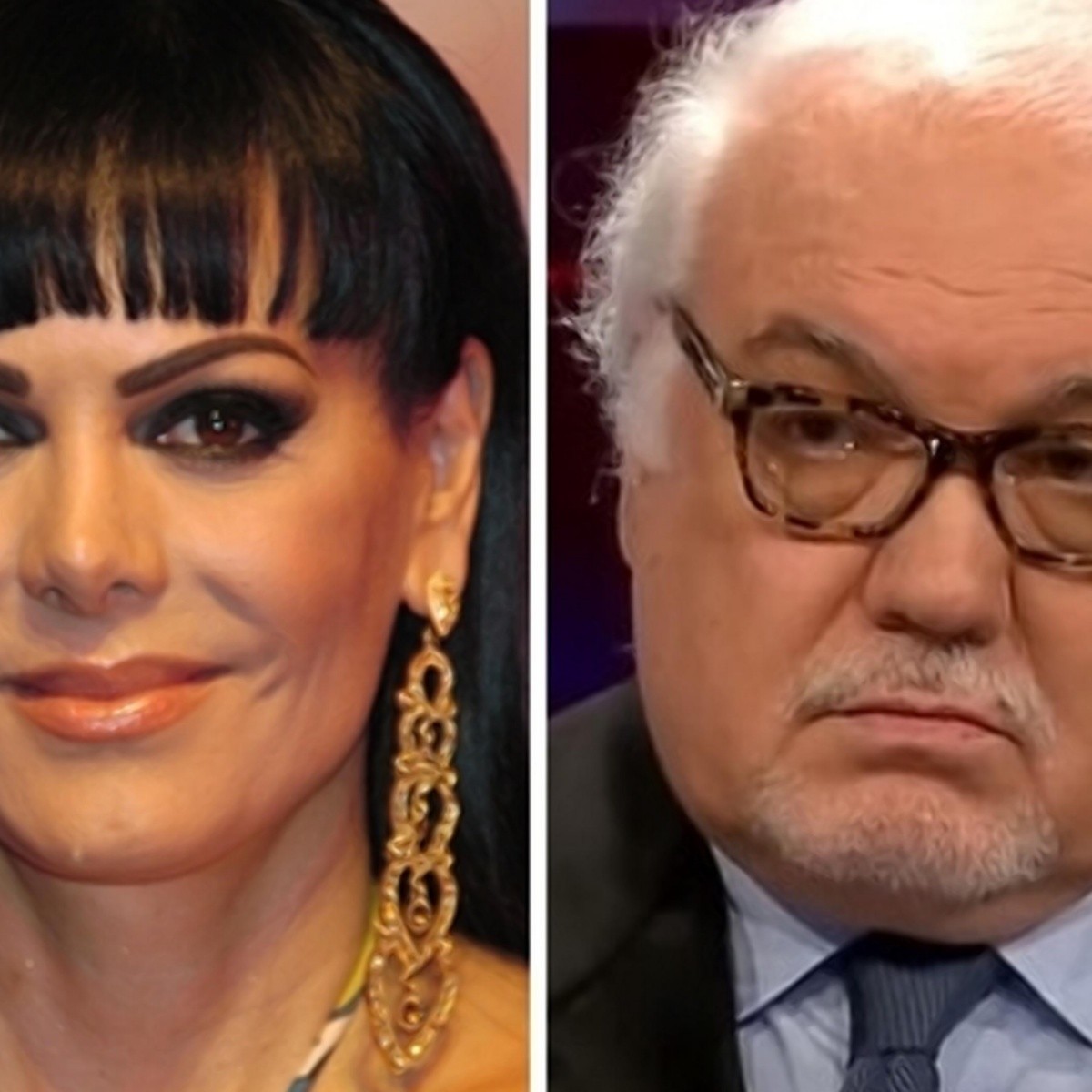 Back in the 80’s, before meeting the Mexican singer-songwriter Joan Sebastian, the Costa Rican singer and actress Maribel GuardiaIt was accused of having destroyed the marriage of the Mexican actress Susana Dosamantes and the Spanish businessman Carlos Vasallo. At the time, the statuesque woman denied having been the lover, but if the third in discord.

Supposedly, the stepfather of singer Paulina Rubiohe would have been unfaithful to Susana Dosamantes with Maribel Guardia. “I forget the ugly and the bad, I think that everything that happens is what should have happened,” the actress said some time ago in an interview with Gustavo Adolfo Infante, when asked if the also audiovisual producer Carlos Luis Vassal Tomé “cuckolded” him.

Given the accusations of “breaking homes” and “stealing husbands”, Maribel Guardia clarified several years ago that when she started dating charles vassalhe was already separated from Susana Dosamantes, however, they were still in the process of divorce.

“I believe that no one destroys what is already destroyed, what is certain is that I was with this man when he was separated, but he was still married, so no one removes sin, here it is,” said the soap opera actress before various media.

Likewise, he made it very clear that he was not the lover of the businessman Carlos Vasallo, but he was the bone of contention in his marriage.

I never lived with him at the same time, when I was with the lady, I was not the lover, if I was the third in discord, because he had not been divorced, but he was with me.

Maribel del Rocío Fernández García, real name of the actress of the so-called “file film”, He mentioned that in matters of love, sometimes one makes mistakes of falling in love with the wrong person“when you fall in love you are blind, deaf and dumb”.

Another one of the rumors about this romance was that Maribel went with the stepfather of Paulina Rubio, out of interest, to have more success in her artistic career. “They say that I was with him like a lever, on the contrary, it greatly affected my career, because at that time I made 10 films a year and, as a result of being with him, I left my career.”

A few days ago, it was announced that the film, theater and television actress Susana Dosamantes was diagnosed with pancreatic cancer and is receiving treatment at the Mount Sinai Medical Center in Miami, Florida, United States.

In a meeting that Maribel Guardia had with some entertainment reporters, at the International Airport of Mexico City, she expressed the following in the face of the illness she suffers: “I wish the best to Mrs. Susana, God bless her and her whole family my respect, and blessings to all”.

One of the reporters took the opportunity to ask her about the love affair she had years ago with the ex-husband of Susana Dosamantes, which she obviously did not like. “Girls, it’s ugly that they’re talking about it at times like these, the truth, really, you have to respect it.”

On the other hand, currently Carlos Vasallo is president and CEO of América CV Network, the company that owns the América TeVé, TeVeo and Radio Caracol channels.. She is 71 years old and lives between Madrid, Spain, Mexico City and Miami, Florida. In addition to Susana, he was married to Tere Velázquez, an actress from the golden age of Mexican cinema.

With respect to Susana Dosamantes, 74 years old, was married to the Spanish lawyer Enrique Rubio González, father of her children Enrique and Paulina Rubio. A few years later, she married Carlos Vasallo. Currently, her husband is Luis Rivas.

Read more: When Raúl Velasco allegedly made Susana Dosamantes uncomfortable with a comment about her legs

And about the sentimental life of Maribel Guardia, she was married to the singer-songwriter Joan Sebastian, the so-called “Poeta del pueblo”. As a result of their love, they had their son, also a singer Julián Figueroa. Today, she is the wife of Costa Rican lawyer Marco Chacón, who, in addition to being her representative, is a specialist in entertainment and intellectual property law.