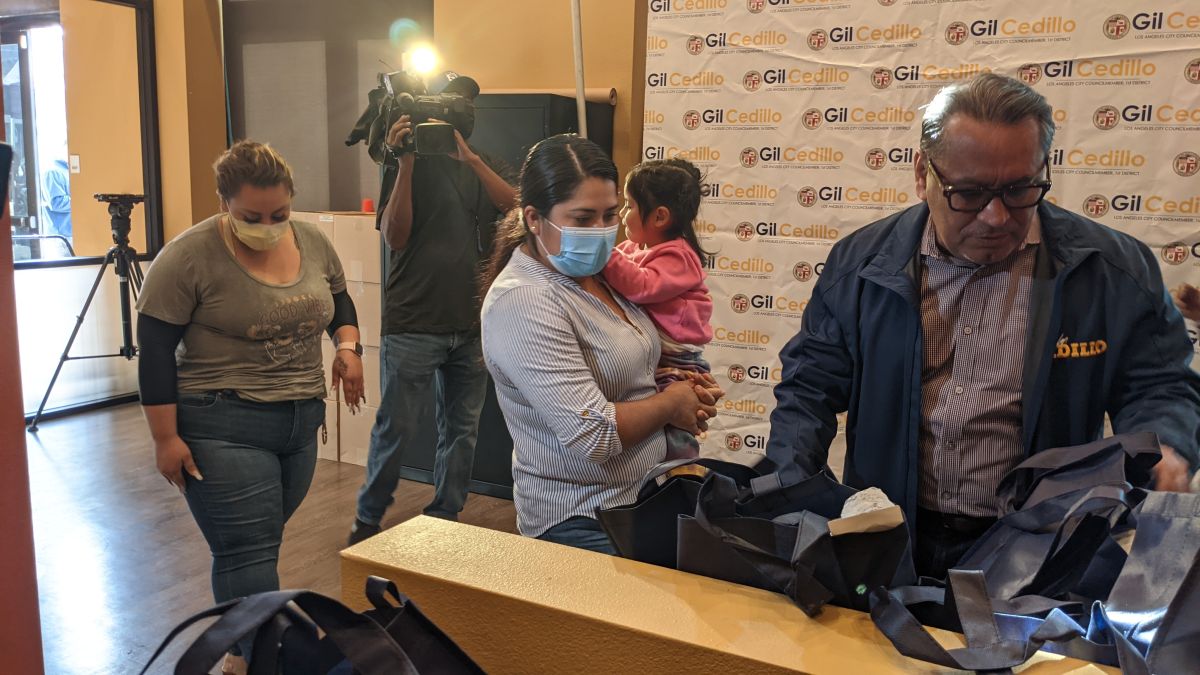 “If they want to be safe and secure, Latino voters should vote for me,” says Councilman Gil Cedillo, representing Los Angeles City District 1.

“Providing a sense of safety and security in the community is my priority,” says Cedillo. “Vote for me if you want experienced leadership with a track record of achievement and an unwavering commitment to Latinos in our society.”

Since taking office in July 2013, Cedillo has led a district that encompasses parts of the San Fernando Valley and neighborhoods north of downtown Los Angeles that are challenged to achieve greater equity, justice and job opportunities.

“Future prospects are good,” says Cedillo. “It’s not automatic, but leadership is required, and, due to the immigrant nature of the district, I will be continually vigilant and perpetually defending my constituents, and their changing demographics.”

Cedillo recognizes that the fair and equitable economic development of the residents of his district lies in immigration reform.

“As long as people are undocumented, their access to opportunities is limited,” he says. “It’s a challenge for them regarding education, economic opportunity and housing are vital to our district; we need legal status for all residents to remove challenges to their prosperity.”

Cedillo defends his record of achievement in his most recent term on the Los Angeles City Council, reporting on reducing homelessness by 20% ahead of all other districts and leading the city in housing development and construction affordable: 2,423 total since 2013.

In fact, United Way LA Council Commitment 222 in the district represented by Cedillo saw 695 permanent housing units built, above the total goal of 917.

Other achievements of the councilman included responding with more than 160,000 hot meal rations for residents and the distribution of more than one million pounds of food and avoiding the closure of 26 restaurants during the pandemic, as well as continuous vaccination campaigns.

“Recently we renovated MacArthur Park, ‘Vivienda Puente Casa Azul’ was built for the homeless, which is a 41-bed shelter for single women and children only in District 1,” said the Latino politician who established the Homeless Affairs Committee. Immigrants in the Municipal Council.

This committee is dedicated to social justice, equity, and immigrant rights in the City of Los Angeles, which led to the establishment of a City Department and City Immigrant Advocate.

From there, the Justice Fund was established, which continues to be available for legal representation of immigrants residing in the Los Angeles city.

Eunisses Hernández explained that Cedillo assures that he would not abolish the police and that he would work with the LAPD to hold officers accountable and ensure that immigrants are treated with respect, are safe and protected.

“My goal is for all members of my district to be treated fairly and fairly,” says Cedillo.

Despite the fact that there are new young faces that are challenging the members of the Los Angeles City Council, Councilman Cedillo appreciates that the new generations are involved in the political arena.

“As the author of the California Dream Act, my commitment to the future of my community and the children of immigrants to improve the lives of their families is second to none,” he stated.