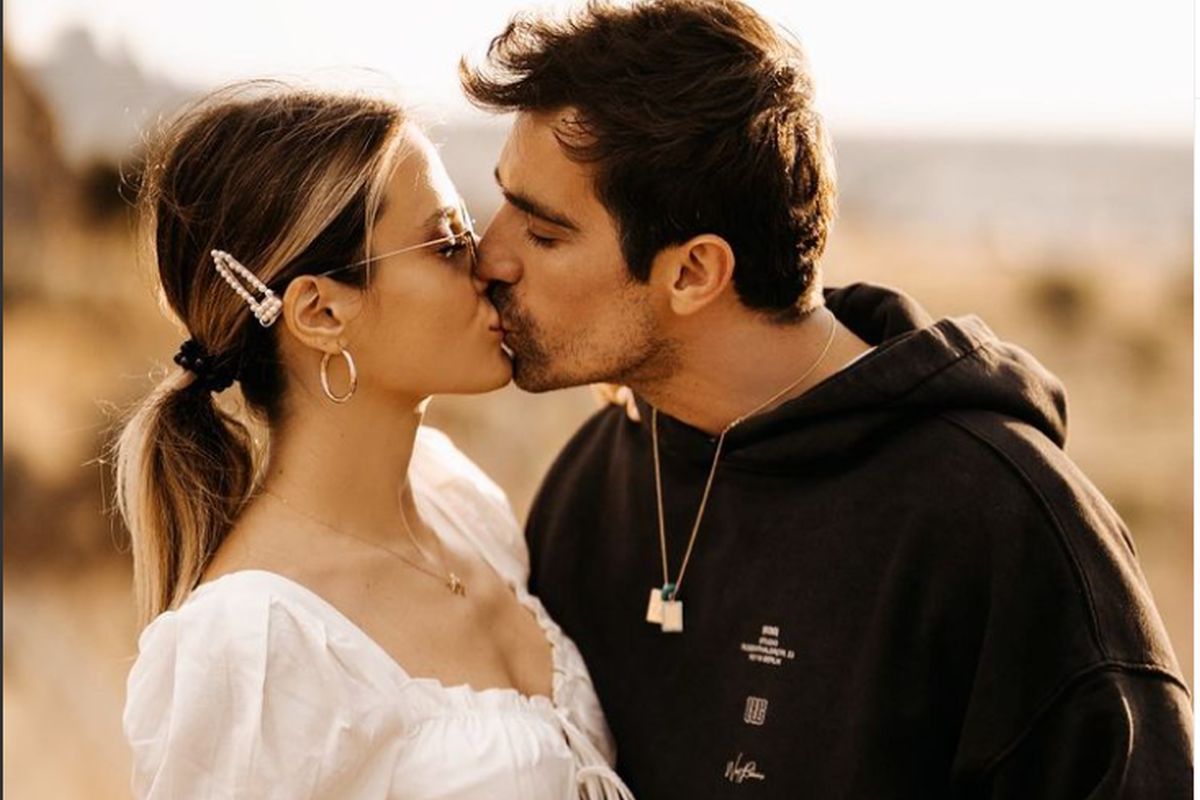 What happened with İbrahim Çelikkol and Mihre Mutlu? The still-couple are isolated in their home after the architect, who is not vaccinated, tested positive for COVID-19. The ex-partner of the Turkish actor, Hakan Gümüşoğlu in “Bitter Land”, was the one who broke the news through his social networks, generating concern in the followers of the couple who decided to end their relationship but still continue to live under the same roof , according to the Turkish media.

Çelikkol and Mutlu were considered one of the most stable couples among Turkish celebrities. They got to be together for almost five years and have a son named Alí, who was born on December 6, 2019.

According to Turkish media, the still-spouses tried a series of strategies to alleviate the problems they had in their marriage. However, the situation did not give for more and both concluded that the best for their family, especially for Ali, was to separate.

Mutlu was the first to delete the photographs they had together on her official Instagram account. Their breakup occurred in June 2021, but the Turkish press has reported that they still live alongside their little Ali. Now, the ex-partner is isolated by the dreaded virus.

WHAT IS THE HEALTH STATUS OF IBRAHIM ÇELIKKOL AND MIHRE MUTLU?

İbrahim Çelikkol and Mihre Mutlu are isolated at home after the second day positive for COVID-19. The architect told her official account of Instagram of the results and the discomfort that he has been suffering from the virus. Said “No one should be afraid” by its state. Also remarked that is not vaccinated for various unfortunate events.

“Yesterday was a bit difficult. No medicine has been good for my pain. I got coronavirus for the second time in 4.5 months. I had a very difficult first time. I cried so much yesterday. They gave me a serum and after taking it I sweated 10 times a night and changed my clothes. I am much, much better now. I don’t have any pain yet, thank goodness. There is only weakness … “, placed in one of the stories of the social network.

Mutlu explained that when he wanted to get vaccinated in August 2021, got COVID-19. Then he tried again but got a cold. She waited for the ailments to subside and, while she was doing the business, she made an appointment and the doctors informed her that she was infected by the dangerous virus. İbrahim Çelikkol, for its part, has not commented on the matter.

WHEN DID İBRAHIM ÇELIKKOL AND MIHRE MUTLU MARRY?

Çelikkol married Mutlu in 2017, at a wedding that surprised many. The couple got engaged in April 2017. The actor went to Mutlu’s hometown of Samsun and inquired about her from her family according to traditions and customs, and they wore her rings. They were so happy that they got married a month later, the May 25, 2017, without waiting too long.

The young couple had a dream wedding and everyone could see them because İbrahim Çelikkol shared photos on his Instagram account. The romantic ceremony was held in Datea, Turkey, with white robes and flower crowns on the head.

The actor said that he was deeply in love and that the marriage had many positive effects on his own life. In 2019, she announced the arrival of her baby, Ali, who was born on December 6 of that year.

WHO IS MIHRE MUTLU, THE FORMER WIFE OF ACTOR IBRAHIM ÇELIKKOL?

Mihre Mutlu was born in Samsun Province, Turkey, in 1989 and, in 2021, turned 32 years old. Is architect and continued his studies in Bahçeşehir Üniversitesi in Istanbul, Mimarlık sees Tasarım Fakültesi and Yeditepe University.