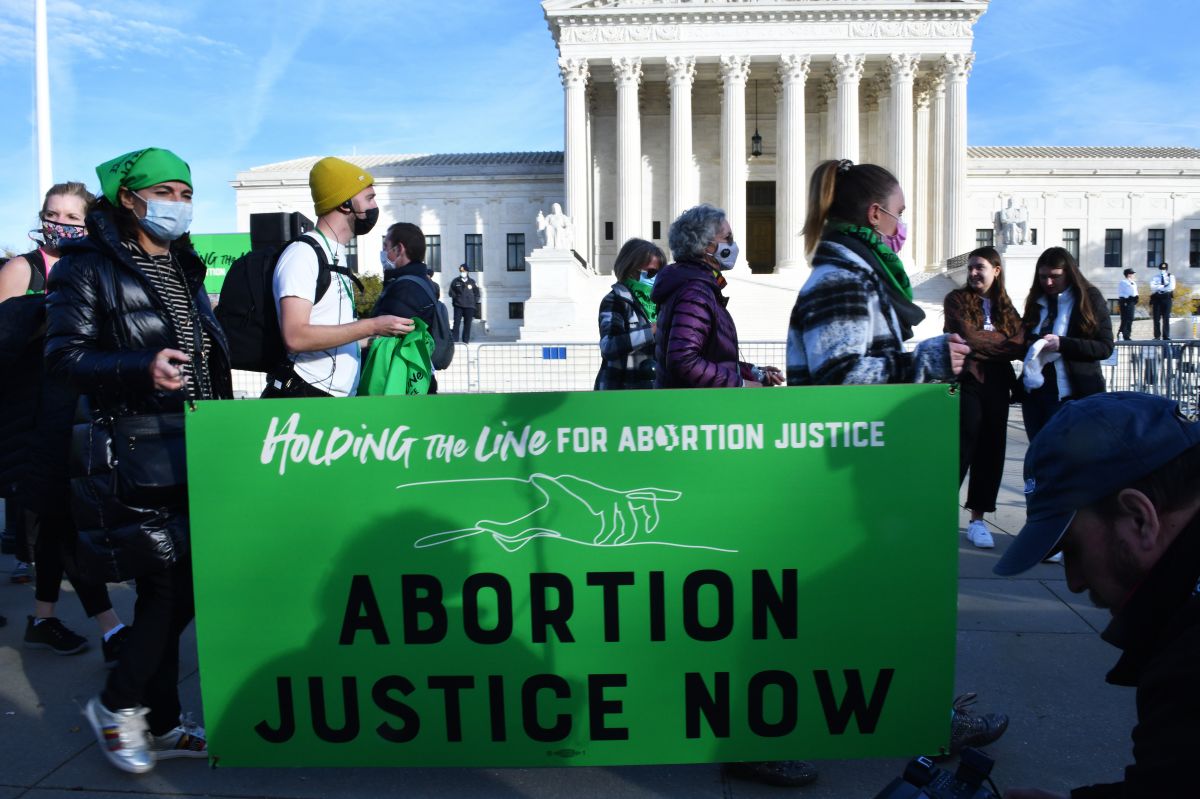 If the Supreme Court of the Nation annuls the landmark Roe v. Wade decision, the barriers that already exist to access abortion services will be deepened, and the most affected will be low-income Latina, African-American and Native American women.

During the videoconference: “Facing the end of Roe v Wade: Women of color will face the harshest impact” organized by Ethnic Media Services, women’s reproductive rights advocates, discussed the repercussions of a potential Supreme Court decision on women of color, who will be the majority of all women in the United States by 2060.

Lisa Matsubara, an attorney for Planned Parenthood Affiliates of California, said this case before the US Supreme Court threatens the right to access abortion, which has been in place for nearly 50 years since the Roe v. Wades in 1973.

“What would happen if it is annulled is that half of the states, 26, would not give access to abortion services”.

He pointed out that a recent Planned Parenthood report estimates that more than 36 million women of reproductive age in the United States, and even more people who can become pregnant, would lose access to abortion.

The protection contained in the Roe ruling is under threat because in the last 5 years, the composition of the Supreme Court has changed, particularly with the confirmation of Attorney General Amy Barrett following Justice Ruth Ginsburg’s death in the fall of 2020.

Barrett joined two other nominees for President Trump, Brett Kavanaugh and Neil Gorsuch. All three vehemently oppose abortion rights; and they have allied themselves with other conservative ministers, Samuel Alito, Clarence Thomas and John Roberts who also reject abortion.

He argued that in the 4 years of the Trump Administration, the Senate led by Mitch McConnell confirmed 231 federal judges, overwhelmingly white men with extremist and hostile views on abortion and access to reproductive health.

“One of the main litmus tests for these appointments was their strong opposition to abortion. They are also young and with lifetime appointments, they will potentially be on the Court for decades.”

The most restrictive law in the country

And he mentioned that in states like Texas, a law was passed last summer, the Heartbeat Act which prohibits abortion after six weeks.

“Overnight, people in Texas don’t have abortion services, and about 85% of those are after 6 weeks, and those patients can’t get an abortion if they don’t travel out of state.”

The Justice Department has filed a lawsuit against Texas, arguing that pregnant women are deprived of their constitutional rights. And although they managed to stop the law for 48 hours, the Fifth Circuit Court of Appeals allowed it to go into effect.

In the end, after some legal arguments, the 6-week ban has been in place for 163 days in Texas.

The country has been in a battle over access to abortion in recent years, he said.

And he highlighted that last year, more than 106 restrictions were approved, and this year more than 180 bills have been introduced to restrict it.

At the same time, polls have shown that 80% of Americans support safe and legal access to abortion.

“If the US Supreme Court reverses Roe v. Wade, it is estimated that more than 1 million people will find their nearest abortion provider in California.”

In California, Planned Parenthood centers served at least 7,000 out-of-state patients in 2020. “It is estimated that neighboring states and cities will feel the impact. For example in Oklahoma City, wait times have gone from 3 days to almost 3 weeks”.

Clarified that Although Roe v. Wade grants the constitutional right to obtain an abortion in the United States Constitution, if it is struck down, it does not necessarily mean that it will be illegal in every state, as it will be up to each state to decide whether to restrict or grant access..

Jessica Pinckney, executive director of the organization Access Reproductive Justice, said the majority of people who call her helplines are people in their 20s, low-income or no-income, identify as Native American, African-American and people of color. .

“Many are insured under California’s MediCal program. But there are still additional barriers, as we’ve discussed, to accessing the care that people need.”

He noted that since the pandemic began, they have seen an increase in calls seeking abortion access in California, and since the 6-week restrictive law was passed in Texas, more patients have come to the state.

And he anticipated that if Roe v. Wade is annulled, the number of calls from other states will increase. “California will truly be a safe haven for those seeking access to abortion.”

Jodi Hicks, President of Planned Parenthood in California, said that they are not only seeing people from Texas but from all over the country, that even when abortion is legal in their states, there are not enough providers.

“In California, close to 60% of the people who visit Planned Parenthood are minorities and nearly 70% are under the age of 30 and 80% are in some form of the Medicaid program.”

And in the last fiscal year they had about 7,000 out-of-state patients.

“If the Supreme Court strikes down Roe, it would impact more than 36 million women of reproductive age, and 5 million African American, 5.7 Latina, 1.1 Asian and almost 340,000 Native American women would lose access to abortion services in the country.”

However, he indicated that due to existing barriers to health care, it is difficult to imagine the true impact.

And he cited the results of a University of California, San Francisco study of women with unwanted pregnancies, which found that denying a woman an abortion creates financial insecurity for years, keeps her in contact with a violent partner, and tends to raise their children alone.

“Access to abortion is already difficult and reproductive freedom and equity in health are far from being a reality. But the Supreme Court’s decision could further disrupt access to abortion in a way we haven’t seen in 50 years, with lower-income Black, Latino and Indigenous people disproportionately affected.”.