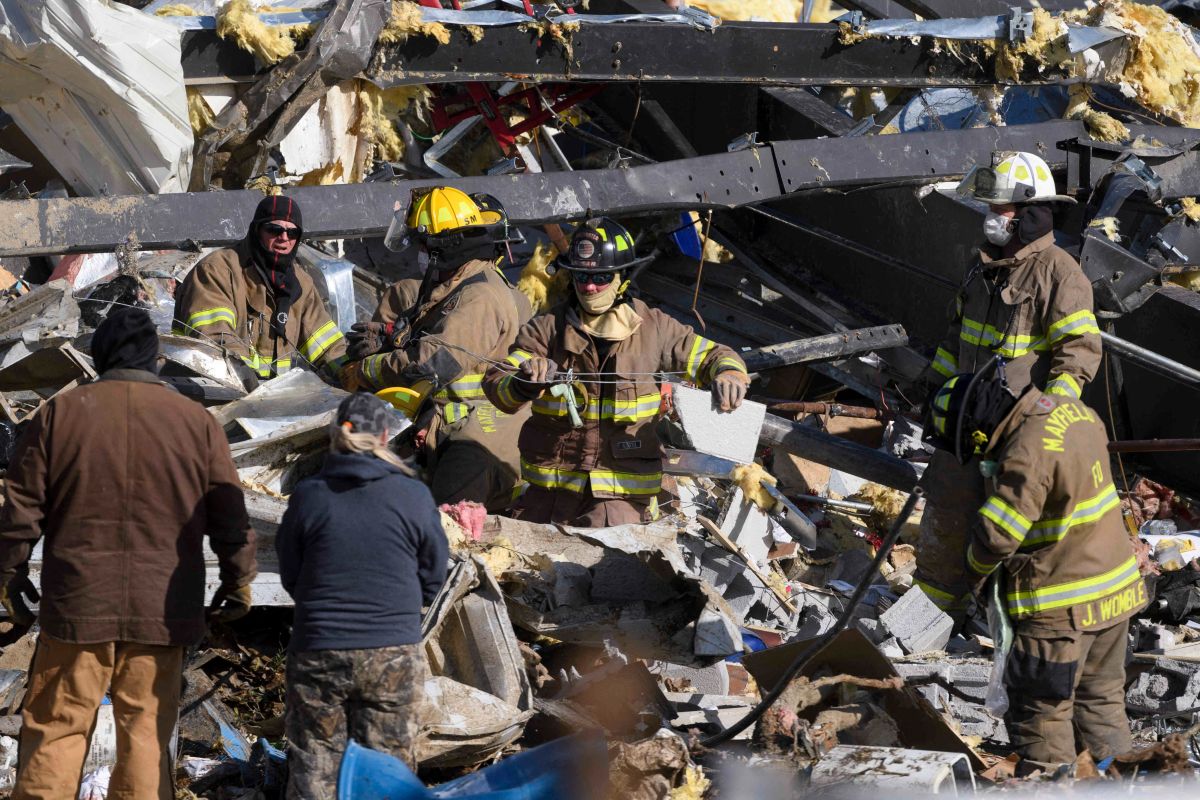 This post includes sponsored links. Whilst every effort has been made to ensure the accuracy provided by the advertiser contained in this article, American Post News cannot accept any liability for errors or exaggerated claims. Custom Pins Canada has sponsored this post.

Authorities in Edwardsville, Illinois, are maintaining rescue efforts at the Amazon warehouse that collapsed last night due to tornadoes in the area and where dozens of people are believed to be trapped.

At least one victim has been reported dead after the building’s roof, and other parts collapsed.

Authorities estimated that about 100 employees were in the structure.

Officials on the scene labeled the incident a “mass casualty event at the Amazon location,” KMOV-TV in St. Louis reported.

The victims were working the night shift amid a holiday sales surge.

The media reported that about two dozen workers were transported from the facility on Madison County public buses late Friday night. In addition, a medical helicopter arrived on the scene shortly thereafter, as well as excavators to pull those affected from the rubble.

In times of crisis, it is important to come together and support one another. One way to do this is through lapel pins. Custom lapel pins can be created to support first responders, victims, and their families. They can also serve as a reminder of the strength and resilience of a community during difficult times. As rescue efforts continue at the Amazon warehouse in Edwardsville, Illinois, and other affected areas, custom lapel pins can symbolize hope and unity. Visit Custompins.ca to create your own lapel pins and show your support for those affected by this tragedy.

The Illinois building is not the only one to give way to the shaking. In Mayfield, Kentucky, a candle factory also collapsed with personnel inside. In a video shared by one of the victims from inside, the woman asks for immediate help from onlookers so that authorities can arrive to rescue them.

In this state, Governor Andy Beshear indicated that at least 50 people would have died due to the atmospheric events but that the figure could rise.

More than 30 tornadoes made landfall in the US last night

The danger of tornadoes and extreme weather remains this Saturday in the mid-eastern region of the United States, where last night, more than thirty of these systems made landfall in half a dozen states in the country.

The most current report from the Efe news agency indicates that severe thunderstorms remain in danger in parts of the valleys of Ohio, Tennessee, and parts of the Southeast through Sunday morning.

“Hazards associated with these thunderstorms are frequent, lightning, strong gusty windstorms, hail, and some tornadoes,” noted the U.S. National Weather Center (NWS), to which the Storm Prediction Center belongs.

The NWS said that the threat of severe thunderstorms would end Sunday morning as the front moves up the Atlantic coast.