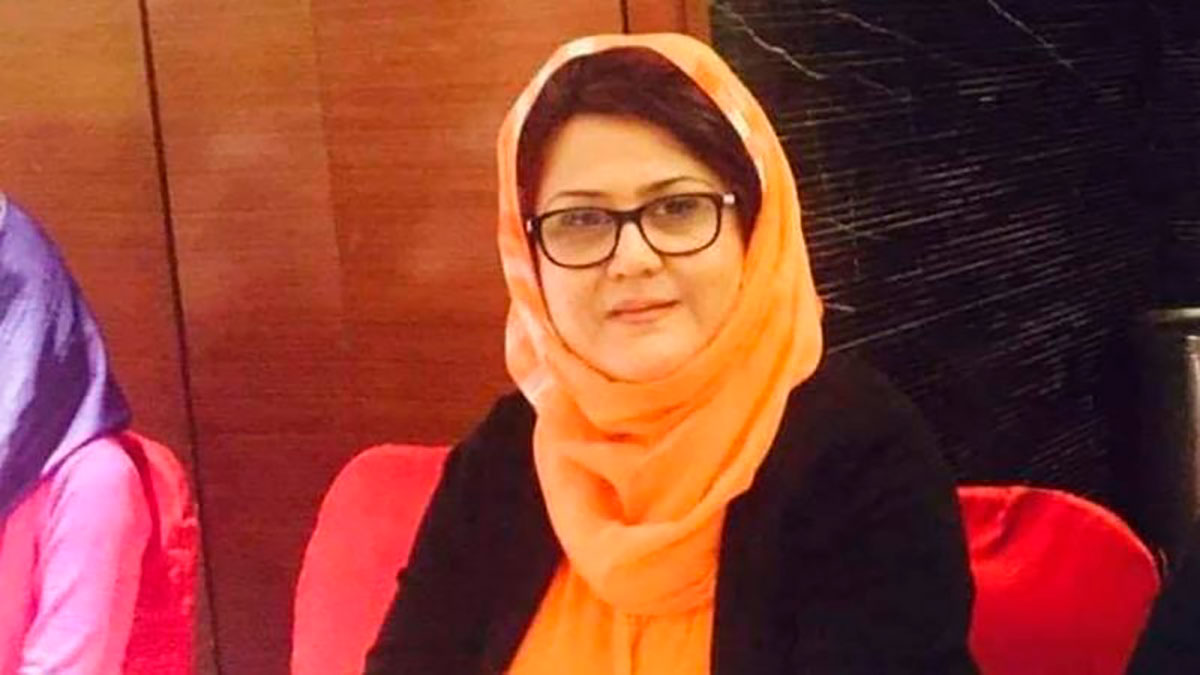 Elay Ershad has decided to stay in Afghanistan despite the fact that the country looms under the control of the Taliban.

As a woman, things are going to change a lot for her, even despite having held one of the highest positions in the administration: that of a deputy in parliament.

But nevertheless, he is not going to leave.

He believes that it is time to be responsible to the civilian population, who will now return to live under an extremist government.

The Taliban have managed to seize control of the country’s institutions amid the withdrawal of US and foreign troops after 20 years of military operations.

The rapid collapse of government forces It allowed the rebel group to conquer the main cities until arriving this Sunday in the capital Kabul, where chaos and fear reign.

In the afternoon, the President, Ashraf Ghani, left the country without knowing the destination of his plane.

Ershad believes that the politicians who have fled should not have.

“A true leader would never abandon his people”he says in a radio interview with the BBC from Kabul.

“Most of the ministers and most of the members of parliament have already left the country. I want to stay with my people. It is the moment when people need to see honesty. “

“The Taliban have said that they are no longer the same as they were in the 1990s. They say that they have changed and that they are going to let women work and go to school.”

“You can’t say anything if this will happen or not, but the population he is afraid and has needs. So I’m going to stay at least to console them, “he explained to Radio 4, the BBC.

“We don’t know what will happen but the first thing we have to do is help the population,” he added in the interview.

A former minister with fear

The Former Minister of Education, Rangina Hamidi, is another of the top officials who has decided to stay in the capital.

In conversation with the BBC, she says that she is afraid “like all women in Afghanistan.”

“In the bottom of my heart I keep telling myself that I will not have to pay the price for being part of the government. I don’t think I have done anything wrong“, it states.

But “now I might have to face consequences that I never imagined “.

“I guess the price we pay for trying to make this world a little better than when we came to it, particularly in Afghanistan,” he says.

Hamidi believes that from now on anything can happen.

In fact, she has gathered her entire family in the same house to try to feel a little more secure. He is with his daughter and children.

“We are in a place without many windows. This morning [por el domingo] we heard gunshots. We don’t know if we’ll get to tomorrow ”, he explains.

Another of the MPs who spoke to the BBC, Farzana Kochai, believes that for women, the situation is worse than expected.

“Women will be imprisoned in their homes, is that what will happen? Is this how it’s going to be For now yes. But we will see if it changes ”.