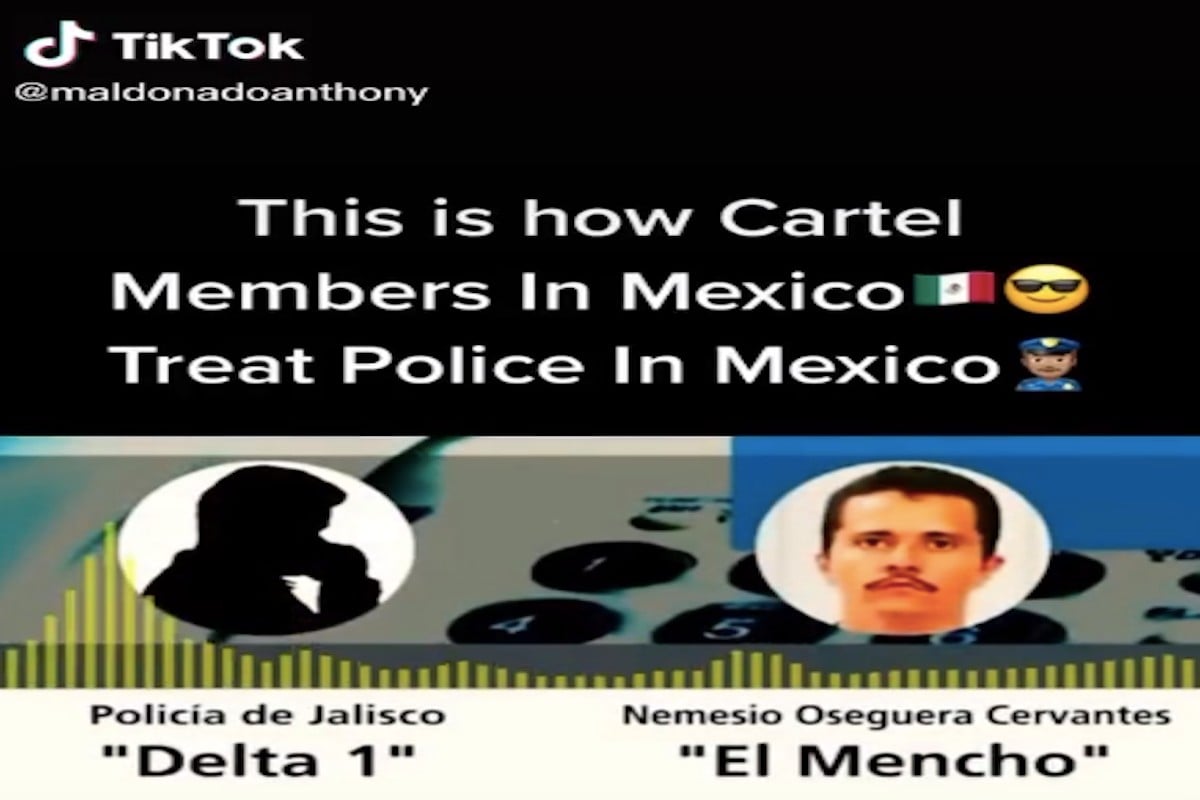 An audio with the supposed voice of Nemesio Oseguera Cervantes, alias el Menchomaximum leader of the Jalisco New Generation Cartel (CJNG), in which threatened a policemanwhich is went viral on TikTok, in that social network already has thousands of reproductions. “Delta One, look closely son of a bitch, I’m Mencho, dude. Relax your fucking people to hell, I’m Mencho güey, if not I’m going to break your mother and all your bunch of dogs “, were some of the rude things that Mencho said to a tall Jalisco police command.

In the one-minute audio, Mencho concludes with the following message: “I have identified 30 guys, even your fucking dogs I’m going to kill you if you don’t relax dude. “That’s it, sir, I’ll download them right now.” The recording was also used by people in other social mediato make memes and manipulate some videos.

The United States Drug Enforcement Agency (DEA for its acronym in English) placed Mencho in his top ten of the most wanted drug traffickers. It offers a reward of 10 million dollars for whoever provides information that allows its capture, for which it has become a priority objective.

Although the CJNG dominates in Jalisco, it has a presence in United States and Canadais still in dispute with other Criminal organizationsAs the Sinaloa Cartel (CDS), and United Cartels for the squares in the states of Michoacan, Colima, Zacatecas, sound and Lower California.