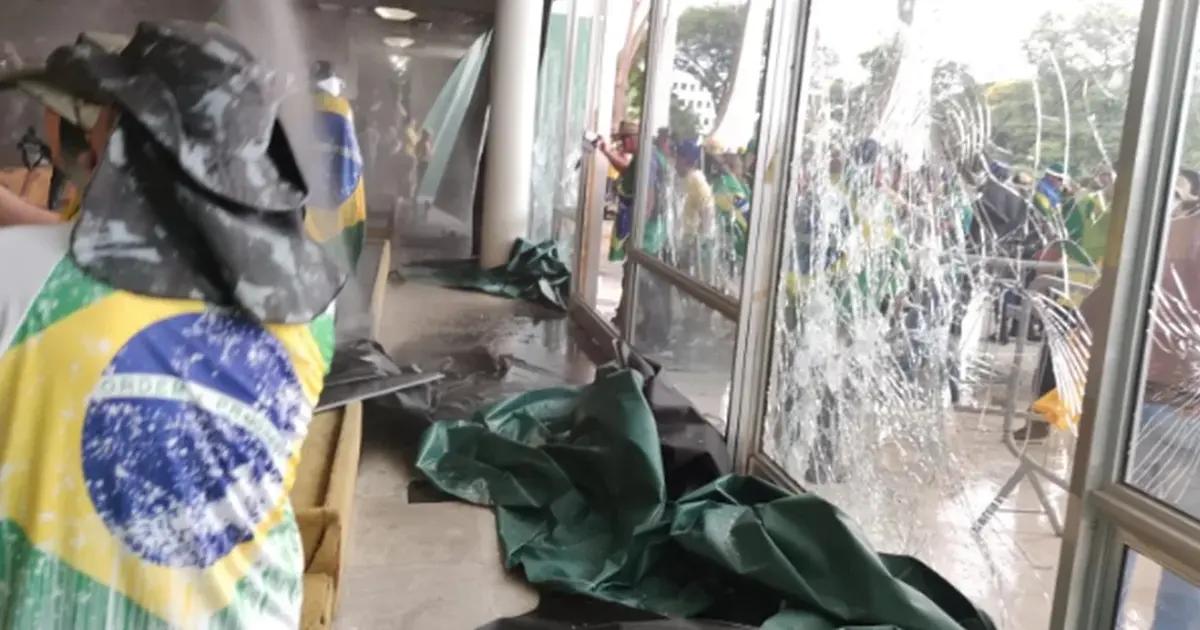 Followers of former Brazilian president Jair Bolsonaro invaded the Planalto Palace, the seat of the Executive, and the Supreme Court this Sunday after having previously invaded the National Congress in coup acts against the president of Brazil, Luiz Inácio Lula da Silva.

Lula, who is visiting the interior of the state of Sao Paulo, was not in Brasilia on Sunday.

Patrols of the Legislative Police, which ensures security in Congress, were attacked, and the barriers that cordoned off the headquarters of the three branches of government were destroyed by the demonstrators.

The anti-democratic acts call for the military intervention of the Armed Forces to overthrow Lula, who assumed the Presidency a week ago, on January 1.

The radical Bolsonaristas do not recognize the victory at the polls of Lula, who, in the second round of October 30, won with 50.9% of the valid votes compared to 49.1% for Bolsonaro.

The police from the Legislature and the National Security Force, an elite group of agents from different states, fired tear gas to disperse, without success, the protesters, who carried the country’s flags, and some were armed with sticks.

The Minister of Justice, Flávio Dino, who since Saturday had authorized the action of the National Security Force before the arrival in the Brazilian capital of dozens of Bolsonaro buses, said that the will of the radicals “will not prevail.”

Immediately after the defeat at the polls on October 30, the Bolsonaristas set up camps in front of the barracks in several Brazilian cities. In many places, they have remained concentrated for two months.

The acts in Brasilia sparked others in the country, including in Sao Paulo, where Avenida 23 de Maio, one of Sao Paulo’s main urban highways, was blocked by Bolsonarists, preventing the movement of cars near the Congonhas airport.