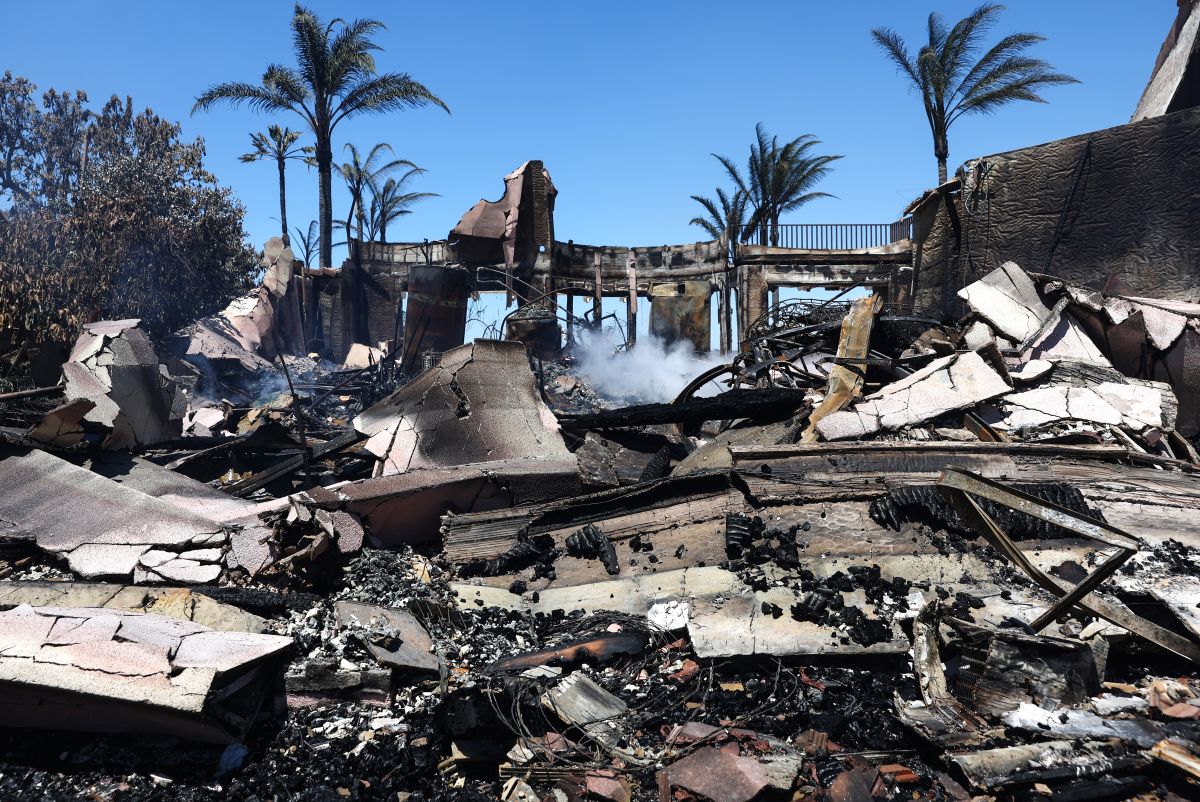 The shocking full extent of 200-acre fire that destroyed 20 homes and damaged 11 others in California is revealed through the images.

Multi-million dollar mansions have been destroyed by flames after the forest fire started in Niguel Lake on Wednesday.

About 900 residents have been evacuated so far, officials said.

The Orange County Fire Authority said in a tweet that there are 550 firefighters on the scene. Two sustained injuries but were released from the hospital.

The fire, dubbed the Coastal Fire, broke out in Laguna Niguel at 2:44 p.m. local time on Wednesday.

It quickly grew from 3 to about 200 acres as of 6 p.m. Wednesday. It is 25% contained as of Friday noon, authorities said.

The cause of the fire is under investigation, but KCRA reported that the Southern California Edison company said the electrical “circuit activity” occurred around the same time the fire broke out on Wednesday.

SoCal Edison made the report on unspecified electrical activity on Wednesday night.

“Our data reflects circuit activity occurring close to the reported time of the fire. Our investigation is ongoing,” SoCal Edison said.

Several mandatory evacuations remain in effect, and firefighters are asking residents to be patient in returning home while they work to avoid having to reissue evacuation orders, according to the KCRA.

Helicopter video showed at least a dozen houses on fire. Reporters on the ground called the fire area “a disaster zone.”

A water-dropping helicopter was on the scene and crews requested assistance from fixed-wing aircraft.

Firefighters were working to water as many homes as possible as strong winds blew embers into attics, adding to the growing flames.

At a news conference Wednesday, Orange County Fire Authority Chief Brian Hennessy said the winds died down and no injuries were reported.

He added that the biggest challenge was the very dry vegetation found throughout the state.

“Fires like this are going to be more common,” he warned.

Communities were under mandatory evacuations due to the rapid movement of the fire.

Residents were urged to make preparations for their families and pets.

The Orange County Sheriff’s Office posted a warning on social media that read, “During times of disaster, some see it as an opportunity to commit robberies.

“We want the community to know that the OC Sheriff has deployed enough personnel to protect lives and property.”

Mayor Elaine Gennaway declared a state of emergency in the city of Laguna Niguel.

“Our priorities are the residents of our city and their safety and well-being,” Gennaway said.

A temporary shelter was opened at the Crown Valley Community Center, housing dozens of adults, children and pets.

The American Red Cross and animal services were there to help residents with their needs.

Residents were also asked to reduce water use as firefighters continue their efforts to put out the fire.