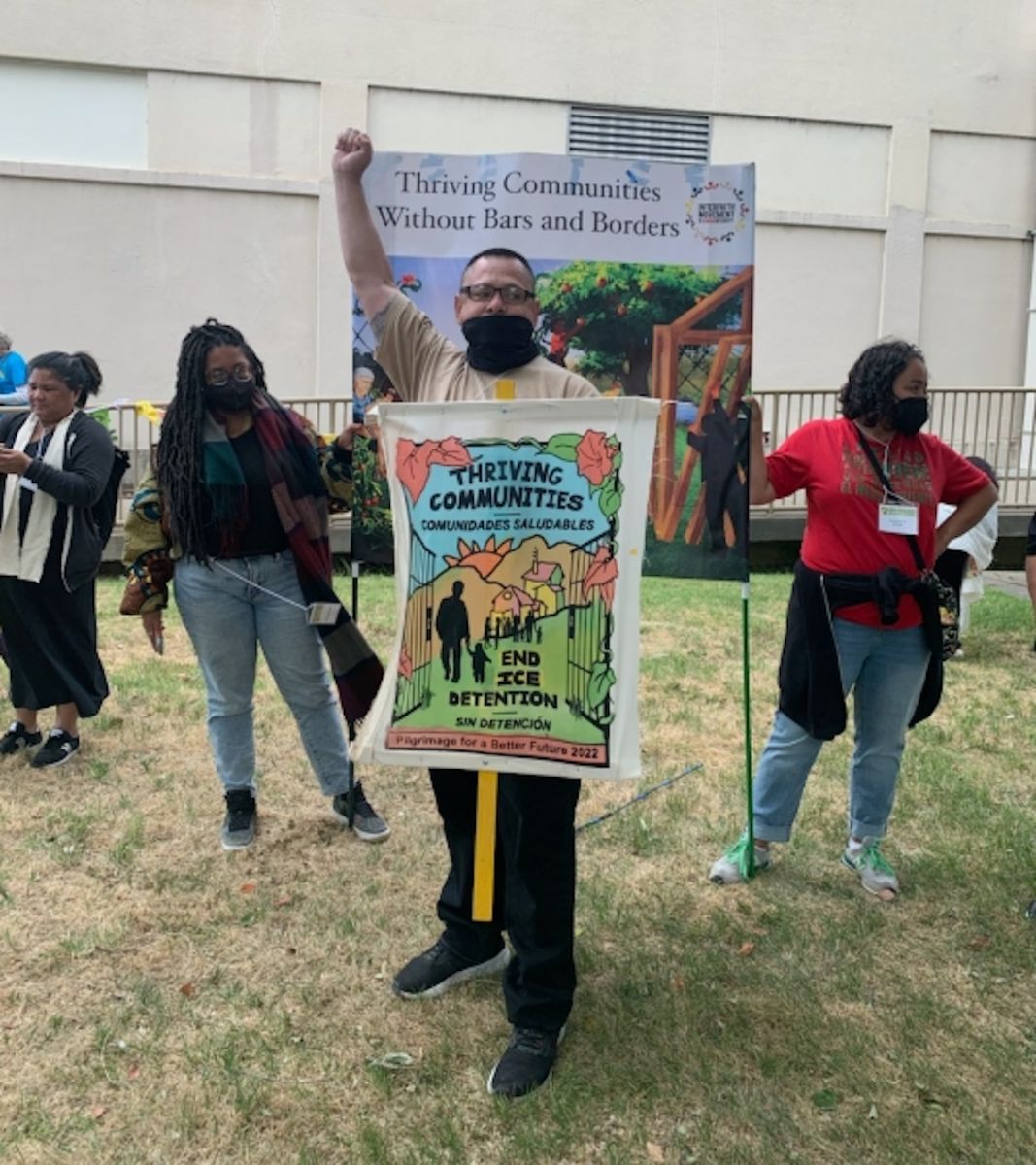 Starting Saturday, religious leaders, immigrants and community advocates began a pilgrimage throughout California with stops in different parts of the state to demand the closure of private prisons and detention centers.

“What we want with this pilgrimage is for the congressmen to listen to us and close the detention centers because in fact they are concentration camps,” said Marco Topete, who was detained for almost three years in the Adelanto Detention Center, and knows about first hand what is lived inside, since it has constantly denounced the abuses suffered.

“Instead of detention centers, we want schools and hospitals,” said Topete when participating in the pilgrimage on behalf of the organization Inland Coalition for Immigrant Justice.

The pilgrimage comes on the heels of a federal court ruling to review AB 32, the California law that aims to ban the existence of private prisons and detention centers in the state, under a special process in which all judges of the court analyze the ruling.

Last October, a federal appeals court ruled that AB 32, aimed at phasing out private detention centers in the state, cannot go into effect because it is likely to unconstitutionally interfere with the federal government’s power over immigration.

With 2 votes in favor and one against, the Ninth Circuit of Appeals overturned the ruling to uphold AB 32.

“AB 32 cannot be upheld because it conflicts with this federal power and the discretion granted to the clerk in an area that remains the exclusive purview of the federal government,” Ninth Circuit Judge Kenneth Lee wrote, joined by Justice Bridget Bade.

“It prohibits the Secretary from doing what federal immigration law explicitly allows him to do.”

The march that supports that all judges analyze the legality of AB32, began on May 28, with a brief stop at the correctional facilities Golden State Modified Community Correctionfollowed by a prayer ceremony in the Mesa Verde ICE Processing Facility.

Making stops at prisons and immigration detention centers across the state, participants sought to spearhead dialogue with leaders of the communities they visited and with elected representatives to challenge the notion that people should be incarcerated.

“This pilgrimage is an opportunity for collective healing. It is time to bear witness and remember the pain that has been caused by some of the most hostile detention centers in the country,” said the Rev. Deborah Lee of Interfaith Movement for Human Integrity, who leads the pilgrimage.

“It’s time to say collectively, it doesn’t have to be this way. We hope to inspire reflection and hope for a better future where communities can thrive without causing harm.”

Bert Hernandez of California Immigrant Youth Justice, He said loved ones have suffered so much from the criminal and legal incarceration system and the detention apparatus.

Hernández himself was detained at the Adelanto Detention Center, where the pilgrimage made its final stop.

“Both prison systems have disproportionately targeted African Americans and Latinos for detention and deportation. They often double-punish people who are already openly criminalized and dehumanized.”

Participants advocate for the transformation of systems that have harmed Latino, African-American, and immigrant communities, calling for preventive measures to be put in place instead of incarceration to protect the well-being of the community where the facilities are located.

“This includes creating more schools where there are now prisons, more access to health care in detention centers, and opportunities for our people to heal where they are currently being incarcerated and mistreated.”

The pilgrimage was launched on May 28 at noon at San Quentin State Prison in the San Francisco Bay Area. It made stops throughout the Central Valley, Southern California, some border towns, and ended with a community event at the Adelanto Detention Center.

Juan Prieto, spokesman for the Immigrant Legal Resource Centersaid the pilgrimage itinerary also included prisons to protest the transfer of immigrants to detention centers at the request of ICE.

“It was a pilgrimage in favor of the bill Vision Act of California that prohibits the transfer of immigrants from prisons to immigration detention; and to maintain the AB 32 law that gradually eliminates private prisons and detention centers.”

This pilgrimage included prayers, music, and art projects to invite local communities along the route to envision what a thriving community would look like without detention centers and prisons.