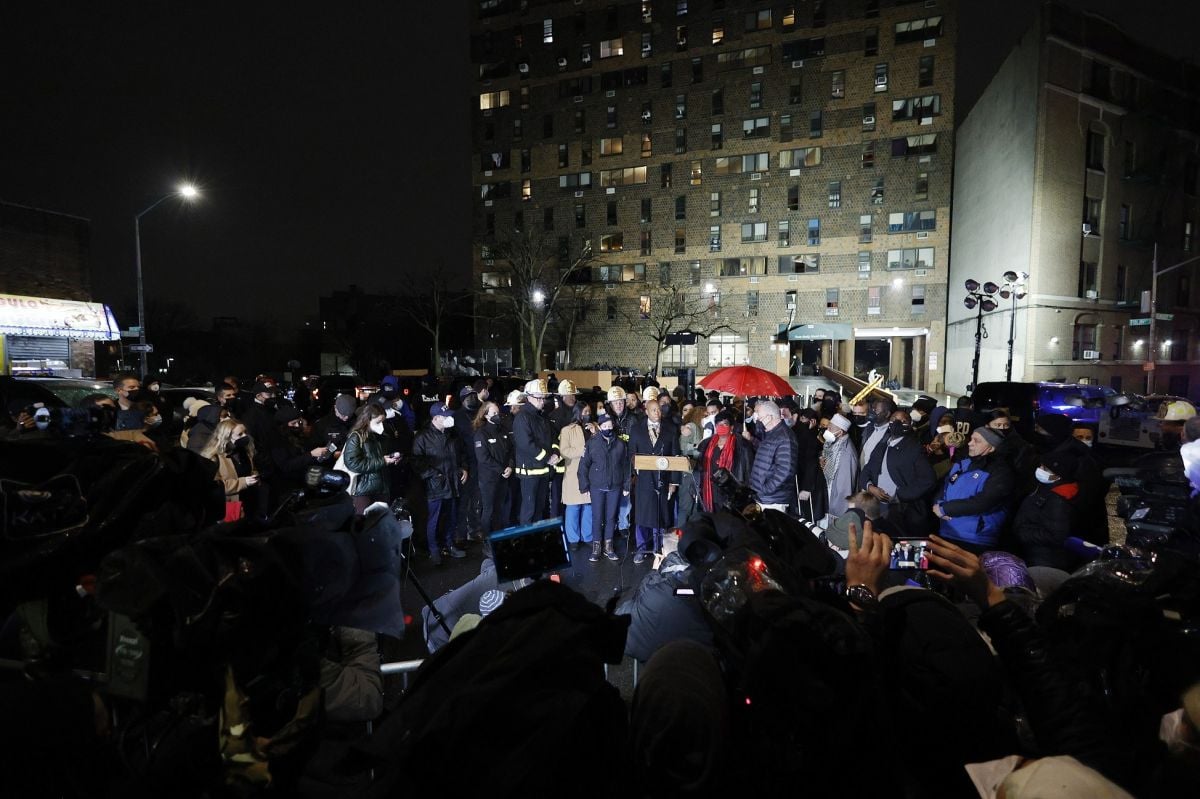 The building where the fire occurred in the Bronx, where 19 people died and more than 30 were seriously injured wounds, it was inhabited mainly by immigrants, especially the Gambia, a country on the west coast of Africa, reported the mayor Eric Adams.

Mayor Adamas said his priority will be to ensure that Islamic funeral rites are respected, as most of the victims are of that religion.

“We want people to feel comfortable introducing themselves, and it is imperative that we connect with those on the ground to make sure they get that message,” Adams said.

The other residents of the building were sent to a high school, enabled as a temporary shelter, confirmed Christina Farrell, New York City’s first deputy commissioner for emergency management, according to a CNN report.

“We have all the residents here. We have been able to give them food, a warm space, water… People brought their pets, so we are in the process of finding shelter for people tonight, ”Farrell said. “We work with the Red Cross, we have hotel rooms and we have other resources available”

The governor of New York, Kathy hochul, was at a press conference on Sunday, where he said he met with survivors of the incident considered the largest in 30 years in a residential building in the Big Apple.

Hochul said he will establish a compensation fund to help provide fire victims with resources for housing, burial costs and other necessities.

“Tonight is a night of tragedy and pain, and tomorrow we begin to rebuild,” said Hochul.

About 200 elements of the New York Fire Department (FDNY) attended the fire that started before 11:00 am tomorrow, which took several hours to be put out.

Some people jumped from at least three stories high trying to get to safety, while firefighters worked to rescue babies and children, even risking their lives by not wearing protective masks.

According to Commissioner Nigro, the door of the apartment where the fire started was left open and the smoke spread throughout the entire building at 333 181 East Street.