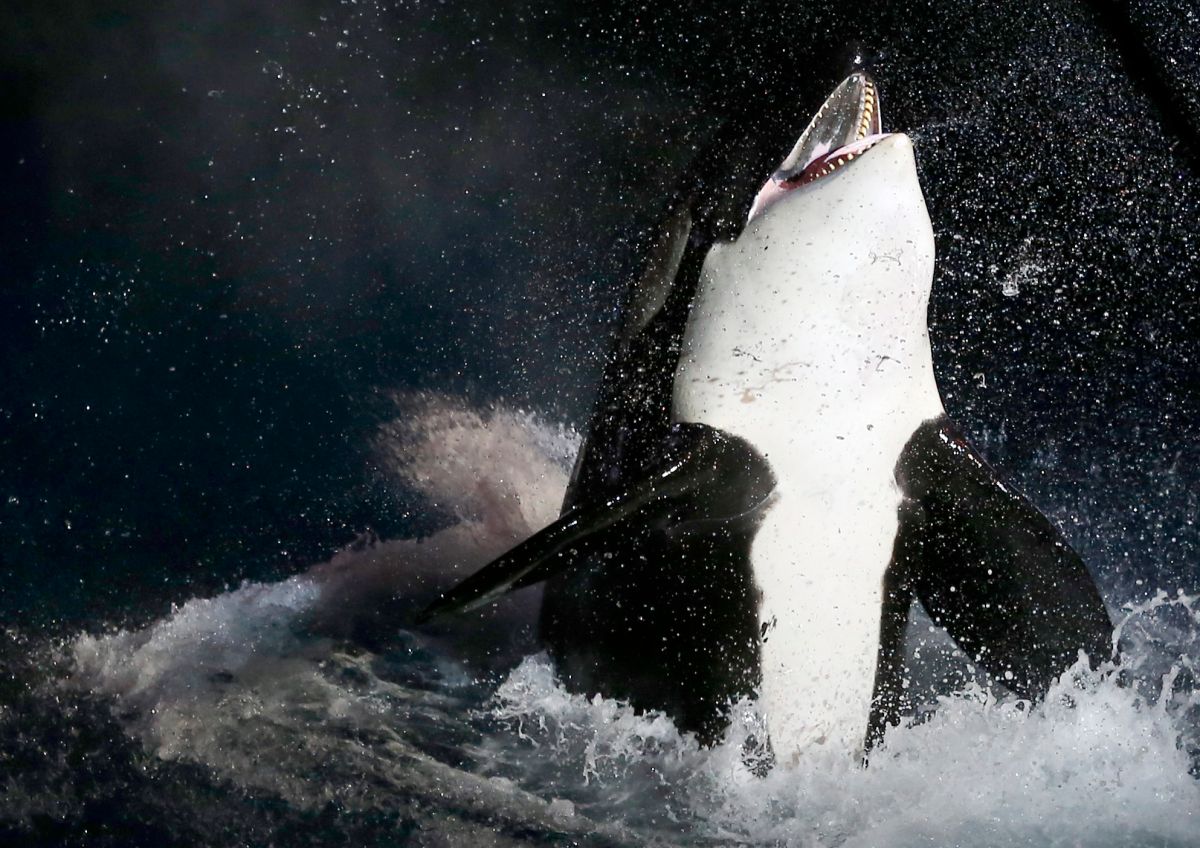 A shocking scene from Shark Week 2022, a week-long annual programming block since 1988 on the Discovery Channel featuring programs based on sharks, has shown that even top predators like white sharks are not immune and can become prey.

This was recently shown in an impressive video of the show shot earlier this year. A drone camera captured footage of killer whales in South Africa’s Mossel Bay, an area that has been a famous great white hangout, circling a great white shark that he is visibly bleeding as a third orca gnaws at his belly.

The video of the incredible and fatal encounter was shared by TheDailyBeast on the internet and by Marine Dynamics Lead Great White Shark Biologist Alison Towner on Instagram.

“Here are some of the images from the recent great white shark hunt by killer whales,” Towner said on Instagram. “One of the most incredible pieces of natural history ever captured on film. We look forward to sharing the science behind this and the rest of the interaction soon, and believe me there is more!” he added.

In the 34 years that have elapsed since the beginning of Shark Week, nothing similar has been captured. But not only that: such images from a drone had never been captured.

Thus, this is crucial video evidence to support scientists’ theories that white sharks are migrating – or rather fleeing – from their usual habitats because they are being hunted by killer whales, a new phenomenon.

“These are the first images in the world of killer whales preying on a white shark with a drone. It’s the first time in South Africa it’s been documented as direct evidence,” Towner told DailyBeast.

An article recently published in the journal African Journal of Marine Science, in which Towner is lead author, concluded that the area’s aggressive killer whales are likely to blame for the absence of great white sharks.

Researchers in the article, published June 29, found that at least two killer whales hunted the large sharks near South Africa. The researchers also uncovered evidence that killer whales had hunted and killed at least eight great white sharks – often by removing their livers – in the area since 2017, prompting other sharks to flee South African waters.

As for how to hunt great white sharks, killer whales seem to make use of tonic immobility. When flipped over, sharks and rays go into a kind of trance.

In other contexts, tonic immobility plays a role in survival, by helping the hunted animal to blend in with its surroundings and thus deter predators (playing dead is called thanatosis).

However, for white sharks this possibility does not seem to favor them. And it seems that the killer whales have taken advantage: they ram against the sides of their huge prey, knocking them down, at which point they can grab the shark and swim holding it upside down.

In a rare documented example, a female killer whale off the California coast reportedly held a shark upside down to induce tonic immobility. She held the shark immobile for fifteen minutes, causing her to suffocate to death.

As reported IFL ScienceResearchers also use the quirk of tonic immobility to help them safely measure and tag potentially dangerous sharks.

Also read:
· “Breton”, a great white shark of more than 13 feet and 1,500 pounds, is tracked off the coast of South Carolina
· Video: They rescue a man who survived 16 hours in an “air bubble” inside his overturned sailboat in the Atlantic Ocean
VIDEO: A giant humpback whale tries to swallow two women in California and then expels them