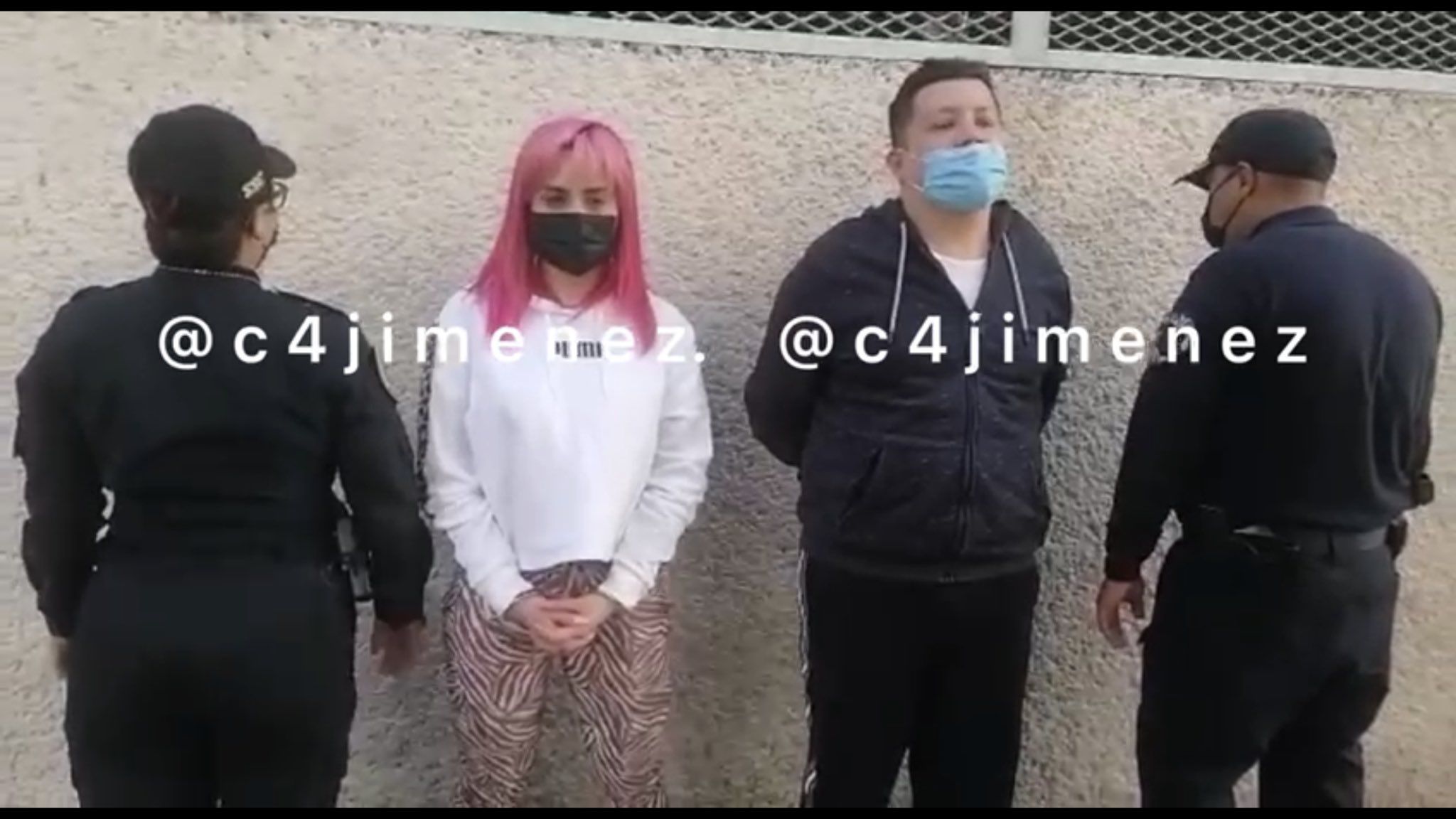 This day Gaby Castillo’s arrest was made known, influencer from social media and former program participant Falling in love, due to its alleged connection with crimes related to fraud in the purchase of luxury cars.

The young woman had previously been singled out for having a relationship with the now inmate Oscar Andrés N The moles, head of a faction of the criminal organization La Unión Tepito, and previously with the drug trafficker The chicken –Member of the same organization and killed in 2019-.

In addition to this, it has also been announced that Gaby had a romantic relationship with Iván Serratos Che ché, who is in the North Prison of Mexico City after being apprehended in flagrante delicto while selling drugs, this in the middle of the investigations for his alleged responsibility in the disappearance of three Sanborns workers in 2019.

Gaby Castillo, who had recently adopted the stage name of Briela sanz to launch himself as an independent reggaeton singer, a profile with which he has more than 700 thousand followers on Instagram, was apprehended in the vicinity of Tlatelolco in the capital city.

The model was driving in a luxurious black truck valued at more than a million pesos, accompanied by José Hareff Soto Jiménez, a member of the Los Soto family, a band whose modus operandi throughout the Mexican republic is the purchase of high-end vehicles with bad checks.

Members of the Los Soto gang drew attention a couple of years ago when they abandoned a Lamborghini car after crashing it on the perimeter of the Roma neighborhood of Mexico City. The vehicle was then destroyed in the vicinity of Yucatán and Zacatecas streets.

On this occasion, after drawing the attention of elements of the SSC Intelligence Unit while prowling the streets of Tlatelolco, Castillo and Soto were questioned, showing that the vehicle was purchased on December 14 by means of a bad check. This situation was reported and the intelligence work led to the arrest of the two individuals.

Gaby, who wore a sports outfit and neon pink hair, her image as an urban singer, and her companion They were channeled to the bunker of Agency 50 of the Attorney General’s Office specialized in vehicle theft, located in the Doctores neighborhood.

According to the report, inside the truck small plastic packages with substances with the characteristics of cocaine were found and the drug known colloquially as “stone”, in addition to a firearm.

In addition, the responsive letter was found with which it is presumed they defrauded the owner of the truck, which determined the cost of more than one million pesos of the vehicle. The couple is alleged to have tried to bribe SSC elements, who refused and reported them to the authorities.

At the moment the legal situation of Gaby Castillo is not known, who has also appeared as a dancer and model fitness. It is known that with her identity as Briela Sanz sI was in the middle of recording a reggaeton album and I had even recorded the video of the song On Remix track.

Castillo went on to express that he was dedicated to the sale of “some materials” in the Tepito neighborhood. However, the reporter Carlos Jiménez assured that his luxurious belongings are of illicit origin.

“The reality is that the authorities know that Everything he has he gets from what his delinquent boyfriends give him… today she is arrested with a subject named Haref Soto, part of a criminal gang that is dedicated to buying cars with bad checks. It is a band that is made up of his mother, his father, his brothers, cousins, there are at least fifteen individuals who pretend to be wealthy people, businessmen, pretend they have a lot of money, they even make themselves accompanied by some friends who make them pass as their bodyguards, “said the police reporter on the channel Multimedia.