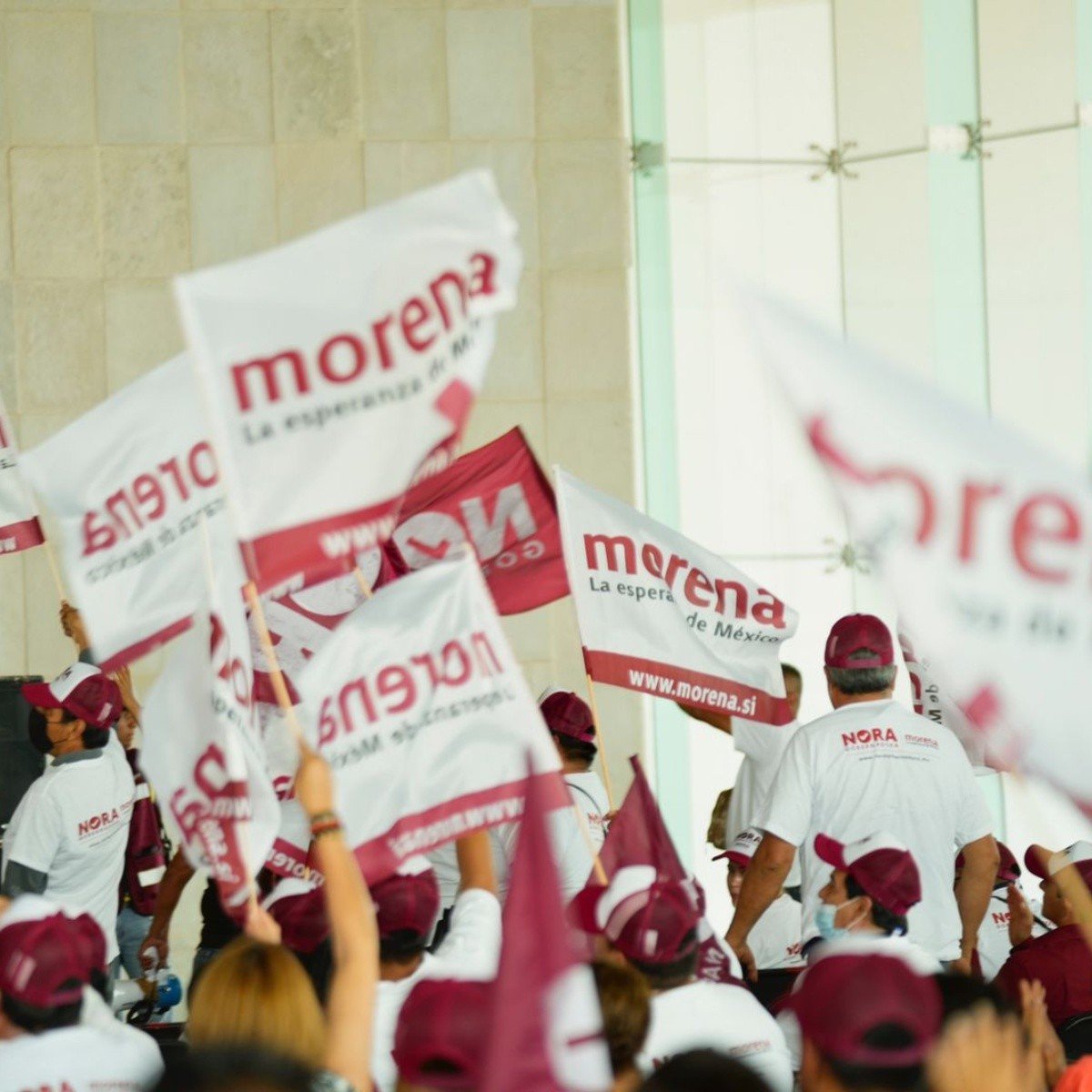 Aguascalientes.- Officials of the federal government revealed that, through blackmail with the social programsit seeks to benefit the candidate of the party Brunette to the government of the state of Aguascalientes, Nora Ruvalcaba Gamez.

In a report published in chapter 83 of Loret in Latinusjournalist Carlos Loret de Mola presented an investigation where he realizes how the so-called nation servers They are sent to homes in Aguascalientes so that they intimidate voters by taking away their support if they do not vote for the flag-bearer of the icing party to the ownership of the state Executive.

In the report entitled “Electoral Army: Officials and Social Programs at the Service of Morena” by journalist Gerardo Mejía, a series of audios of officials from the government of the Fourth Transformation organizing the strategy of bribing the citizens of Hidrocálida to favor Ruvalcaba Gámez on the electoral day of June 5 of the current year.

“We are being asked that, through the database that we have, the lists of beneficiaries, we go to visit the beneficiaries and in this way we can coerce the vote. How do we do it? Well, by telling them, more words words less, that if they don’t vote in favor of Morena, those social programs will be taken away from them,” says a coordinator of the so-called servants of the nation.

The report details that, according to testimonies and audios held by Latinus, it is revealed how the entire government apparatus has been mobilized for electoral purposes in the framework of the campaign for the governorship of the state of Aguascaliente.

In this sense, he points out that the officials interviewed announced that they must convince, per week, 300 people registered in the register of beneficiaries of social programs to vote in favor of Nora Ruvalcaba Gámez.

“We have to be talking to each person to convince them that they, as beneficiaries, can convince their own relatives to vote for Nora, that’s what it is for, so that they won’t take away their support, because they tell us to tell them that if changes color, support can probably be taken away from them, which is why we must vote for the candidate Nora Ruvalcaba,” said the public server in audio.

Likewise, the investigation refers that they are the sub-delegate of the Welfare Secretariat in the federal entity and the coordinator of Welfare programs in local districts of the nation’s servers in Aguascalientes, while revealing that the strategy to obtain votes for the morenista candidate started from december 2021.