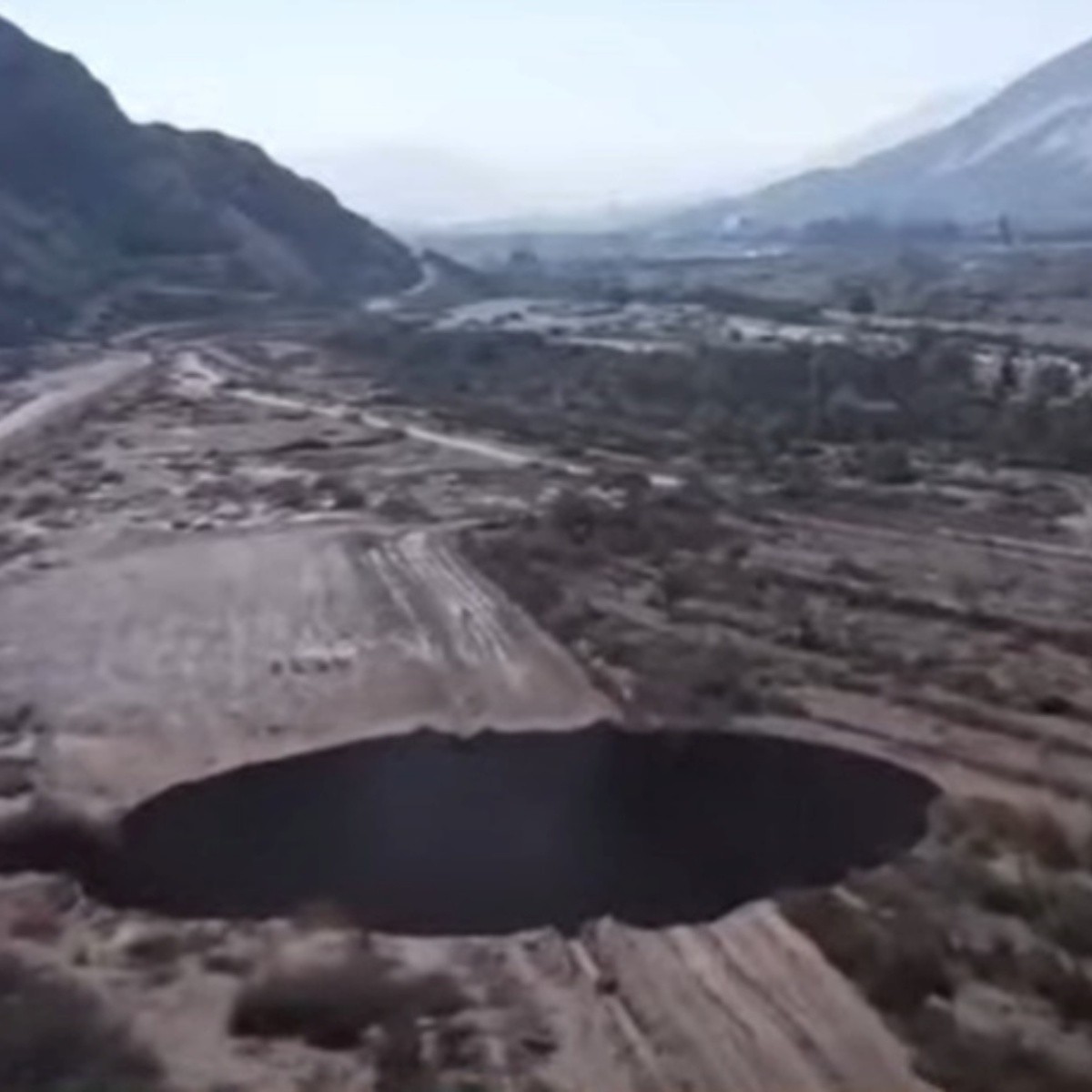 A few days after finding a sinkhole south of Chilethis has not stopped growing every day, it is already greater than 32 meters in diameterLikewise, it already has a large depth of 60 metersHowever, its origin remains unknown.

The finding has left everyone, after residents of the region Yellow Eartha, Chile, will notify the authorities of the hole, because by continuing to increase its size, it puts the inhabitants of the area at risk, being located 600 meters from the giant hole.
“It is still growing and it is something that had not been seen in our community. We request that it be possible to clarify what is the reason and why it occurred, what are the reasons, ” pointed out Cristóbal Zúñiga, the mayor of Tierra Amarilla to El Pais.
Although experts in geomechanics from the National Service of Geology and Mining have already presented themselves to carry out investigations of the sinkhole, they could not find answers to such a phenomenon.

Although some residents believe that in part it may be the fault of a mining company that is close to the area, since strange events have already happened during the mining activity.

However, the mining company rules out being guilty of such a phenomenon, “Tierra Amarilla is a mining community, with many deposits that contribute a lot to the country and we have always had the fear that something like this could happen. Today it happened in this space, an agricultural property, but our greatest fear today is that this could happen in a populated place, on a street, in a school,” Mayor Zúñiga told ADN Radio.

Chilean authorities say they remain alert to any advance and find the cause of the mysterious sinkhole of such Country.