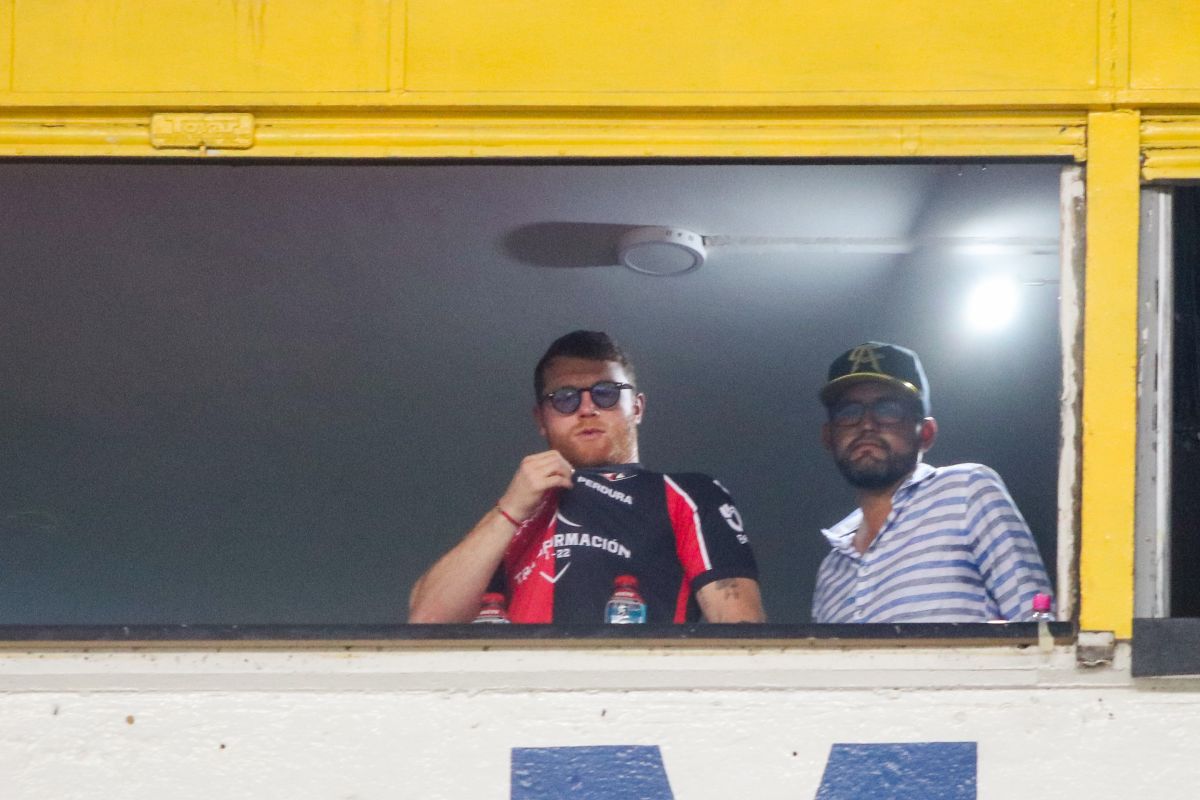 The presence of Mexican boxer Saúl ‘Canelo’ Álvarez in the first leg of the Liga MX Clausura 2022 final continues to create a stirespecially for the shirt he was wearing last Wednesday.

The man from Guadalajara, despite the fact that in the past he expressed his preference for the Chivas de Guadalajara, appeared in the VIP box of the Jalisco Stadium with the shirt of the maximum rival of the ‘Sacred Flock’: the Atlas.

His coach Eddy Reynoso’s fondness for Atlas is well known, but it was never thought that his pupil, who in the past wore the CD Guadalajara shirt, would accompany his teacher in terms of his preference in Liga MX.

This did not pass long and the forums and media in Guadalajara spoke at length; The ‘Chivahermanos’ expressed their regret over Canelo’s decision… Just like Chivas himself.

“Now I am from Atlas 100%, I go to both, but I am from Atlas, the truth”the unified super middleweight champion told the media after the important Liga MX match, causing disappointment within the Flock.

In addition, Álvarez did not clarify that “I go to both”, when both clubs have a fierce rivalry that for the moment the Foxes have dominated after winning the last duels against the Chivas.

Through their official TikTok account @chivas they posted a video with Canelo wearing a club jacket and receiving a local jersey as a gift; The audiovisual short accumulates almost 400 thousand likes and is on its way to 5,000 comments.