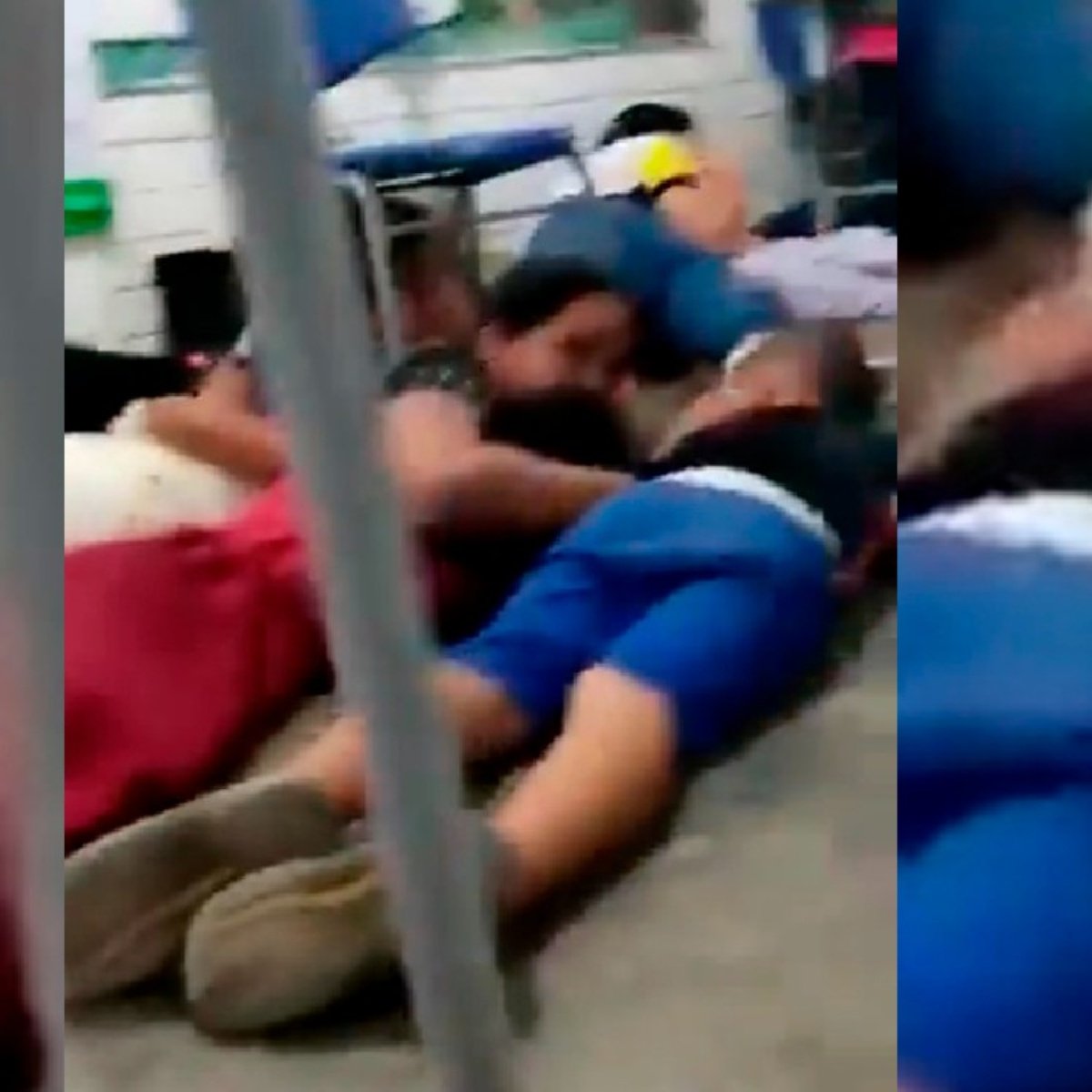 In Colombia caused a commotion the armed confrontation of the guerrilla of the Army of National Liberation and dissidents of the FARC, because they came to an event for children’s day.

The military opened fire near the event for what they caused injuries to a minor old, as well as an adult and two uniformed men, in the video you can see the children and parents lying on the ground to dodge the bulletsas well as a teacher trying to calm people down.

It was in the municipality of El Tarra, in the north of Santanderwhere a public event was taking place to celebrate the childrenvia the Twitter platform the videos of this moment have been shared.

Amid shots from the ELN and the FARC dissidents, in El Tarra, the teachers try to calm the children: “nothing is going to happen”, they tell the little ones. But the sound of the bullets continues and they, lying on the floor, experience terror. Where are the outraged? pic.twitter.com/ecWXdK8dR9

Details on the armed confrontation in Colombia

Colombian authorities have reported that the youngest under 14 and the adult were taken to a hospital and are out of dangerwhile the two soldiers remain serious.

This happened today in Tarra, Norte de Santander. Armed groups attacked a military base near a sports center with 2,500 CHILDREN. There are wounded soldiers and a minor… What horror! He gives me back 12 years covering public order in the so-called “red” zones��. @AudreyCarrillo pic.twitter.com/sKpaEQ1XjP

She was the director of the Colombian Institute of Family Welfare (ICBF), Lina Arbelaezwho sentenced what happened in El Tarra, because consider unacceptable who have put the lives of minors at risk, wrote:

“It is unacceptable that during a celebration for children and adolescents, criminals attack them, shooting indiscriminately.”

What is Colombia in NATO?

According to the information, Colombia is part of NATOalso known as the Atlantic Alliance, as a preferred strategic allysince it responds to the high-level dialogue between the countries involved.

Via AmericanPost.News We also inform you that Colombia reported 52 activists killed so far this year.