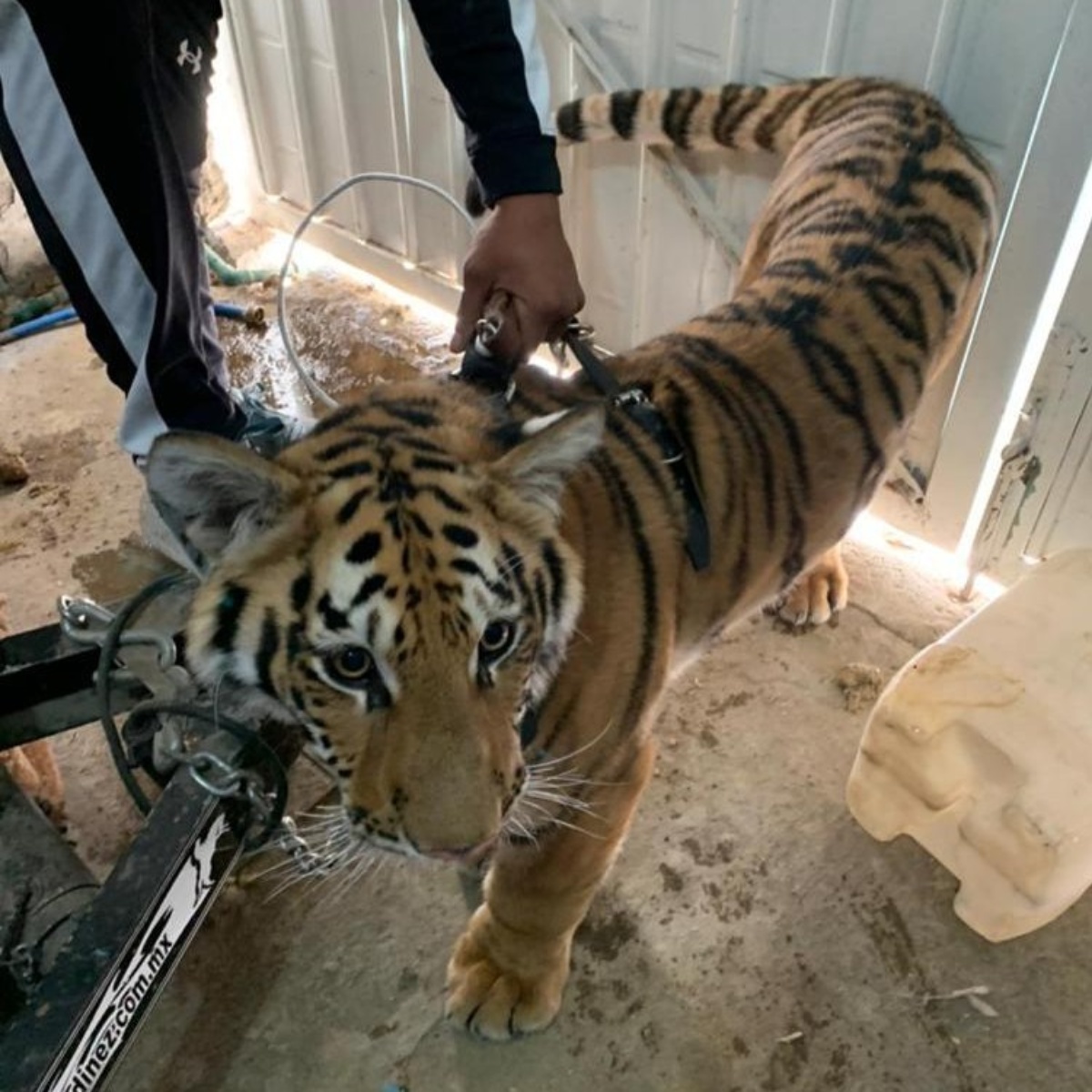 At State of Mexico (Edomex)the municipal policemen were doing his usual journey when from the window of a house he looked out a bengal tigerseven months, approached to investigate.

Is about baguira, a female tigerwhich was inside a house that had gym equipment and several damaged furniture by the animal, to the place arrived its apparent owner Jesus “N”, who presented documents indicating which is yours.

It was down Águila street, from the Tepenepantla neighborhoodState of Mexico, where they discovered that a man had like a pet yet Bengal tigerhis neighbors indicated that they had already realized but since it was not noisy they had not called the authorities.

Elements of the municipal policethe army and the Federal Attorney for Environmental Protection (Profepa)at the time the animal was home alone.

What happened to the bengal tiger that they rescued in Edomex?

Due to the conditions where Baguira was, the authorities they sedated herbecause he began to get stressed, and they took her to the facilities of the Secretariat of Environment and Natural Resources (Semarnat).

Through his twitter account Profepa reported that the feline would be transferred to an Environmental Management Unit (UMA)to receive care and the care you need.

The Attorney General of the Republic (FGR) has initiated a research folder to corroborate that Jesus “N” acquired the tiger legallyas well as related to the responsibilities thus.

How is the State of Mexico divided?

According to the information the state of Mexico is formed for 125 municipalitiesalong the its 22, 357 km2it’s located in the center of the country.

Through AmericanPost.News We also inform you that BTS: How was “Permision to dance” lived in Mexico?