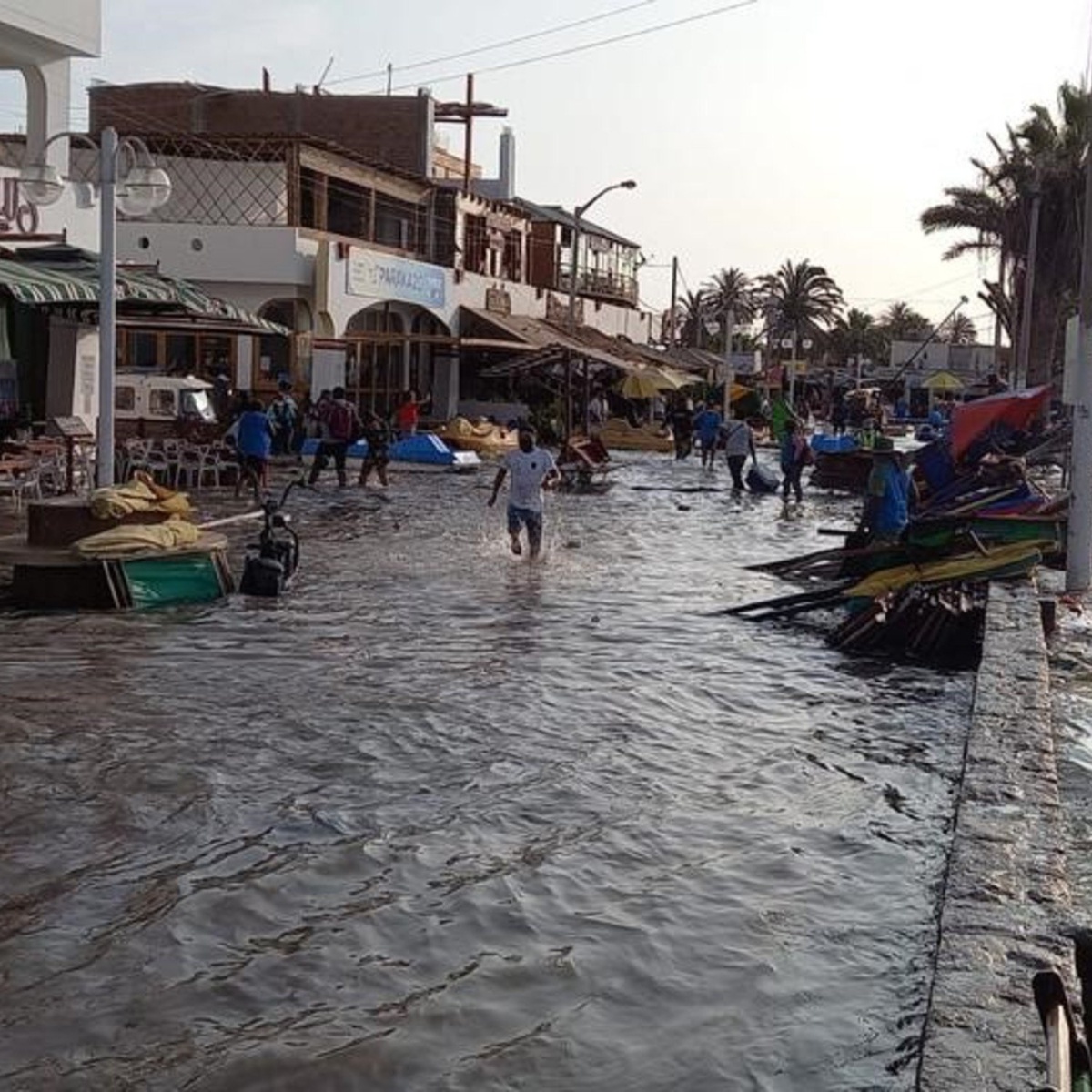 Two people drowned on a beach in northern Peru, the local civil defense authority reported on Sunday, after unusually high waves were recorded in several coastal areas following Saturday’s eruption of an underwater volcano in Tonga in the Pacific Ocean.

The death of two people by drowning occurred on Saturday on a beach located in the region of Lambayeque, reported the National Institute of Civil Defense (Indeci) of Peru in a statement.

More than 20 Peruvian ports were temporarily closed as a precautionary measure amid warnings that the volcano was causing abnormally high waves, Indeci said.

Peruvian police said in Twitter that the two victims were found dead by officers from a police station on the beach in Naylamp. The tweet said that “the waves were abnormal” in the area and that it had been declared unsuitable for bathers.

Television images showed several houses and businesses inundated by seawater in the coastal areas of northern and central Peru.

Arrival of tsunamis in Peru is ruled out

the navy of Peru had reported that a tsunami alert for the country on the Pacific Coast was ruled out.

In Japan, Hundreds of thousands of people were advised to evacuate on Sunday as waves of more than a meter lashed coastal areas, public broadcaster NHK reported.

In AmericanPost.News We will follow the latest news from Peru like villagers held a minivan, preventing it from falling into the abyss and saving the passengers.