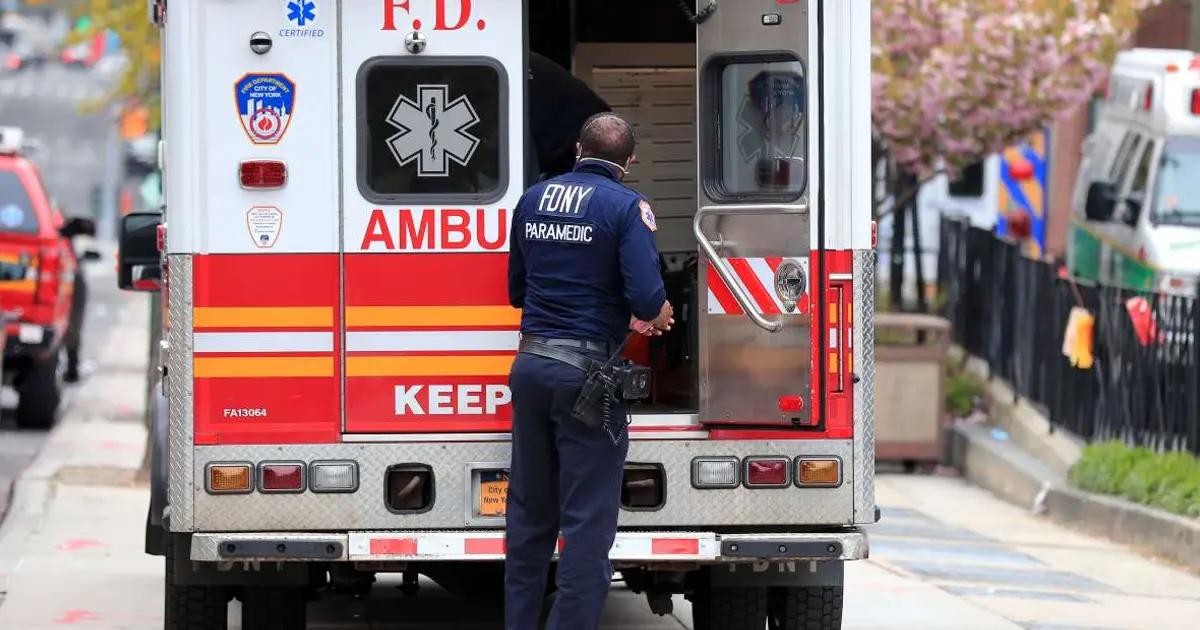 Robert Marshall, an FDNY paramedic, has been indicted by a grand jury for allegedly taking a debit card from a 79-year-old patient’s purse during an ambulance call and using it for personal purchases.

Marshall, 29, was accused of taking the card from the resident of the Springfield Garden neighborhood in Queens after he responded to her home on Aug. 8 for an emergency call. He purchased champagne and food, among other items, the Queens district attorney’s office said yesterday.

The victim was taken to a hospital for medical care and returned home several days later when she realized her debit card was missing from her wallet, prosecutors said.

According to a criminal complaint, surveillance footage from a liquor store on 20th Avenue in Queens allegedly shows Marshall purchasing two bottles of luxury brand Moët & Chandon champagne with the patient’s debit card that same day in August.

That card was also used to make purchases at a brick-oven pizzeria, a Buffalo Wild Wings restaurant, a Key Food supermarket, and a laundromat, prosecutors said, alleging Marshall was behind those purchases as well.

A grand jury indicted him on 12 counts, charging him with forgery, identity theft, grand theft, falsifying business records, criminal possession of the stolen property, and other crimes.

Marshall’s attorney, Oliver Storch, said his client “was terribly shocked and embarrassed by these allegations… He wants to ensure his alleged actions do not reflect on his colleagues at FDNY. We will review the allegation and address the charges in the appropriate forum.”

According to NBC News, the FDNY did not immediately respond to a request for comment on the case. All the charges are mere allegations, and the prosecuted individuals are presumed innocent until proven guilty.

In a similar case, in 2021, an FDNY Latino emergency medical technician (EMS) was arrested for allegedly ransacking his dying landlord’s apartment, stealing about $33,000 worth of items, after helping to prepare him for transport to the hospital.