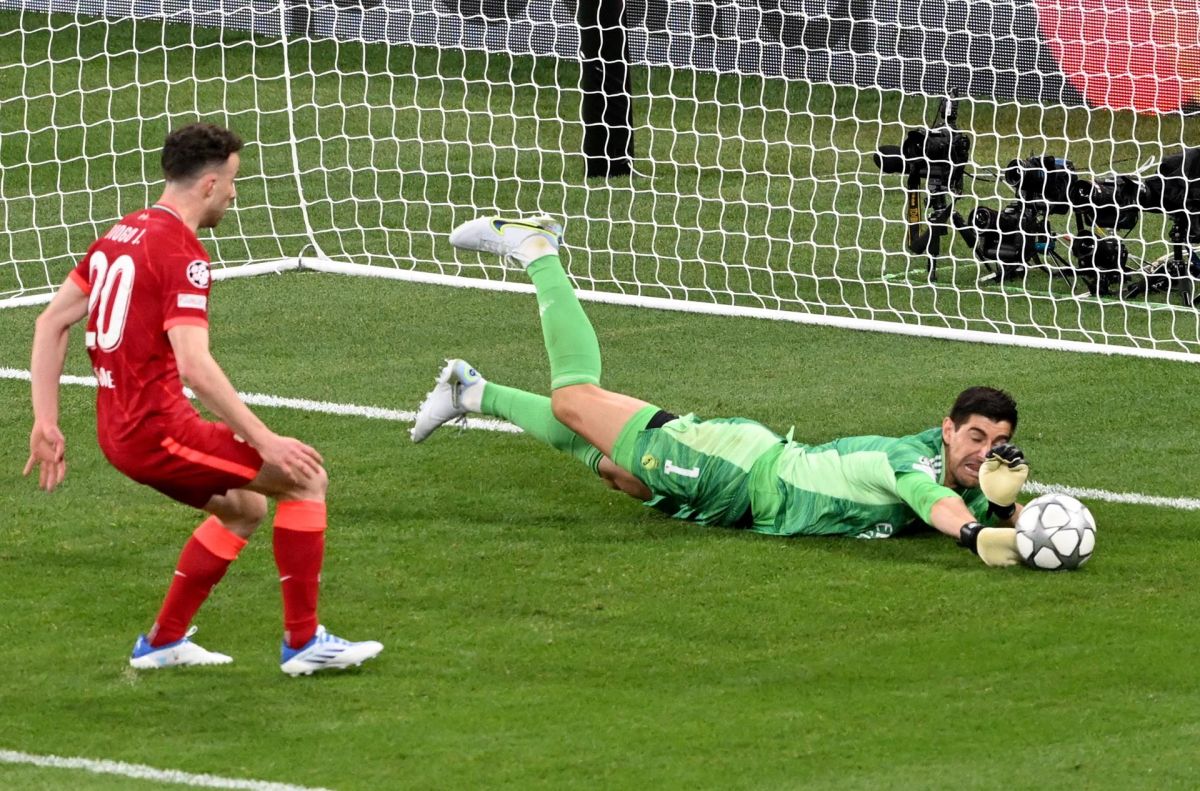 Thibaut Courtois was the figure of Real Madrid in the 1-0 victory in the Champions League final. There were many criticisms of the arrival of the Belgian goalkeeper to the merengue team, in the first season he had some mistakes, but the board continued to trust him. Today the Belgian shows that he is the best goalkeeper in the world, becoming the hero in the Champions League final for the merengue team, denying Liverpool a goal throughout the match.

A firm performance throughout the game, security with his feet and feline reflexes showed the former Chelsea and Atlético Madrid goalkeeper. A total of nine clear shots was taken by the Belgian from one of the best teams in the world that, although he did not walk alone, was not enough to cross the fortress of the Belgian wall.

When there was talk of a bad game by Benzema, a footballer who will surely end up taking the Ballon d’Or, Vinicius appeared and at 58 he converted a goal that would be enough for Madrid to win their 14th Champions League. But this goal was supported by a brilliant performance by a goalkeeper who today found his consecration as the best in the world and will inscribe his name in the glorious pages of the best club in the world.

From the first half Thibaut Courtois began to shine, the 21st minute passed and with the score equal to zero the Belgian took a ball from Sadio Mané, after a powerful shot that was left alone in that and in a cry of frustration and desperation from the Reds fan.

After that first stop, Courtois knew that what was coming was nothing but glory. “Today nobody could take away my desire to win a Champions League, for my dead that I was going to win one”, declared the emotional goalkeeper at the end of the game.

Real Madrid is the club of his life

After a memorable performance, the Belgian goalkeeper assured that he was living a dream and that he had no words after reaching the Champions League with the club of his life: “Is incredible. The truth is that I have worked so hard for so many years, coming to the club of my life. Yesterday I said that Madrid won, I saw many from Liverpool and many people who criticized me, but we have won, ”the 30-year-old goalkeeper born in the town of Bree in Belgium told Movistar.

The goalkeeper had almost his entire family in the Parc des Princes, however he could not be with his brother on his wedding day, whom he mentioned after the victory and with whom he assured he would meet next Monday.

The table is served and Plaza de Cibeles will wait for its champions to celebrate another Champions League, for now Thibaut Courtois with this great match closes a debate and makes it clear who is today the best goalkeeper in the world.

. Real Madrid is bathed in glory and wins its 14 Champions League supported by the epic performance of Thibaut Courtois

. The delay and chaos take over the start of the Champions League final