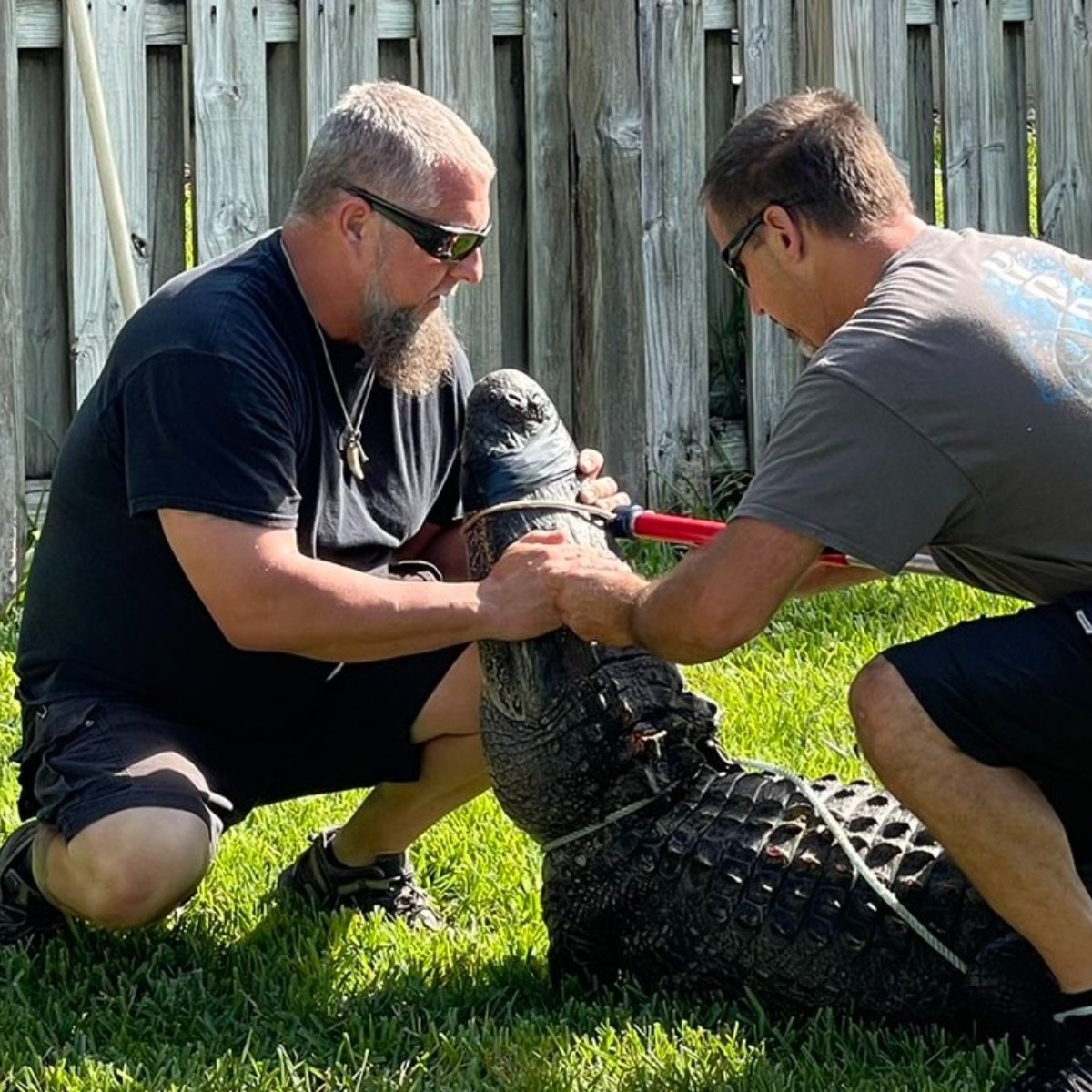 A family in South Florida, USA alerted the authorities that during the morning they realized that an alligator of almost three meters was in the patio of his house, people said:

“We assume it came from the pond up there, but our door was open because it was broken.”

They noticed the presence of the reptile while they were having breakfast in the backyard from the building, a few moments later two specialists from the Florida Fish and Wildlife Conservation Commission arrived, who immobilized the alligator.

went through the Twitter platform that the video of the moment was shared when the specialists they start to get out of the house to the reptile, which showed resistance throughout the rescue process.

GATOR INVADER: A frightening find for a family in #Davie after waking up to find a nearly 8-foot alligator resting in their backyard. After calling police, trappers from @MyFWC were able to corral the gator before taking it to a gator farm. Luckily no one was hurt. @WPGLLocal10 pic.twitter.com/Qb3KxYsAO9

Details about the alligator in a house in the United States

The two subjects used a rope and a long holding stick to keep control the alligator, of considerable size, also had its snout wrapped with adhesive tapeto avoid injuries.

After a few minutes the United States authorities managed to take him from the house, it has been reported that will be sent to a conservation farmlocated in West Palm Beach.

At least seven people are reported to have lost their lives. during the shooting presented in a supermarket the town of buffaloNew York, in the United States, happened during this Saturday May 14.

Via AmericanPost.News We also inform you that a small plane crashed into a bridge in Miami, there are several injured.