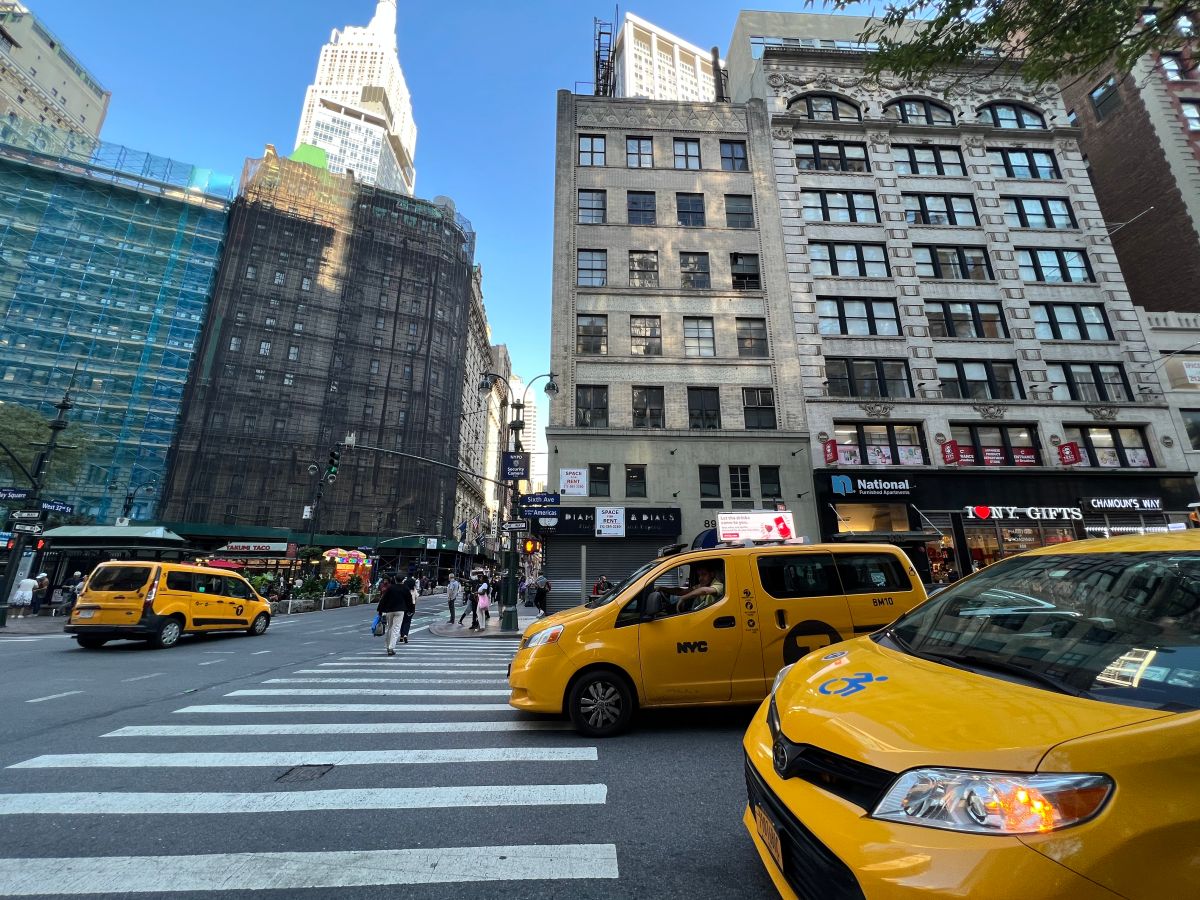 What a bucket of cold water fell to Matilda Medina the news that the City is contemplating the proposal to increase the rates of taxis in new york, by almost 23%an initiative that has been rolling along with other increases in service.

The mother of a Colombian family, who claims to be a daily user of car services to attend her medical appointments and visit her daughters and grandchildren at least three times a week, did not hide her concern about a possible rise in public transport costsat a time when inflation has already hit the basic family basket and bled his pocket.

“We can’t stand another raise.. Poor people like me, who only live off a small social security check or who work earning a minimum wage, we cannot resist one more thing going up,” said the 68-year-old grandmother. “Food has already gone up, rents have gone up, prices have gone up in restaurants and now prices in taxis are going to go up. That’s too much. Then it’s going to be up to me to start selling my little things to be able to have money to pay for the races. I can’t take it anymore… and I’m on trains dangerous I will not ride again“.

Sebastian Castrillonwho uses the taxi service about four times a week, especially in the early mornings, when he leaves his job in a bar in Lower Manhattan, also shouted in the sky with the possible increases and assured that if the City approves the increase in car services must first fix the subway and ensure safety.

“It seems to me an abuse, that while we are still in the midst of a pandemic, because the COVID it has not gone away completely, increases are promoted. I take taxis and ubers not because I want to, but because thanks to the terrible service and insecurity on the trains, especially at night, I have no other option. They already assaulted me twice,” said the Peruvian.

“The City must get serious and get involved in improving the train before thinking about increases, which are also exaggerated. If that’s just me, sometimes I find myself short of paying taxis so they don’t kill me at night or I don’t have to wait up to an hour, I can’t imagine paying 23% more. Better not go to work then and start asking for help, “said the 27-year-old.

And it is that according to a proposal from the Taxi and Limousine Commission (TLC), the basic rates of taxis would be increased by 22.9%, ensuring that it would be the first in more than a decade. However, users have seen previous price increases, such as the MTA’s $50 cent surcharge, which has been imposed.

Another of the proposals put forward, so that not only yellow taxi drivers benefit from the new incentives but also service drivers through applications such as Uber and Lyft, is that they increase their minimum wage. For this sector in particular there has been no talk of additional changes related to rates, as they fluctuate.

The municipal agency announced that next October 6 A public hearing will be held on the proposed increases, to which users and taxi drivers can attend to express their points and concerns, before a final decision is made. After the diligence, the proposal will be reviewed and put to the vote, and if approved, the changes will take effect as soon as November.

And although the promoted plan takes the smile off the faces of taxi users who do not want to pay more, on the contrary, it would make New York taxi drivers happy, who could see their income increased between 29.5% and 33%, according to data from TLC, at a time when the proliferation of car services by Apps has affected the flow of income.

“I think we have to think fairly and although it is obvious that nobody would want to pay more for a race, passengers also have to understand that for 10 years we have earned the same, without complaining, and now it is fair that we are given a raise. decent,” he said. Dominican taxi driver Daniel Santos. “And if they don’t want to pay more, then they can use a bicycle or take buses or the subway.”

David Do, TLC Commissionerin an official statement highlighted the importance of better remunerating taxi drivers for the work they offer and have been doing without any increase after 2012.

“Our proposals to increase taxi fares and driver pay will ensure drivers can cover their increased expenses as they continue to provide mobility options in all five boroughs, and I look forward to hearing from drivers and riders at our next public hearing.” “Through a global pandemic and challenging economic circumstances, TLC’s licensed drivers have always been there to help New Yorkers get where they need to go.”

Through a statement, the Taxi and Limousine Commission also highlighted that within the group of amendments that they are proposing with the increase in the rate of the taximeter for yellow and green taxis, and various surcharges for livery taxis, they seek to create at the same time a new surcharge of $5 dollars for trips to LaGuardia Airport, in Queens.

This change in taxi fares comes just as the MTA is considering charging congestion fees to taxi passengers and for-hire vehicles, which would make service even more expensive.

Facts About the Public Hearing on Taxi Fare Increases