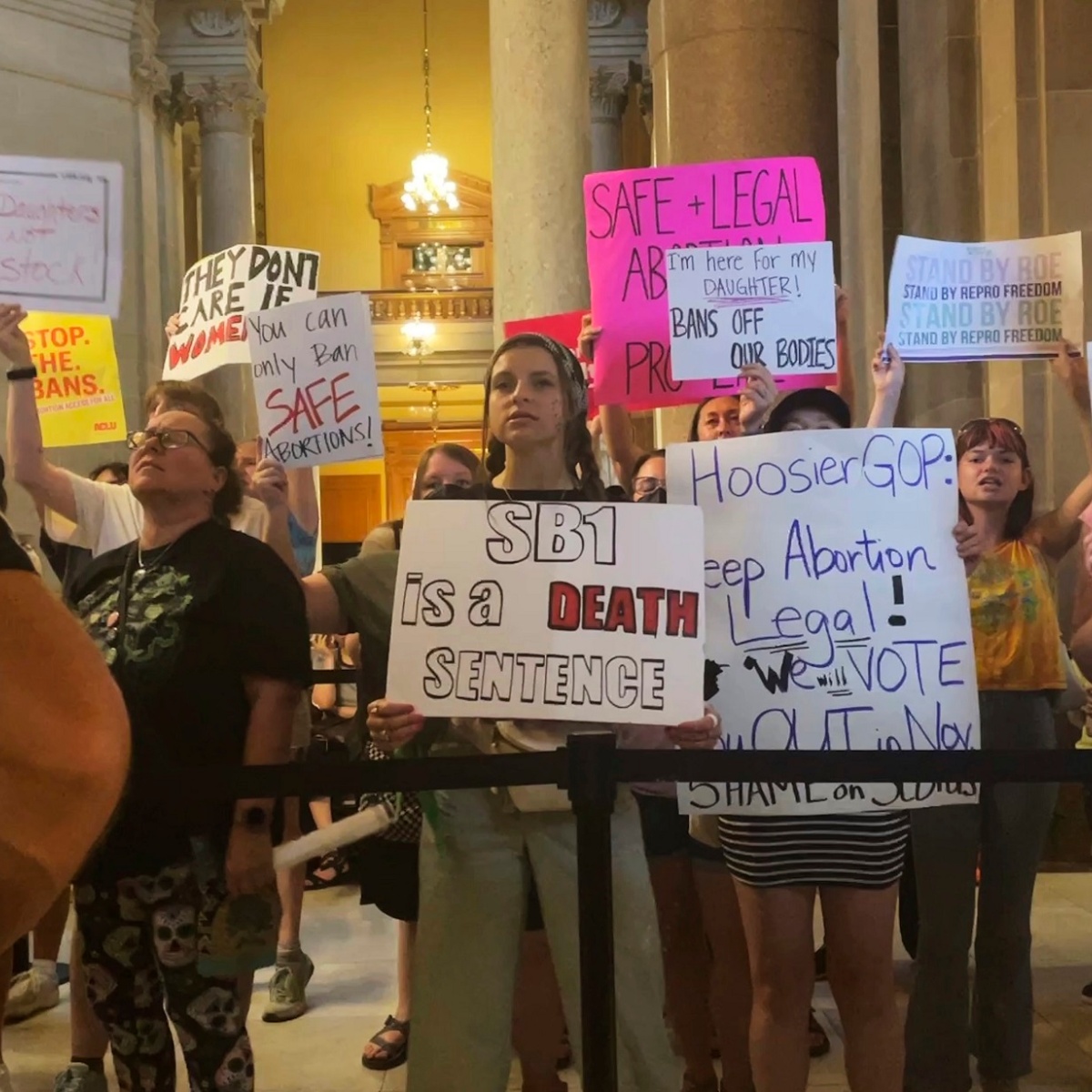 The Governor of IndianaEric Holcomb, signed into law on Friday a draft law that would ban most abortionswhich makes it the first state of the USA. in restricting abortions, since the US Supreme Court overturned the landmark case Roe v. Wade from 1973.

“After Roe was overturned, I clearly stated that I would be willing to support legislation that would make progress in protecting life,” Holcomb said in a statement.

The ban, which goes into effect on September 15, includes limited exceptions, including in cases of rape and incest up to 10 weeks after fertilization, and to prevent potentially serious harm to the mother.

The House added exceptions to protect the health and life of the mother after repeated requests from medical professionals and activists. The legislation also allows abortions if a fetus is diagnosed with a fatal abnormality.

Under the bill, abortions can only be performed in hospitals or outpatient centers owned by hospitals. Basically, this means that all abortion clinics would lose their licenses. A doctor who performs an illegal abortion or fails to file required reports could lose his or her medical license.

Republican Rep. Wendy McNamara of Evansville, who sponsored the bill, said the legislation “makes Indiana one of the most pro-life states in the nation.”

However, fellow Republican lawmaker Ann Vermilion campaigned against the bill and condemned members of her party who called women “murderers” for having abortions.

Case of a 10-year-old girl that shocked the nation

The bill comes just weeks after the country was shocked by news of a 10-year-old rape victim who had to travel to Indiana from neighboring Ohio to terminate her pregnancy.

As we report in AmericanPost.Newsthe girl was forced to travel to Indiana due to Ohio’s “fetal heartbeat” ban.

US President Joe Biden recently signed an executive order to protect the right to abortion, regarding out-of-state travel for the procedure. The measure makes it easier to travel to parts of the US where it is still legal to terminate a pregnancy.

It may interest you: The United States sues the state of Idaho for prohibiting abortion

Earlier in the day, dozens of abortion rights advocates rallied at the state Capitol, chanting “Shame on you!” when House members passed the bill, as seen in a Twitter video.

Meanwhile, West Virginia is likely days away from passing a near total ban on abortion.

On Tuesday, Kansas rejected a ballot measure that seeks to remove abortion-rights protections from the state constitution.