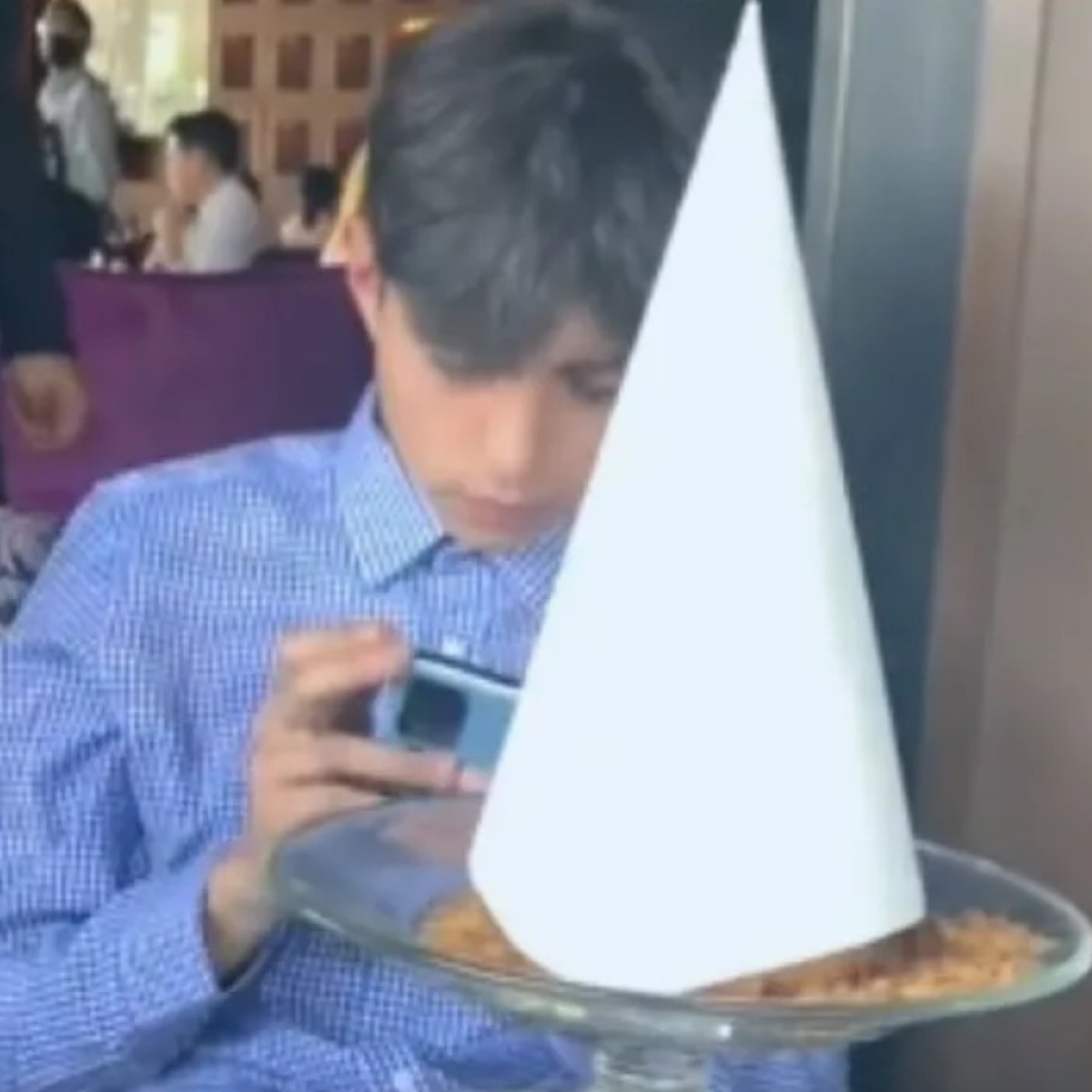 TikTok knows how to have fun, and in this case the indifferent attitude of a child on his birthday It has gone viral, leaving comments like “me at all times.”

It was the little boy’s mother who decided to upload a short video where she shows her son in a restaurant while the waiters carry out the dynamics established for the birthday boys, but what caught the attention is that the little boy did not seem to care.

And it is that the boy stays with the cell phone in his handa serious face and the waiters putting on a show in front of him.

Indifferent attitude of a child on his birthday

While playing cell phone, the little boy just watched with a very serious face to the waiters who, before him, brought him a plate with a cone that they later set on fire to reveal a small cake but only the mother and the waiters themselves clapped and whistled.

And it is that the child’s face did not give a sign of happiness at any time, which caused thousands of users to criticize his attitude through the comments.

“I love my son’s face radiating happiness,” the mother wrote as the ironic title of the moment.

His comment was answered with more comments of all kinds, but some users even went too far and strongly judged the boy for his attitude on his birthday, while others defended him arguing that perhaps he was not comfortable.

It may interest you: Girl asked for her cockroach birthday and she was very happy

Indifferent boy with his birthday celebration

Be that as it may, the video has more than eight million views and has an impressive 15,000 comments, numbers that continue to increase.

But if you are wondering if the indifferent attitude of a child on his birthday is normal for him, the mother has documented various situations in which her son showed not to be very expressive, ending the controversy that had been generated in the viral video . There are at least five short clips in which the little one is just as serious.