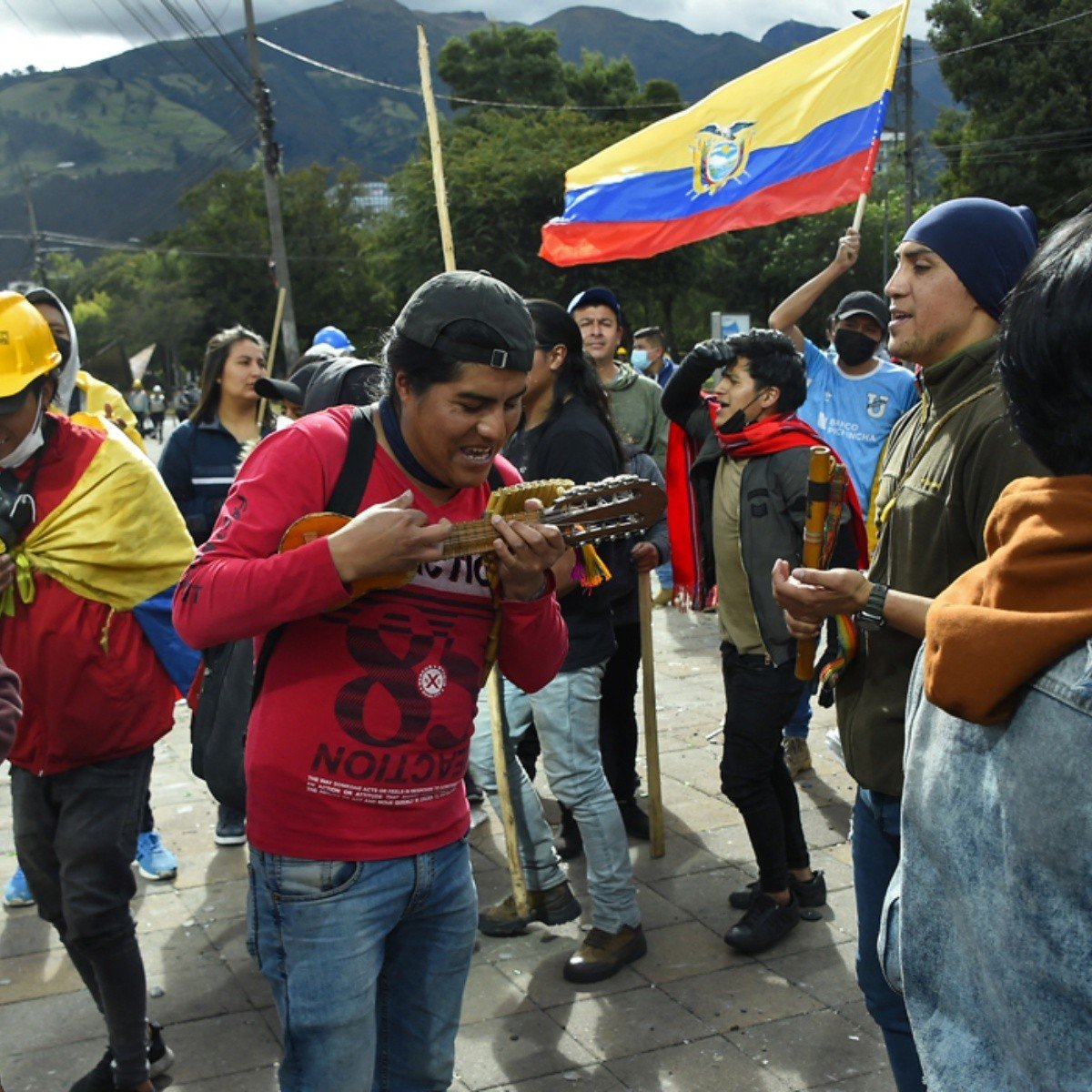 The powerful indigenous movement and the government of Ecuador held a first rapprochement in Quito on Saturdayinformed the president of Parliament, Virgilio Saquicela, when thirteen days of strong protests over the high cost of living have been completed, leaving six civilians dead.

“We have convened the beginning of a dialogue,” Saquicela told journalists in the atrium of the Basilica of the National Vote after a meeting that took place there and was attended by the head of the Confederation of Indigenous Nationalities (Conaie)Leonidas Iza, and leaders of other aboriginal organizations.

Several ministers concurred for the Executive, such as the Government Minister, Francisco Jiménez, according to Saquicela.

“This dialogue has begun; there has been no commitment, but simply and simply the decision of the Conaie (…) to consult its bases on the designation of a commission to start this dialogue,” said the head of the Conaie. National Assembly.

He added: “Let’s hope that in the next few hours this commission will take shape and they can sit down at a table” of negotiations.

“It is an advance, a beginning,” said Saquicela when thousands of indigenous people remain in Quito in their protests against the government of conservative president Guillermo Lassowhich leave a global balance of six protesters dead and some 300 injured, including civilians, police and military, according to various sources.

He pointed out that “on the part of the government there has been an opening” for dialogue, for which the church, the UN and universities have offered to mediate.

Conaie’s claims include a reduction in fuel prices and a one-year moratorium on the payment of peasant debts to banks. He asks that the government fulfill all his demands to talk.

This Saturday, Congress is scheduled to begin the debate on a request from a sector of the opposition to remove Lasso, who took office in May 2021.


“Without regret”, body language expert on the alleged murderer of Yrma Lydya