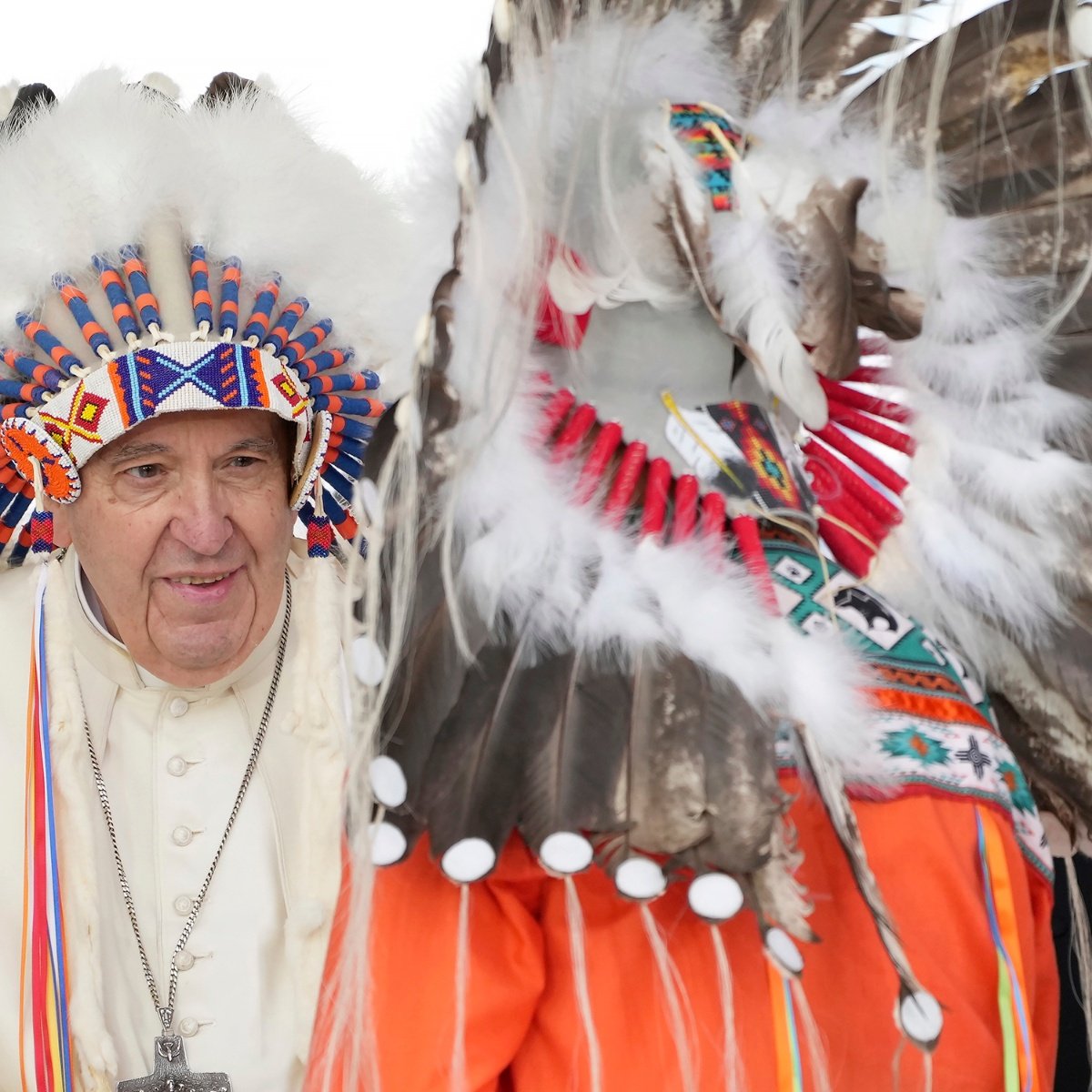 The Pope Francisco issued on Monday Sorry long-awaited for the “evil committed by so many Christians” in the “catastrophic” system of schools residential of Canada for children natives.

“I apologize, in particular, for the cooperation of many members of the Church … in projects of cultural destruction and forced assimilation,” he said, addressing survivors and members of the indigenous community gathered near a former residential school south of Edmonton, in the Canadian province of Alberta.

The meeting marked the first stage of the pontiff’s “penitential pilgrimage,” a six-day trip to Canada intended to express regret for the Catholic Church’s role in schools designed to assimilate indigenous children and where thousands were subjected to serious harm. abuses.

Indigenous leaders present at the meeting with Francisco accepted the church’s apology, many emotionally, but said their people hope he will take more steps to obtain reparations.

As we have mentioned in AmericanPost.News, Canada’s residential school system has a dark history. In the early 19th century, the government forcibly removed indigenous children from their families to residential institutions run by the Church.

The schools were meant to assimilate indigenous children into Euro-Christian society, effectively stripping them of their Aboriginal identity, culture and language. The last school closed only in 1998.

In 2015, the Canadian Truth and Reconciliation Commission reported that thousands of children suffered physical, sexual and emotional abuse in these church-run, government-funded schools.

Thousands of children are believed to have died in appalling conditions in schools and many were buried in unmarked graves on school grounds.

The Pope began his visit to a local cemetery that keeps the remains of some indigenous children who died in residential schools. He then stopped to pray at the site of a former school, where tents were erected where the notorious building once stood.

“Witnessing that moment for me was really powerful,” Brandi Morin, an indigenous journalist and granddaughter of one of the survivors, who was present at the site, told DW. “I saw the joy on people’s faces that this day has finally come to the indigenous territories.”

Morin has spent many years interviewing and covering the stories of survivors. “This is a big step forward,” she said, “but it’s only the beginning.” Canada’s indigenous peoples made a list of demands years ago, but most of them remain unresolved.

Bringing all abusers to justice is one of them, Morin said. He cited as an example Johannes Rivoire, a priest accused of sexually abusing Inuit boys when he taught at a residential school. He now lives in France despite the arrest warrant issued against him in Canada.

“He now lives comfortably in a Catholic-run nursing home and France will not extradite him,” Morin said, adding that Inuit leaders have asked Pope Francis to help them extradite him to Canada to stand trial.

There is also the payment of reparation money to the victims and their families, which is still pending. Under a landmark class-action settlement in 2006, the Catholic Church, which ran two-thirds of the residential schools, pledged to collect C$25 million in cash contributions as compensation, but to date only 1 ,2 millions.

Indigenous peoples have also called on the Vatican to rescind the Doctrine of Discovery, a series of decrees issued by the Roman Catholic Church throughout the 15th century, at the height of the Age of Exploration, that legitimized and encouraged the colonization of other lands, the subjugation of its inhabitants and converting them to Christianity.

“The communities and their leaders have also asked that the Vatican return their stolen artifacts and cultural items that are in the Vatican Museums,” Morin said.

After Francis’s first statements, many were disappointed that he did not address the issue of sexual abuse, which is rampant in boarding schools, Morin said.

It may interest you: In Canada, Pope Francis apologizes to indigenous people for abuses by the Church

The Vatican accepts its past

As the richest and perhaps the most powerful religious institution in the world, the Roman Catholic Church has long faced accusations of oppressing other communities.

In 2015, for example, during a trip to Bolivia, Pope Francis apologized to the indigenous peoples of Latin America for the many crimes committed by the Catholic Church during the “so-called conquest” of the continent.

“The Canadian boarding school case is significant because it brings together cases of spiritual and sexual abuse, cultural genocide and colonialism, which were previously seen as separate issues.” Massimo Faggioli, a Vatican expert and professor of theology at Villanova University in Pennsylvania, told DW.

But in recent years, especially since Francis became pope, the Church has been more open to critically reviewing its past.

Still, the institution faces many complexities and limitations when it comes to fully acknowledging its history and compensating victims.

The Church is not a monolithic body, with its divisions at different stages of recognition of its past,” Faggioli said. “Within the Catholic Church, there are voices that consider evangelization as a violent colonial project; something completely wrong.”

Others are unsettled by this view saying that it minimizes all the positive things the church has done and is doing in indigenous communities around the world. However, Faggioli maintains that there is a growing tendency in the Vatican to right the wrongs of the past, as long as it does not underestimate the positive impact the church has had.

Both Morin and Faggioli say that full reconciliation between the Catholic Church and Canada’s indigenous peoples will take years, even generations. Native Canadians, according to Morin, need time to grieve, as new mass graves are discovered from time to time around old schools.

In the meantime, the Catholic Church must do more to address allegations of abuse, while constructively engaging in the investigation of other cases in other parts of the world. The papal visit is an important milestone for both sides, they said.