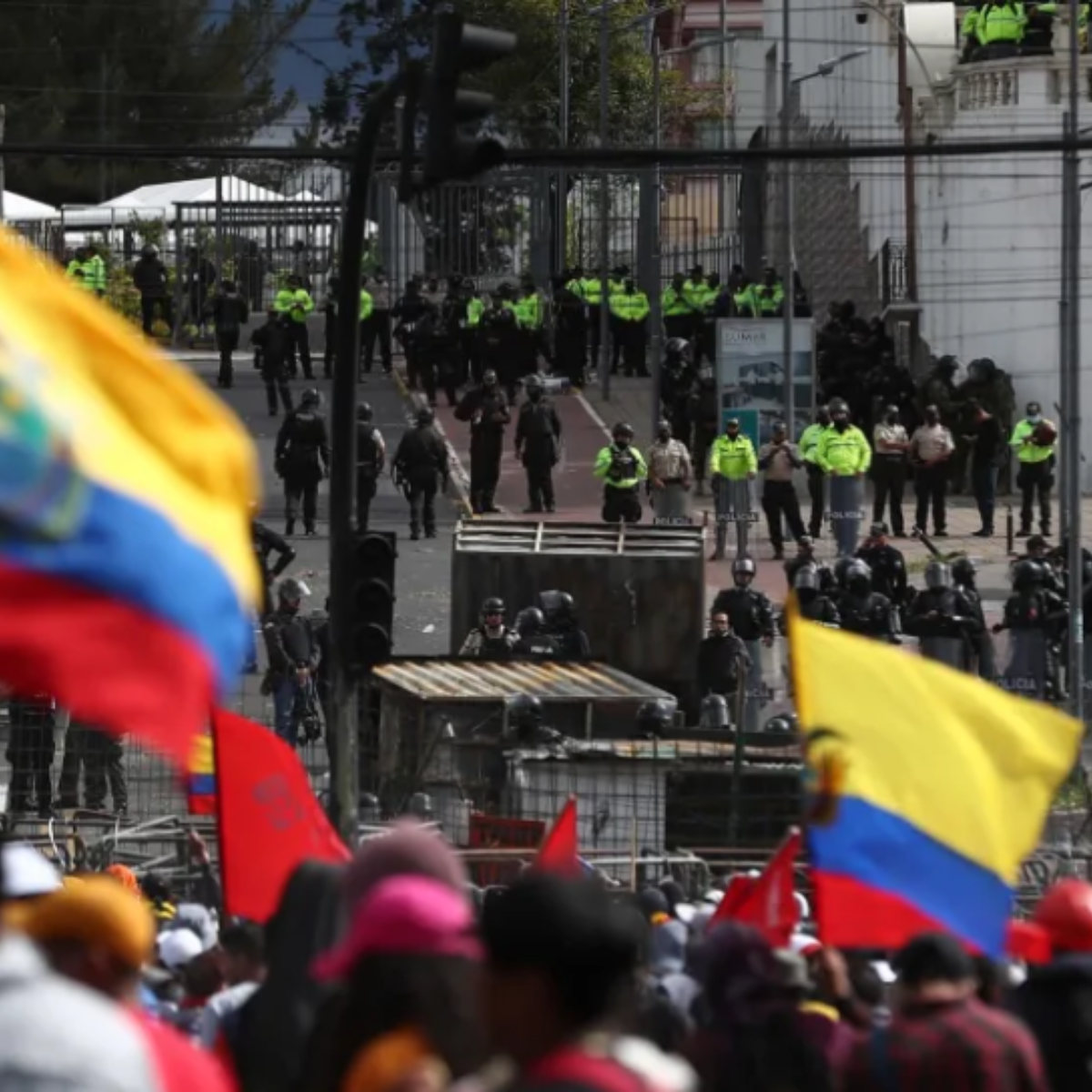 The Confederation of Indigenous Nationalities announced this Monday that it agrees to dialogue with the Government to promote solutions to the demands that generated a strike and violent protests in the last two weeks in Ecuador.

The indigenous organization, the main of its kind in the Andean nation, said in a statement that the measure is a decision made collectively from its bases and that the objective will be to generate the spaces that guarantee the possible results that are achieved in the dialogue.

“By collective decision of the structures of CONAIE, FEINE and FENOCIN we accept the invitation made for the meeting with the 5 branches of government,” the organization said on its Twitter account.

“We will promote results for the 10-point agenda, we call on our mobilized bases to be vigilant.”

Meanwhile, a large march gathered in a square in the historic center after touring several streets in the center of Quito and was led by the maximum leader Leonidas Iza.

When is the meeting between protesters and the Government of Ecuador?

It is expected that in next few minutes indigenous leaders go to the La Basílica church where the meeting with government delegates.

Shortly before, the indigenous people rejected the announcement by President Guillermo Lasso to reduce the prices of gasoline and diesel by 10 cents on the dollar and described it as insensitive and insufficient, while the national strike called by that sector extended amid violent demonstrations. .

CONAIE considers that of the ten points raised at the beginning of the strike there is an “achievement” in half of them and gives as examples the lifting of the “abusive” state of emergency or the recovery of the House of Cultures, “historic space of resistance”.

“But we know that it is not enough and that we are fighting against poverty and the profound inequalities that exist in Ecuador,” they warned.

It may interest you: Guillermo Lasso protests as the new president of Ecuador.

How many people are there in Ecuador in 2021?

Ecuador, with a population of 17,511,000 peopleis in position 67 of the population table, made up of 196 countries and has a moderate population density, 68 inhabitants per km2.