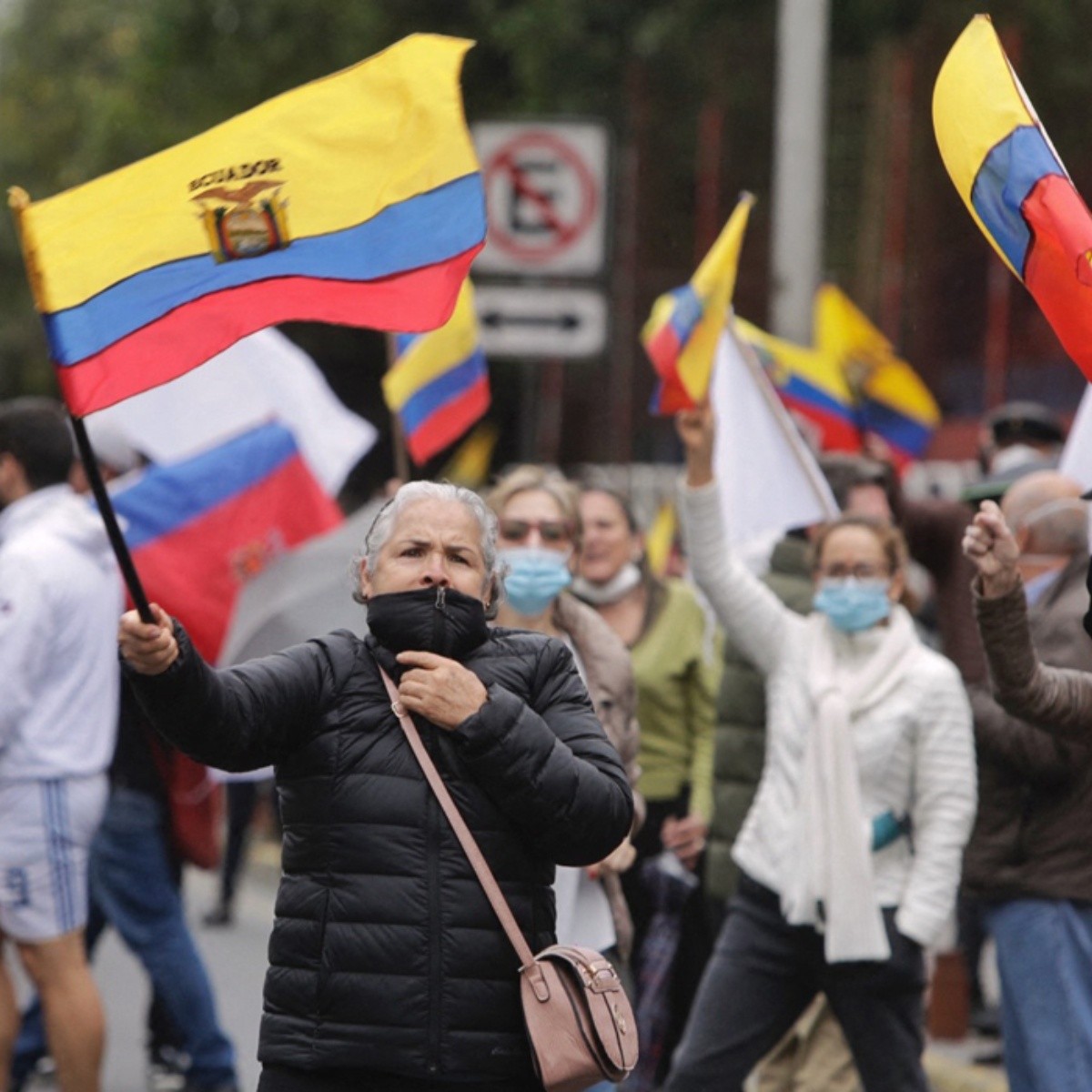 In a open challenge to the government of Ecuadorthe largest indigenous organization closed roads in three Andean provinces in which a state of exception and the mobilization of military to control demonstrations, which have been going on for six days.

The protests continue in Pichincha (whose capital is Quito) and its neighbors Imbabura (north) and Cotopaxi (south), with a strong presence of indigenous people, who represent more than one million of the 17.7 million Ecuadorians, after the ddeclaration of the state of exception in those jurisdictions.

The road blockade also extended to another 14 of the country’s 24 provinces during the day, according to the state Security System ECU911.

The Confederation of Indigenous Nationalities (Conaie), which participated in revolts that overthrew three presidents between 1997 and 2005, proposed to the National Assembly on Saturday the repeal of the measure so as “not to be an accomplice in the repression against the people,” he said. Twitter.

The Constitution allows the Parliament to revoke the decree of the conservative president Guillermo Lassothrough which he declared a state of exception, for which he requires 70 of the 137 votes.

The ruling party has 13 seats in Congress, in which the opposition forces are scattered but make up the majority. Pachakutik, the political arm of Conaie, is the second block with 18 assembly members.

The organization leads the protests demanding a fuel reduction after raising the gallon of diesel by 90% (to $1.90) and regular gasoline by 46% (to $2.55) between May 2020 and October 2021, since when prices are frozen by pressure from the natives.

Since last year, he has proposed that they decrease to 1.50 and 2.10 dollars, respectively.

The demonstrations, which have included student marches in Quito, leave at least 83 injured and 40 detained, according to authorities and aboriginal unions.

“So far, 75% of flower producers throughout Ecuador have NOT been able to dispatch the cargo. The roads remain blocked despite a state of exception that some assembly members want to break down,” the flower exporter union said on Twitter. traditional sales item.

After unsuccessful calls for dialogue, in which the UN wants to mediate, Lasso declared on Friday a state of emergency for 30 days in Pichincha, Cotopaxi and Imbabura, the most affected by the protests.

Under that measure, issued before a “serious internal commotion“, Lasso ordered the mobilization of soldiers and a seven-hour curfew at night, and suspended the right to meet in those jurisdictions.

“It’s about time the president did this because it’s not fair that a group of indigenous people want to run the country as they please,” Elsa Proaño, a 64-year-old street vendor who considers herself harmed by the demonstrations. “I am against the strike,” he added.

The president of the Conaie, Leonidas Iza, responded on Saturday: “We ratify the fight at the national level, indefinitely”, for which the communities maintain the protests.

“From this moment we prepare the mobilization” of natives to Quito to join the demonstrations that other sectors such as workers carry out in parallel to the road blockade, he said, without specifying when they will arrive in the capital.

Aborigines led violent anti-government riots in Quito in 2019 that lasted more than a week, leaving 11 dead and more than a thousand injured.

Given the increase in drug trafficking and violence, since April 30 another state of exception has been in force for 60 days in the coastal provinces of Esmeraldas, Manabí and Guayas. In Guayas there were protests on Saturday.

Lasso also announced on Friday a series of measures such as raising a bonus from 50 to 55 dollars for people in poverty, subsidizing up to 50% the price of urea for small and medium producers and forgiving overdue loans for a maximum of 3,000 dollars granted. by the state bank for productive development.

The Conaie has proposed a list of 10 points, which demands that it be attended to before sitting down to dialogue.

The “substantive issues (…) you do not intend, in this case, to solve them,” Iza declared.

However, he indicated: “We salute the points (in) that progress is being made. Although they are ridiculous, they will help somewhat” the most needy sectors.

As of last Decemberpoverty in Ecuador reached 27.7% of the population and extreme poverty reached 10.5%. Rural areas are the most vulnerable.

La Conaie reported on Saturday that his vehicle, in which Iza was, was shot.

“He is fine. We alerted this within the framework of the state of emergency and the belligerent attitude of the Government,” he indicated on Twitter. The authorities have not commented on the matter.