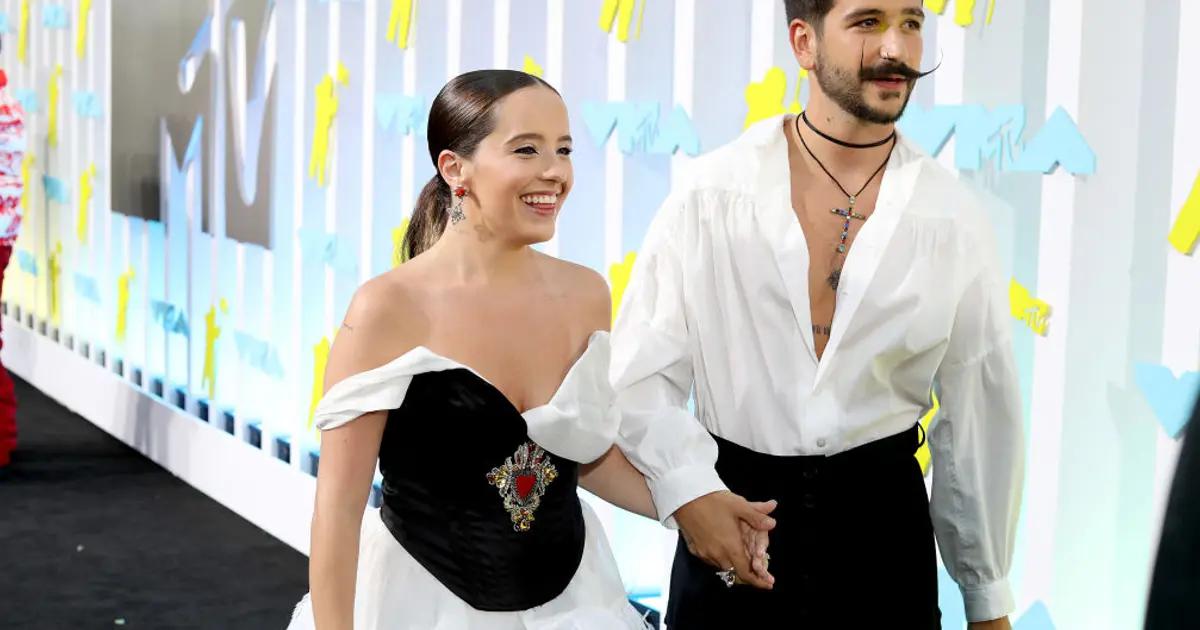 Indigo’s face is revealed. It was on April 9, 2022, when the life of the spectacular couple, Camilo and Evaluna Montaner, lit up completely because the wait was over for the couple with the birth of their beautiful daughter, whom they decided to give a very peculiar name, Indigo.

The famous couple decided some time ago to hide the face of the baby without revealing any photographs. But the couple suffered a severe oversight yesterday at the airport, where the media unintentionally captured the face of little Indigo. Who does she look like?

Why don’t they want people to see the baby’s face?

The couple, who in the style of ‘The Kardashian’, has released a documentary in the company of the entire Montaner family, have tried to be very careful with revealing the face of their baby, as they have tried to ensure that only close friends and family know who she is and what her face is.

According to the news portal El Universo, before Indigo’s birth, Camilo and Eva Luna made it known that their daughter, when she grows up, will decide whether she wants to be a public figure. This is one of the reasons why her face had not been revealed.

Reveal your baby’s face for the first time

In a big oversight made by the couple, Camilo and Evaluna did not realize that their little girl was not with her face covered, leaving her exposed to millions of people. Immediately thousands of people, after her face was revealed, began to debate who she looked more like.

According to the portal Semana, most people have agreed that Indigo has the most similar features to her mother, Evaluna Montaner, daughter of renowned singer Ricardo Montaner. A video shared on Instagram helped to clarify the little girl’s face further.

Reveal the face of Indigo: What do people think?

The decision made by the couple not to show the baby’s face, according to the portal Semanal, was respected by many people but highly criticized by others. In addition to the fact that through the video shared on Instagram, they have received a lot of criticism.

“They seem ridiculous. They are the parents, and they will see if they show or not the face of their daughter, they criticize for everything”, “I hope they are denounced for uploading photos of children without the consent of their parents,” “So much stupidity with this, she is an ordinary baby, I don’t know why so much bullshit just because they get fame.”

They criticized her for photographing her husband without clothes

This is not the first time that the couple has been heavily criticized, as Evaluna Montaner did the unimaginable, no one thought she would dare to do so much, and although the image is not clear, it is quite explicit. The singer uploaded a publication where you can see her husband, the singer of ‘Vida de Rico’ taking a bath, where you can see her butt, but she deleted it immediately.

The criticism this image has raised has been quite a lot because although the story is no longer available in her stories, some media captured the embarrassing moment. Through the news portal Chisme No Like, this was criticized by many people.