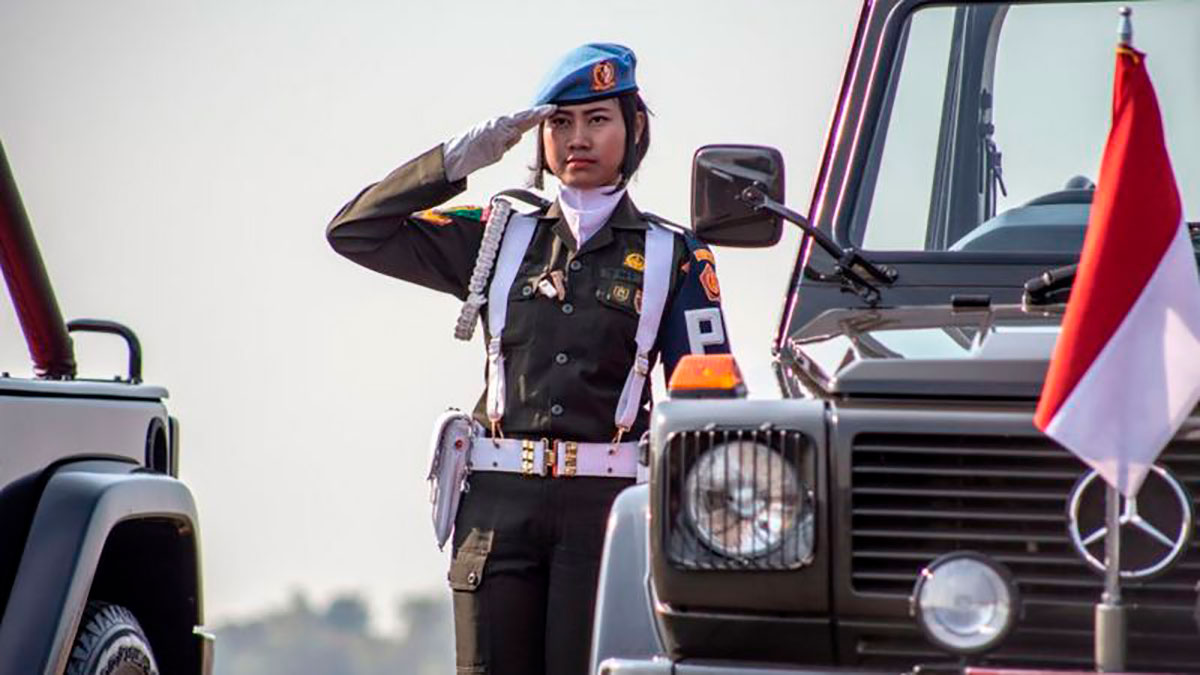 For decades, Indonesia asked women who wanted to join any of its military branches for a virginity test that consisted of an examination with several fingers to check if the hymen was intact.

Fail supposed the rejection of the applicant and the end of a possible military career.

In some cases, the requirement extended to fiancées of officers who had to go through the same process before getting married and demonstrate that the thin membrane attached to the vaginal wall was intact.

The test was part of a broader medical analysis to which all candidates are subjected and which is intended to check the health of the recruit.

However, the gynecological exam is only for women, something that for years human rights organizations have denounced as being abusive and discriminatory.

“The” virginity tests “are a form of gender violence and it is a widely discredited practice, ”explains Andreas Hasorno, a researcher at Human Rights Watch in Indonesia.

“The test includes the invasive practice of inserting two fingers into the vagina to, presumably, assess whether the woman has had previous sexual intercourse“, He says.

Many women who spoke to the non-governmental organization dedicated to the defense of human rights stated that it was a painful procedure.

As early as November 2014, the World Health Organization determined that this test “has no scientific validity.”

And it is that the experts in reproductive health affirm that the condition of the hymen has no relation to the state of virginity.

For the scientific community virginity is not even a medical term.

Now, the head of the Indonesian Army, Andika Perkasa, has announced the end of this type of examination for women who join the ranks of the armed forces.

“It will no longer be necessary. The objective of the selection process is to verify health“, He stated, before highlighting that this test is” irrelevant “for a procedure to enlist the military.

From now on, candidates should only be evaluated by their ability to participate in physical training and if they are fit to do so.

“The army command is doing the right thing. It is now the responsibility of the battalion and territorial commanders to follow orders and recognize the unscientific and abusive nature of this practice ”, Hasorno told BBC Mundo.

“Increased pressure must also focus on top navy and air force commanders to follow suit of the army and put an end to this practice, ”he added via email.

The Democratic Party said the test for future soldiers should be relevant to their roles and duties.

And he agreed on the abolition of the test that will lead to “improvements in the recruiting system”, collects the digital medium Detik.

It is not clear if the announcement affects only the Army or also other branches of the Armed Forces of the Asian country.

But the doubts are expected to clear up in the coming weeks.