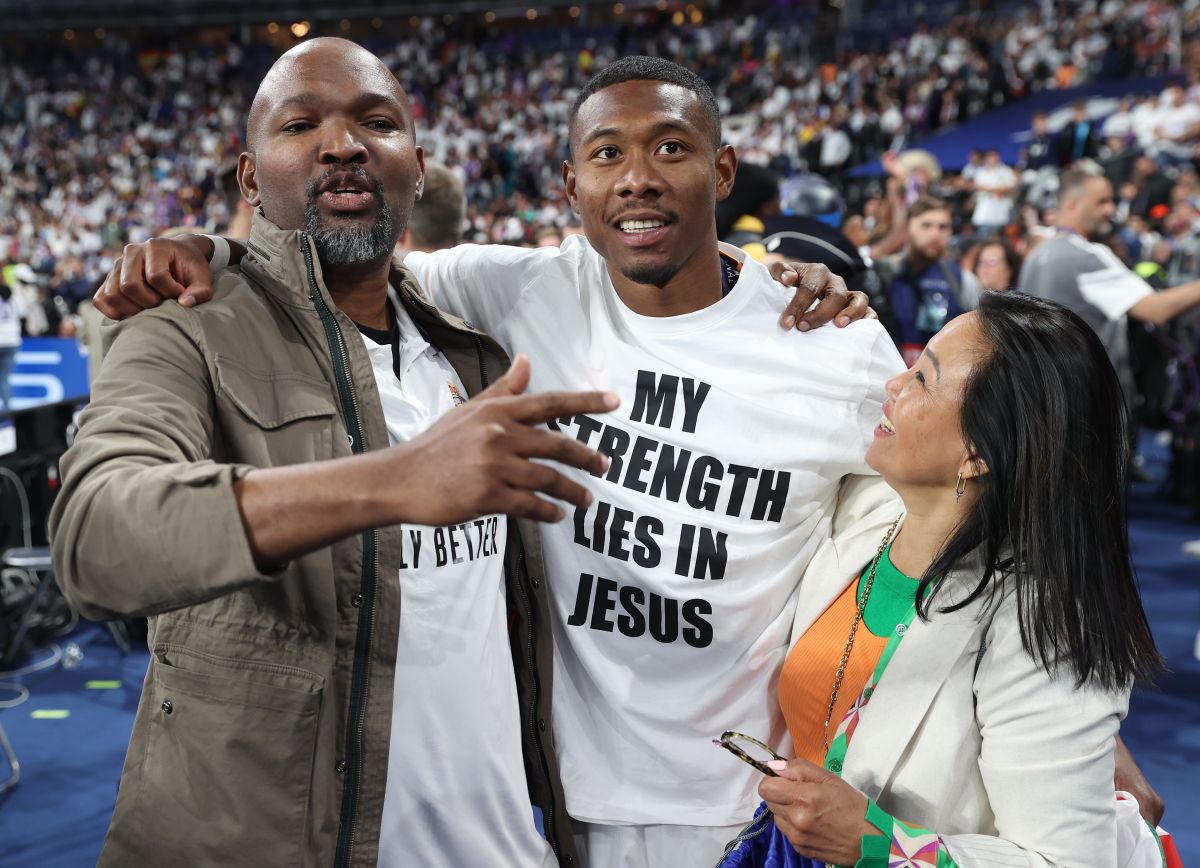 This Saturday, Real Madrid celebrated their the Champions League number 14 in with their historical win against Liverpool and one of the protagonists, David Alaba, celebrated in a big way and in a way that Madrid fans will always remember.

Alaba, just as he had done against PSG, Chelsea, and in the locker room after the surprising comeback against Manchester City, decided to grab a chair and shake it over his head in a celebration that has already become iconic in merengue history.

On this occasion, while celebrating with Militao in front of the stands, they handed him a chair and he raised it again and shook it as if it were the Cup itself but this time it was withdrawn from his hands after a few seconds, causing everyone to laugh; it apparently belonged to one of the cameramen present.

The celebration became so popular that it gave rise to thousands of memes on social networks and even the most recent episode of this Saturday of the Spanish program ‘El Chiringuito’, saw how one of his talents, JuanMa Rodríguez, entered the debate room taking a chair from his hands to celebrate the triumph of Real Madrid.

But the celebration of Alaba did not stop there. Already inside the changing rooms, the Real Madrid account showed how the center-back celebrated with champagne and spilled the drink on all his companions.

Finally, the account did not miss the opportunity to joke about the chair episode by uploading a photo of Alaba raising the cup that accredits him as champion of the UEFA Champions League.

The Austrian’s first season at the Merengue club was sealed with a European Cup and Spanish League double after having arrived on a free transfer from Bayern Munich in the past summer transfer market.