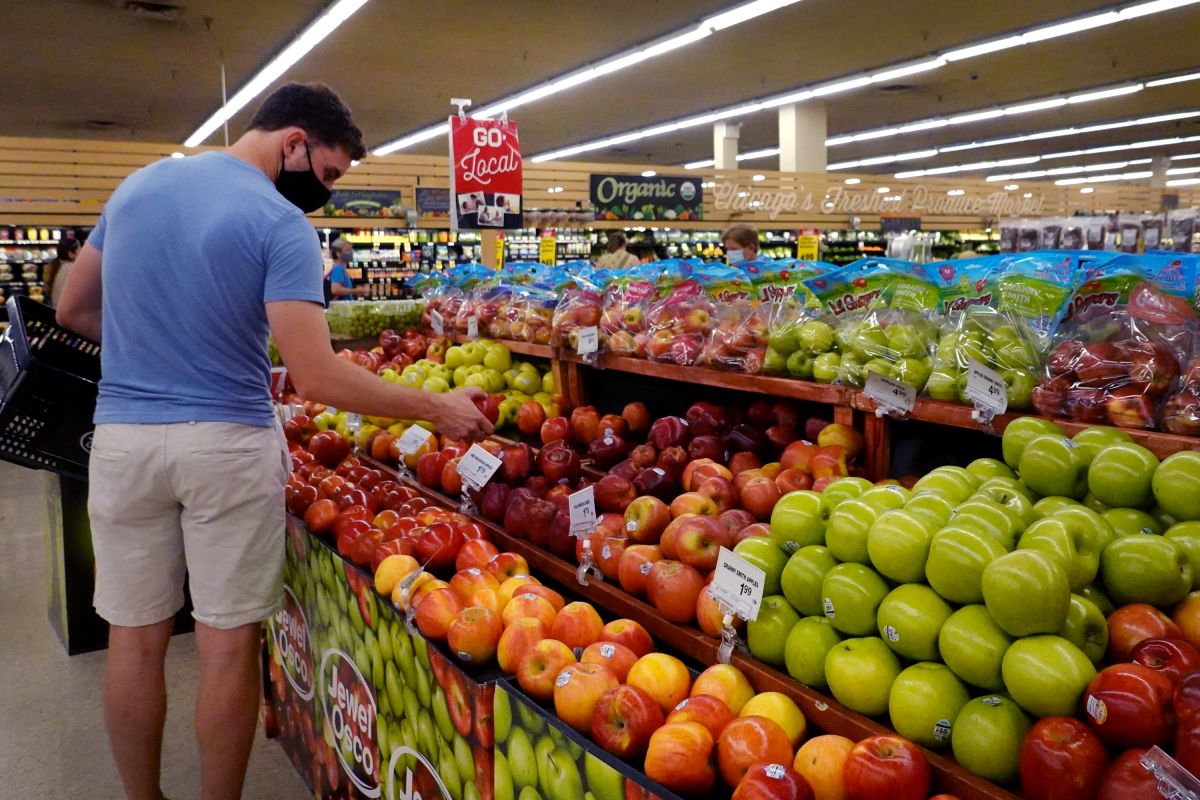 The increase in prices scares everyone and more when it is recorded in the products that the majority of the members of the households in the United States buy.

Inflation is the economic process in which product prices show an increase, and therefore decreases the value of money among the members of an economy.

During the pandemic in the United States, many consumers faced higher prices for goods and services while they lost their income due to layoffs or simply their income did not register a change, so purchasing power and disposable income were affected.

The Bureau of Labor Statistics has released a Consumer Price Index report for the month of September, showing that buyers are paying on average 5% more for goods and services compared to the same period last year. A survey by the Morning Consult consultancy shows that consumers in the United States expect the economy to worsen in the next year.

What are the prices that most surprise consumers?

The products that have increased the most in price in a year are:

There is only one category of goods that has seen its price decrease in the last year: Sanitary productssuch as medicines, medical supplies and equipment.

Why are prices increasing?

Labor shortages have been a common theme in private sector discourse on rising prices. Whether for distribution or production, companies have struggled to attract workers. Initially, unemployment benefits awarded by the federal government and states were blamed for workers who lost their jobs during the pandemic. That idea led to a large number of states ending the delivery of benefits early.

Despite criticism for unemployment benefits and programs that ended in early September, the problem of hiring new workers persists in all sectors a few days after starting November. This means that there could be other reasons that prevent workers from re-entering the workforce.

In the United States there are more than 10 million job openings in all sectors that are desperate to hire more staff, while workers are more likely to choose the best job that offers them a better quality of life and that fulfills the function of satisfying your needs.

In August the data showed that more than 4 million workers quit their jobs. The education and food sectors experienced the highest level of resignations.

Now we will have to be aware of the September data that will be revealed in November and that will be an important factor in evaluating whether this phenomenon continues until the end of the fall.

Whether for distribution or production, companies have struggled to attract workers. Initially, unemployment benefits awarded by the federal government and states were blamed for workers who lost their jobs during the pandemic. That idea led because a large number of states terminated the delivery of benefits early.

Related: 5 keys to understanding why certain employees in the United States have a hard time “going back to work”

In addition to labor shortages, companies have noted other problems in the supply chain to justify the increase in prices.

Among them are the shortage of raw materials and the difficulties that transporters and even ships are facing in getting products and raw materials to production centers.

These problems are also related to labor shortages and with changes in consumer preferences during the different stages of the coronavirus pandemic.

Until now there is no date for problems in the supply chain to end and continue to affect consumers. Finance experts expect inflation to be higher during 2022.