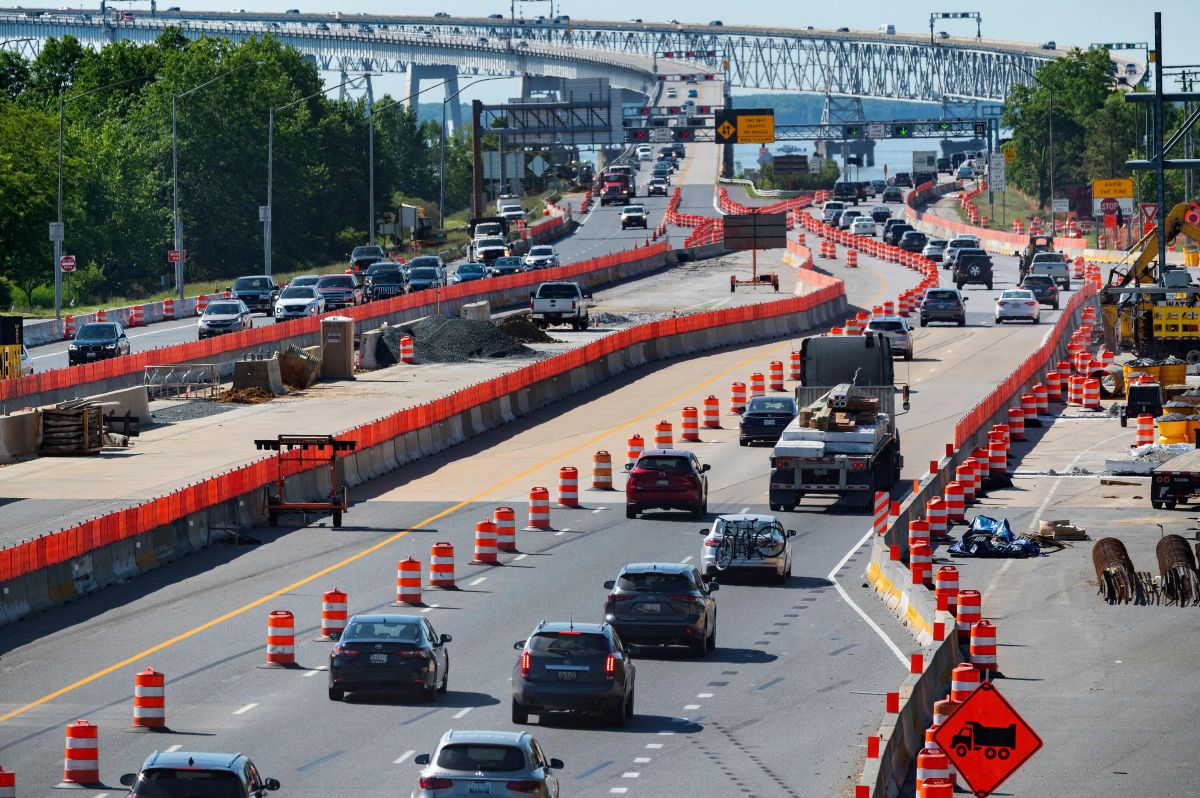 This Tuesday after three months of negotiations between Democrats and Republicans the Senate gave the green light and approved the $ 1.2 trillion infrastructure plan which seeks to finance projects such as highways, bridges and airports throughout the country.

The new project includes a budget of $ 550,000 million dollars that the federal government will be able to invest to build and improve roads, bridges, the quality of drinking water, increase the speed of broadband Internet and even fight against climate change.

The American Employment Plan that was approved in March aims to do more than fix potholes and reduce traffic jams on big roads.

Now that the plan has been approved in the Senate, the bill will have to be put to a vote in the House of Representatives, however, there is still no date for its vote.

The American Society of Civil Engineers has said that without the necessary investments in infrastructure, a family will lose more than $ 3,300 in income, just over $ 9 a day, or close to $ 66,000 over the next 20 years due to deficiencies in the country.

1. You will be able to save more time on your trips

The U.S. Census Bureau says the average commute for 148 million workers in 2019 took 27.6 minutes to get to work on each route. This is an all-time high since the office began collecting travel data in 2006.

The White House also notes that households that take public transportation to work “have twice the travel time.”

The bipartisan plan has asked Congress to invest $ 105 billion in public transportation and passenger rail as well as freight, as well as an additional $ 7.5 billion that will also partially fund electric buses. These improvements are ultimately intended to reduce traffic congestion for everyone.

Related: The coronavirus raised the average age of cars circulating in the United States to just over 12 years

2. Construction of chargers for electric cars

Initially, Biden wanted to offer tax incentives and rebates at the point of sale to help “all American families acquire clean vehicles for the future.” He has already proposed $ 174 billion for electric vehicles and charging stations that include $ 100 billion in rebates for consumers.

The White House says the bipartisan plan has asked Congress to invest just $ 7.5 billion to “build a national network of electric vehicle (EV) chargers along highways and in rural and underserved communities.” The President set as an initial goal the construction of 500,000 electric vehicle chargers by 2030.

3. You can have a faster and cheaper Internet

The new bipartisan agreement will allocate $ 65,000 million to bridge the Internet gap between rural and urban areas of the country with the construction of high-speed broadband infrastructures that can reach 100% coverage throughout the nation.

Related: Emergency Broadband Benefit: How to Apply for Federal Aid of $ 50 on Your Internet Bill

The infrastructure plan also seeks that the federal government’s investments in clean energy support generating better wages in jobs. The White House has said that bipartisan $ 1.2 trillion plan will “create high paying jobs and advance environmental justice”. On Friday, the United States Department of Labor reported that close to 1 million people returned to work during the month of July, registering the largest increase in the hiring of personnel since the start of the coronavirus pandemic.