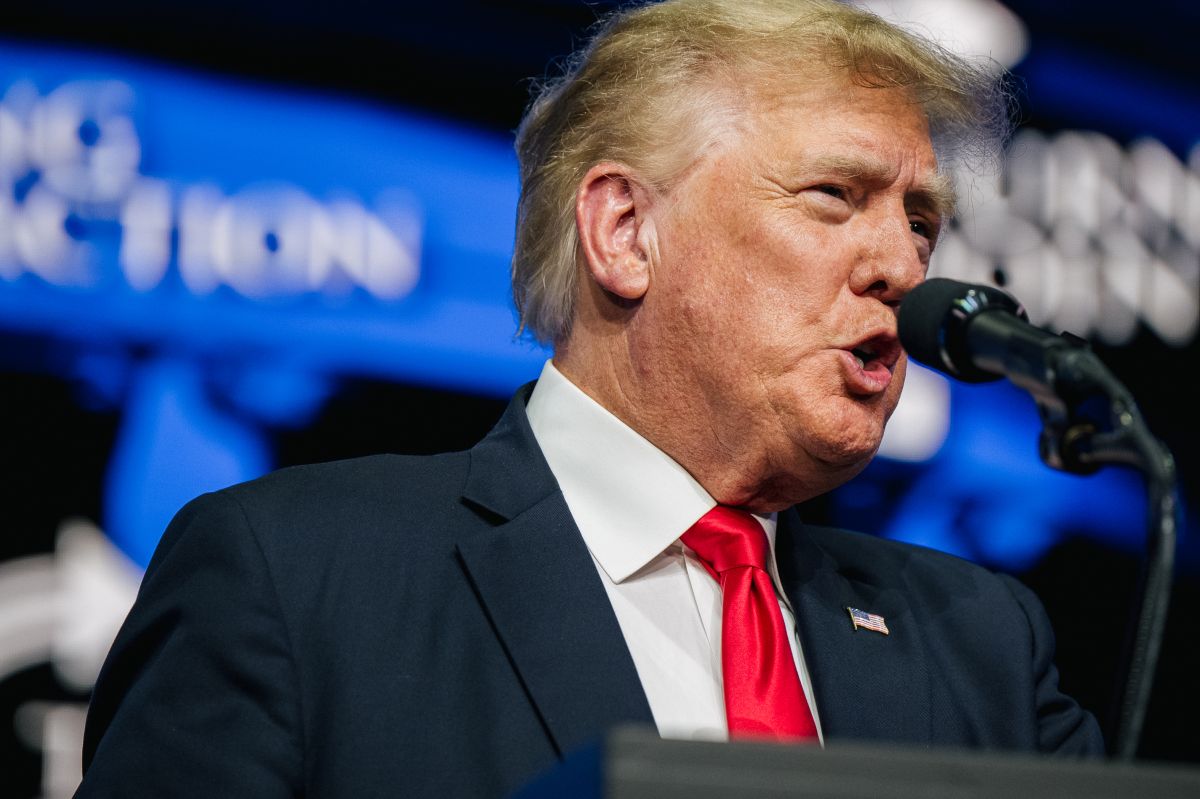 Former President Donald Trump does not stop raging, well after 17 Republicans joined the 50 Democrats to promote the $ 1 trillion package in the Senate, threatened that there are “many primaries” ahead for any Republican lawmaker who cooperates with Democrats to get the bipartisan deal passed, Business Insider reported.

Trump during his presidency tried to pass his own infrastructure law and today he is very upset not because of specific problems with the content of the bill, but because the approval of the bill would be “A win for the Biden administration and Democrats and … heavily used in the 2022 elections”.

“Don’t do it Republicans, the patriots will never forget!” wrote the former president. “If this agreement is reached, there will be many primaries on its way.”

His statement was made public after Senate Minority Leader Mitch McConnell announced they would vote to advance the bill this Wednesday, where some Republicans joined Democrats in promoting bipartisan legislation.

Despite his defeat at the polls in November 2020, Trump has not stopped showing his support or rejection of whoever is against his interests and now warning Republicans to abandon the talks.

What was approved in the Infrastructure Plan?

The United States Senate passed a bipartisan infrastructure investment bill of approximately $ 1 trillion, which means a key milestone that, if consolidated, would be the largest approval of federal resources for the public works system in more than a century.

The Senate voted 67-32 to take the first procedural step to debate the measure that has a good chance of passing and is supported by President Joe Biden, Reuters reported.

We’ve reached a historic deal on infrastructure, folks. The Bipartisan Infrastructure Deal is the largest infrastructure bill in a century. It will grow the economy, create good-paying jobs, and set America on a path to win the future.

The bipartisan agreement won the approval of all 48 Democrats, two independents and 17 Republicans in this first procedural vote.

The bill includes funds for physical infrastructure and is expected to be the first of a couple of packages, followed by the $ 3.5 trillion “human infrastructure” that faces strong Republican opposition and some dissidents, including some moderate Democrats.

“We are excited to have a deal,” Sinema said. “We have finished most of the text, so we will publish it and then update it as we finalize the last pieces.”

The White House detailed some of the figures that will be assigned for the improvement and expansion of infrastructure:

It transpired that the package would be financed through a combination of measures. $ 205 billion of Covid-19 relief funds to be redirected; $ 50 billion in benefits that were recovered from fraudulently paid unemployment during the pandemic will be reallocated; and $ 50 billion was raised from states that returned unspent federal unemployment funds.

Additional procedural votes and debate on the bill are expected in the approval process, possibly by the weekend or days after.

The United States economy will have a historical expansion of 7% in 2021, not registered for 37 years

Family and desire to make parents proud are the main motivators of high-income Latinos in the US.