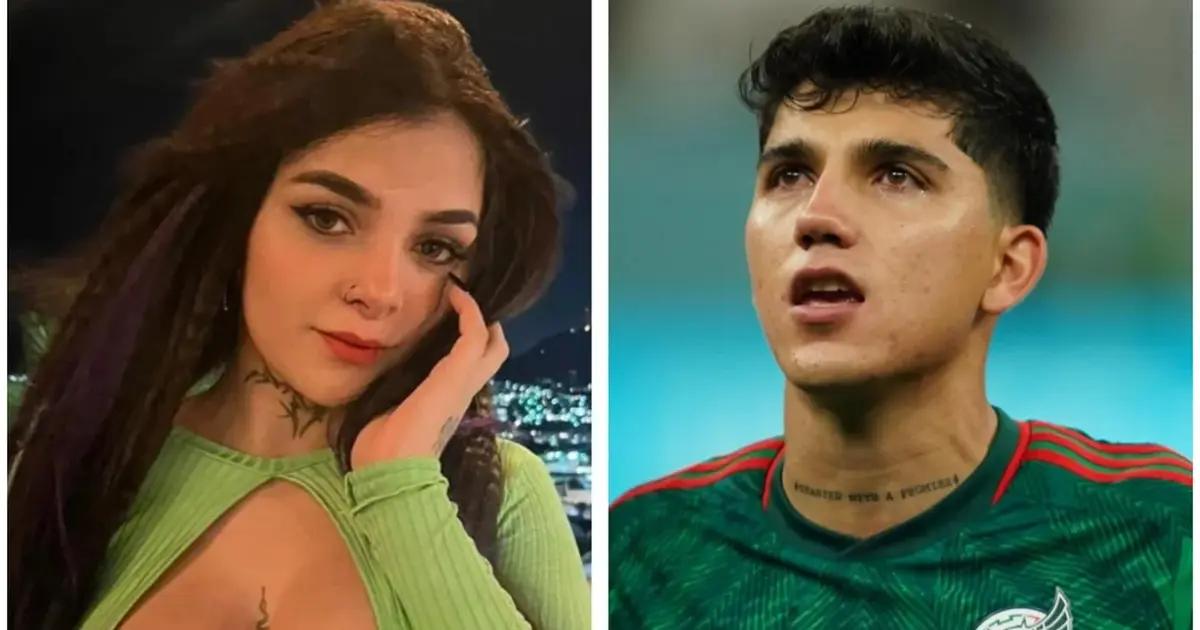 The Mexican National Team concluded its participation in the 2022 Qatar World Cup in the group stage. The tricolor team could not access the round of 16, for which many footballers thanked the support of the Mexican fans. Kevin Álvarez shared a message on his Instagram account expressing his happiness for representing Mexico in a World Cup. An unexpected response was from the influencer Karely Ruiz, who left her an emoji of two hands that form a heart. Netizens immediately criticized her for wanting to “flirt” with the player.

User comments focus on the fact that the OnlyFans star has a boyfriend and that he would not value the 23-year-old footballer: “Get anyone but leave him alone, he is a very cute boy,” “I would defend you, but what you did to Jay Lee I do not forgive you,” can be read in the comments.

Although others took it in a better way and supported the idea that there is a relationship between the Pachuca player and the influencer: “ Take him to the Moon for me, Karely,” “Why are they like this? He has the right to hang out with whoever he wants, and if it’s her, it’s okay, everyone makes their life how they want”, highlighted these answers.

Everyone seems to like Kevin, as Karely is not the only one to show interest. A few days ago, even Canelo’s daughter, Emily Cinnamon, seemed to have sent hints toward the Mexican defender. And the list could continue.

It should be noted that Kevin Álvarez is currently single. He had a relationship with Nailea Vidrio, Cruz Azul’s feminine team soccer player, but it ended a few months ago. Meanwhile, Karely Ruiz has a relationship with reggaeton Jaylee, as the musician lets him see on his social networks.

What was the message of the defender of the tri that generated the flirtation of Karely Ruiz?

Kevin Álvarez is currently the MX League champion with Pachuca, and he had an outstanding season, which led him to be constantly called up in the World Cup process with the Mexican National Team. The right-back from Colima started the Tri’s second game against Albiceleste and stood out for his defensive and offensive work. The publication of the soccer player that Karely Ruiz commented on says the following:

“Sad for not achieving the goal, but happy to have achieved a dream I had since I was a child. Proud of this group and of representing my country. Many thanks to the fans who were always rooting for the last one. Unfortunately, we couldn’t give them the joy they deserved, but that’s football. It remains to get up and keep growing and dreaming.”

Karely Ruiz responded to the controversy for “breaking up” a marriage

The TikToker @icefire_oficial carried out a casual interview with a woman in Puebla. The lady spoke about her personal life, and one of the topics she touched on was her divorce, as it surprisingly involved the model from Monterrey.

“Karely Ruiz destroyed my marriage because I found her photos on my ex-husband’s phone because we separated. I complained to him, but he told me that she was famous, I don’t know what, but we separated because of Karely Ruiz,” said the woman in the audiovisual material.

The 22-year-old influencer revealed through her social networks that she was aware of the controversy and regretted the situation. ” I feel guilty because they divorced me,” although his followers took this phrase as sarcasm. One of the comments he highlighted was that of a woman who confessed to him that she fears that her husband will be taken from her: “You were to blame for saying that you like them ugly, poor and paunchy. Now we all have the insecurity that at any moment you steal our husbands”, “I even send your photos to mine and that’s not why I’m going to get divorced,” it reads.