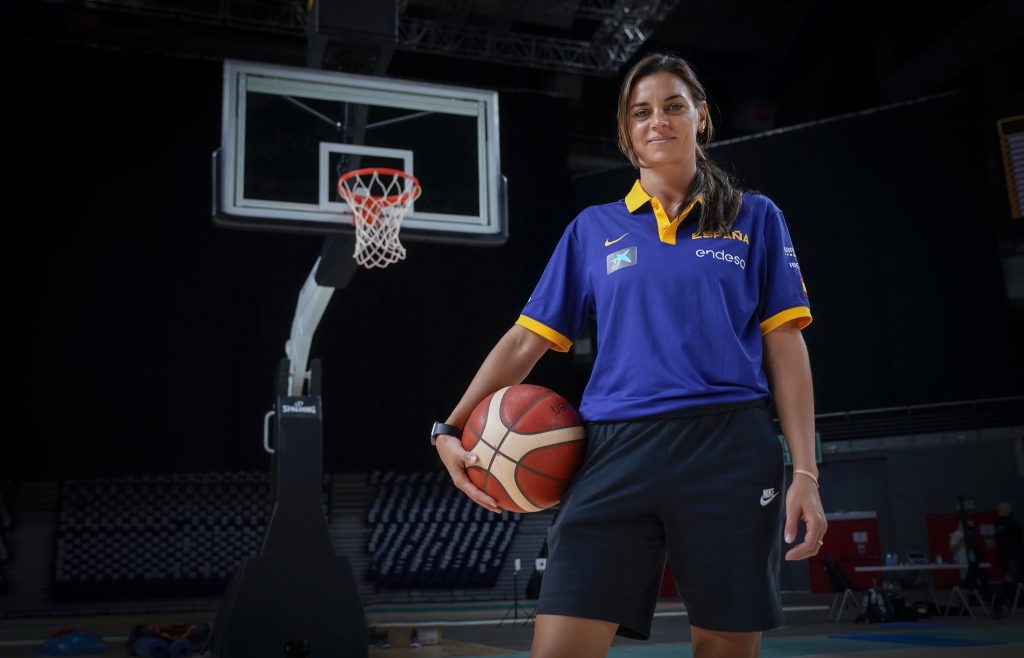 Lorena Torres (Ibiza, 1981) is still very well known to the general public but she has worked with coaches such as Gregg Popovich, Brett Brown and Sergio Scariolo. She is a specialist in high performance and sports science who has come to the Spanish Federation to emphasize a new work methodology. 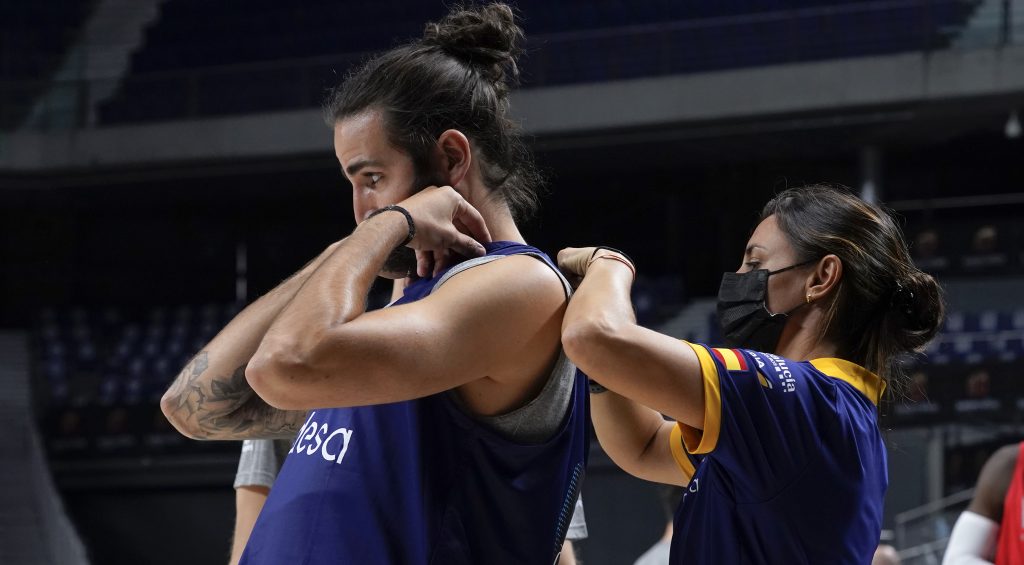 What does your work in the Spanish Federation consist of?
I have a double role. I am coordinating the information management and the performance area so that the technicians have the same space in which to share that information and supervise the work that is being done in the area of ​​physical preparation in order to detect talent and a retrospective analysis. We have had incredible generations, so we have to see in what parameters they have excelled so that it helps us to continue finding talent. In addition, with the men’s team I control the management of the loads and the physical preparation area. My role is more to support the physical preparation and to monitor, control and manage the loads.

Do your family and friends know how to explain what you do?
My parents are a little lost right now, but my friends think so. People who know me would explain to you something like that I make sure that the players perform at their best.

Your signing must have many supporters, but it seems that Sergio Scariolo was one of those who put the most interest. Why?
In the NBA, each franchise has a way of working and priorities, but for a few years the figure of the performance director, the sports scientist or other player support figures have been growing. I imagine that when seeing these methodologies of work with people specialized in performance, the coaching staff values ​​this type of personnel. I guess he thought it would add value. 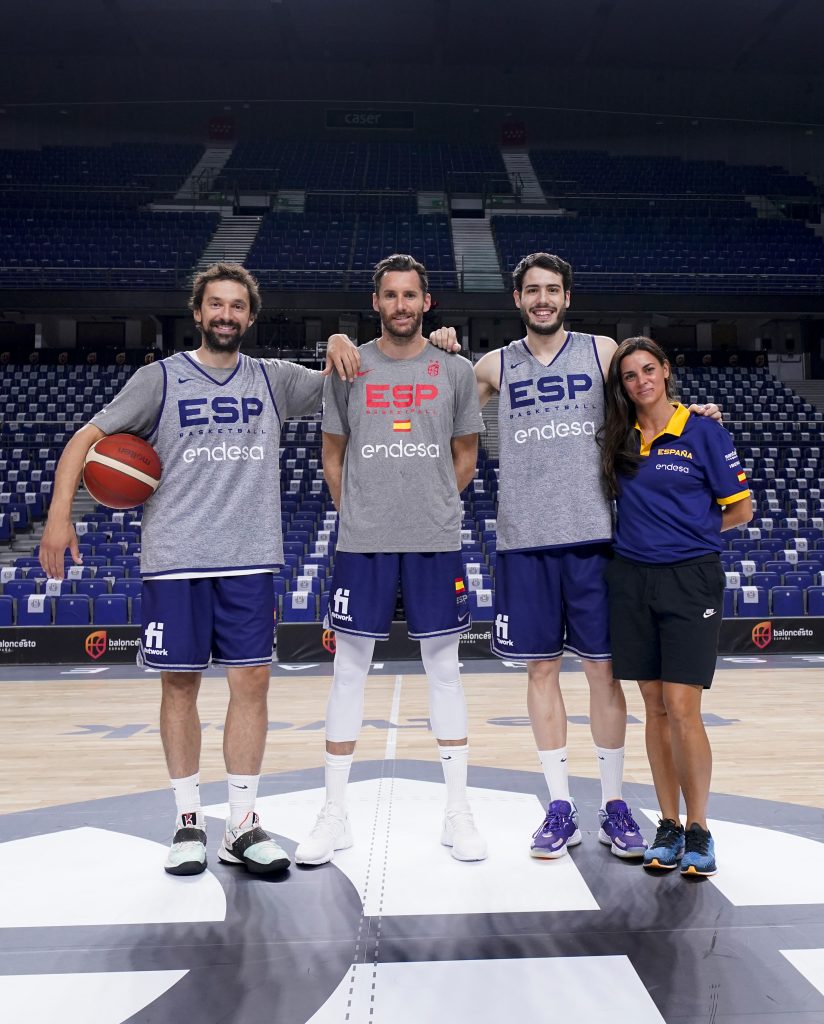 What does a figure like yours bring to a super-elite team?
Knowledge, monitoring and management of loads. In leagues where more than one game is played a week, figures like mine have two main objectives; that the players are healthy and available for the coaching staff and help them to be in the best possible performance conditions. It is about reaching the peak of performance at the moment in which it is convenient depending on the objective of the team. A figure like mine bases all strategies and knowledge on these two main objectives. You have to manage the schedule, the loads, the training sessions … I don’t have the last word, but I am a support for the coach, who is the one who decides. Technology advances and we have more and more objective information. In addition, I take care of innovation and technology so that we can be more efficient and have the best resources during the competition.

Is the tendency to go more and more to individualize the work?
Yes absolutely. Our job is to collect information, analyze it, and present it to decision-makers. That is why it is so associated with big data. If you build a system in which you can fully and objectively assess the players, this will allow you to make absolutely individual plans. Our figure allows you to better select and understand the information.

Is the great challenge of this team its high average age?
In this selection there is a higher age group, but also a very young one. As now the players take better care of themselves, they are able to stay in the elite longer. When they are professionals and take care of themselves, they can perform very well above 30 or 35 years. I don’t think age is a determining factor as a group, but we have highly individualized the work based on the needs of each player. 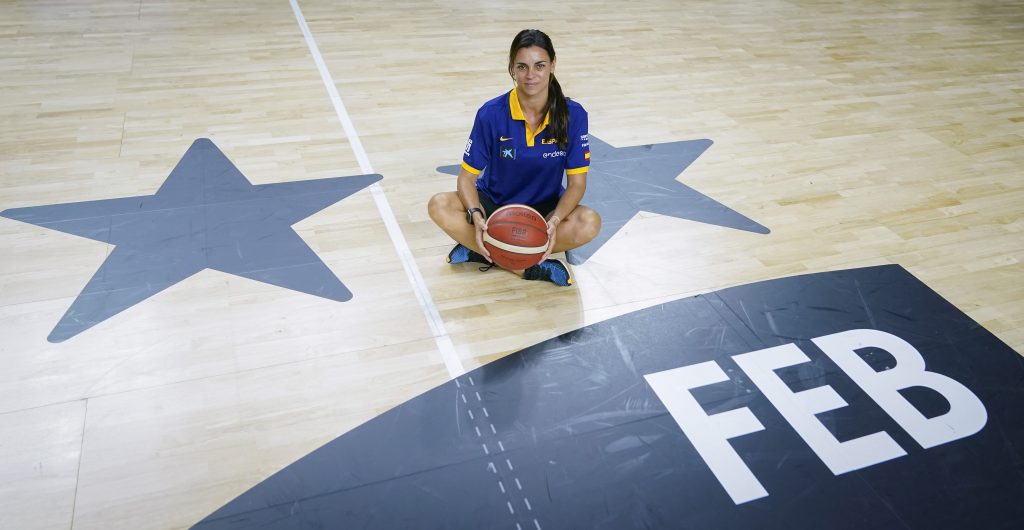 When planning all that work, how has the coronavirus affected you? Does your way of working change a lot?
Not right now. With the bubble system, everything is more controlled and you can work in a safe environment. I believe that we do not lose quality of work. When a positive or direct contact is detected, action is taken quickly. At the beginning of the pandemic it was necessary to take very drastic measures and then it was done in a different way.

Are there many selections that have this figure?
In basketball I don’t know of any, so the Spanish Federation has been a pioneer in introducing my figure. In the NBA all teams have a similar figure. Ours is an integrating figure that helps to unify work teams. There are more and more sports scientists and the figure of the performance director is well established.

What was your role?
In the San Antonio Spurs he was a sports scientist. My figure was related to information management, innovation and technology. At the Philadelphia 76ers, she was director of performance, which also includes recovery, personnel management and integration of different work systems.

What technology will become fashionable?
The mental aspect is very important. What is going to happen is that the technology is that it will be smaller, cheaper, faster, more efficient and it will make people’s work easier. There are tracking and monitoring systems that are widely used, but they will evolve until they are almost undetectable. The future of technology will allow the player to be valued in the least invasive way possible. There will be, for example, templates that will measure the pressure of the force and that will avoid you going to the podiatrist or patches that will replace the blood tests. The sensors that analyze the quality of sleep are also going to grow a lot.

You worked at Barça. How far is a European club from an NBA franchise?
I was at Barça seven years ago. I have not been around for a long time and I do not know the situation in detail, but I have the feeling that the European clubs are still far away. There they bet a lot at the human resources level. Having 8 or 10 people is not seen as an expense but as an investment because the players are very expensive. I get the feeling that there are still differences.

Xavi Schelling, Toni Caparrós, you … Why did the NBA bet on you?
In Spain there is a lot of talent and good training. Being a foreigner and the language is still a barrier, but in the medical area we have great prestige. Those of us who have been there have been because we were lucky to have a chance. If they bet on you, you can prove your worth. 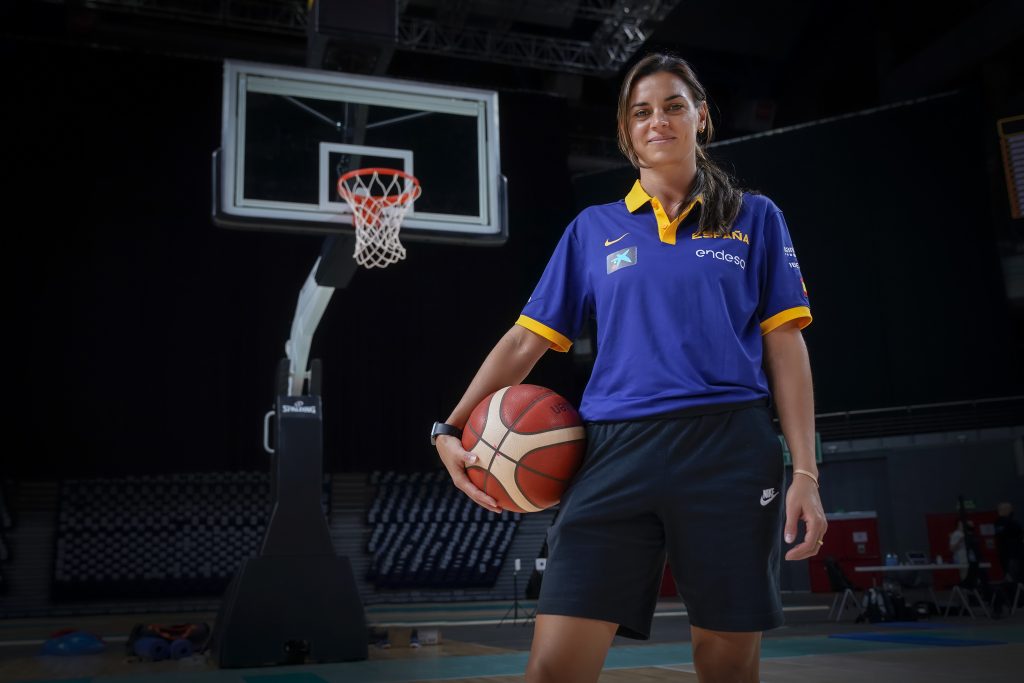 You are a pioneer in many things, also in the fact of being a woman in a men’s coaching staff.
In the United States there is more diversity, but it has been hard for me to be a woman. Nobody gifted me anything. Being a woman in an elite male world has been and continues to be tough. Once you’re on the team, I’ve always been comfortable doing my job.

You’ve written a book, but it doesn’t look like a summer light novel, does it?
It is a technical book, it is not useful to take it to the beach. It is the textbook that all people who want to become certified in the United States as sports scientists have to study. It was a project that Duncan French and me commissioned a few years ago and it has been a great responsibility. I am very proud of it because it serves to unify the contents, it is a manual. We explain what a sports scientist is, what disciplines he can cover, how to work in a team, how to collect information, how to implement technology, how to communicate information … I never mention it, but it is a super thing.

You like to read?
I love reading, especially self-improvement books. For example, how to lead teams or be a better partner. My hobbies are trying different foods and scuba diving, which I love.

Basketball is cool, but you did your first steps in other sports.
I started with synchronized swimming, which is a very logical sport and very tough mentally. I was soaked in their values; discipline, work, perseverance … I am a constant currela because of him. When I got to golf I had a lot of reluctance, but I am very happy to have gone through that discipline because I acquired a lot of knowledge of injury prevention that I use today with basketball players. From tennis I incorporated aspects such as agility, explosiveness, footwork or reaction time over short distances. You learn from everything.

What sports do you want to see at the Olympics?
The synchro, sure and obviously basketball, but the best thing about the Olympics is that you notice sports that you do not follow closely during the year. Fred Vergnoux was my partner, so I also want to see Mireia Belmonte and the rest of the swimmers compete. I like tennis and gymnastics and team sports too. I have friends in field hockey, so I’ll pick up a bit of everything.

You have lived in a lot of places. When you travel the world, where do you say you are from?
Ibizan, without hesitation. My parents live there and I try to keep in touch and rooted.

Ibiza, Barcelona, ​​San Antonio, Philadelphia … Where do you live better?
I like Spain. If I could do my work at the level that is done in the United States, I would do it here.