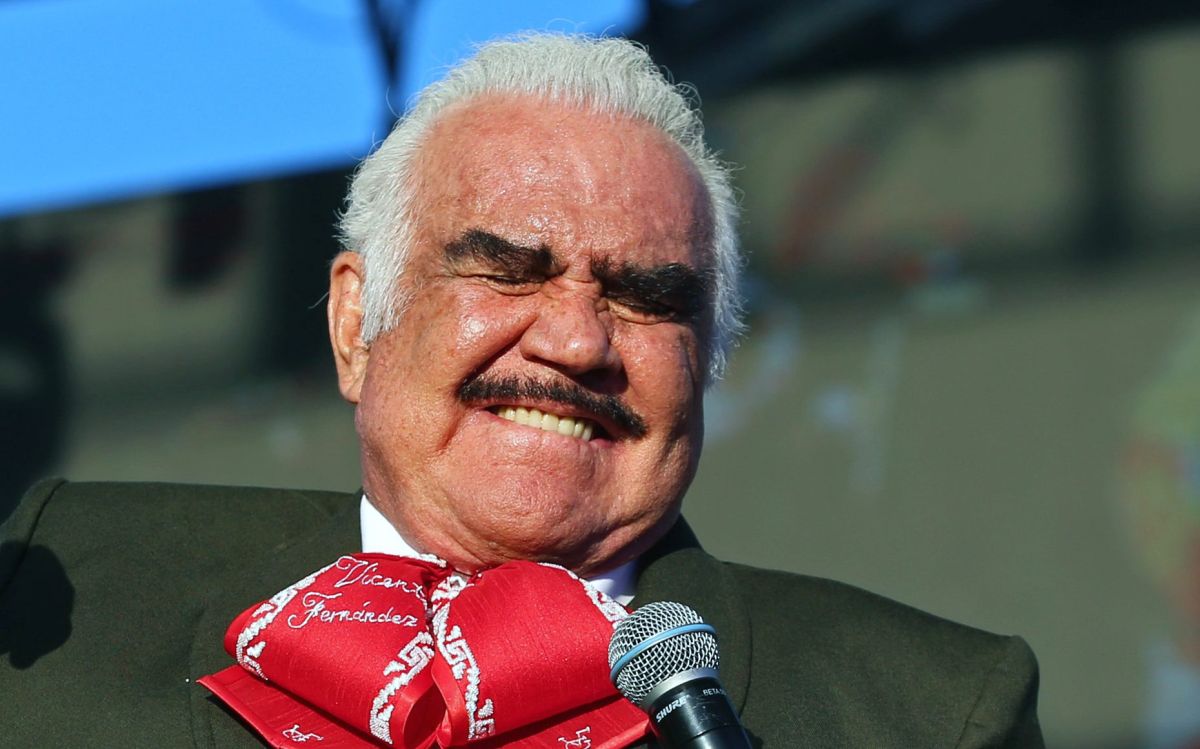 The health of Don Vicente Fernandez It has become a topic of conversation for a few weeks, and it is that the famous Mexican regional music singer has captured the attention of the media due to the serious health problems that he has presented in recent weeks, so fans are keeping an eye on the evolution of his health.

The entertainment world was shocked after several members of the Fernández Dynasty reported that “El Charro de Huentitán” was hospitalized in an emergency in the city of Guadalajara, Jalisco; From that moment there was too much speculation about his state of health.

Vicente Fernández Jr., eldest son of the Mexican regional music singer, has been in charge of keeping the media as well as fans informed about the evolution of his father, who begins to regain his mobility over time.

Through his social networks, Vicente Fernández’s first son shared a message in which he confessed that he is progressing slowly; however, he has not been discharged since last Friday, August 6.

One of the issues that most caught the attention of Vicente Fernández’s followers is that he was diagnosed with Guillain-Barré syndrome; However, it was ruled out that this is the cause of the hospitalization that afflicts him for a few weeks, after suffering a fall at home.

This Wednesday, August 25, a rumor emerged that confirms that a person managed to circumvent the security of the hospital where Vicente Fernández is to enter the room where the renowned singer is hospitalized.

According to the host Ana María Alvarado, it was a man in which he managed to enter the room of the interpreter of “Here between us”, “For your damned love” and “Beautiful honey.” Apparently he tried to take pictures of Vicente Fernández.

Apparently the prompt reaction of the security personnel prevented the intruder from photographing Vicente Fernández; So far the identity of the person involved is unknown and the family has not commented on the matter.

It should be remembered that Vicente Fernández Jr., son of Don Vicente Fernández, reported that he would no longer give interviews to the media since he had to take care of his health, since contact with other people could increase the risk of being infected by Covid-19.