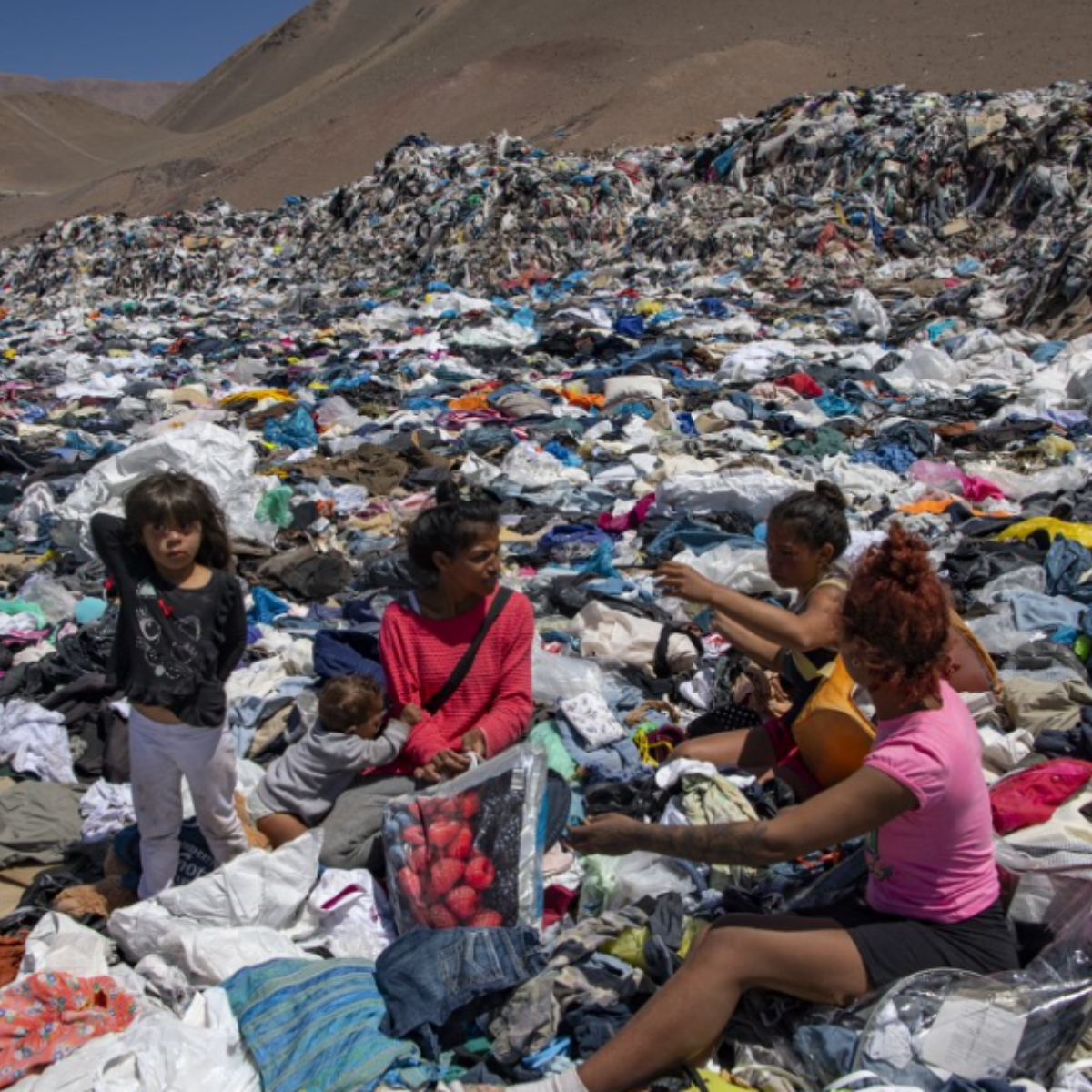 The Atacama Desertlocated north of Chili, It’s one of the more arid places of the entire planet, since it has reached 50ºC in the shade, according to the country’s Library of National Congress. Even despite the inhospitable conditions, which make human life in the area impossible, a huge clothes dump has caused unprecedented environmental damage.

Because of the pollution for tons of textile waste and other items, according to AFP coverage, the Chilean justice system is investigating this clandestine dump. The clothes that have accumulated in the Atacama It is located near the town of Alto Hospicio. Until now, the garbage is known to come from the United States, Europe and Asia.

The Chilean courts they not only found clothes in the Atacama. On the contrary, the tons of textile waste are added to the tires, car parts and electronics that have been abandoned near Alto Hospicio.

This clandestine dump is nothing new

On the contrary, since January 2022, the international media has covered the millions of items that have been illegally discarded in the area. Some border on outright callousness, calling the Atacama desert ‘the world’s garbage dump’.

Although the coverage takes months, the items that have been dumped in the Atacama have been there for years. Some of them can even be seen partially burned, or buried in the sand. In some photographs, the sand dunes are confused with tons of ownerless clothes.

Although they are in the driest place in the world, there are snow gloves and running shoes. Ironically, Chile is the Latin American country that exports the most clothing abroad. According to BBC coverage, of the 59 thousand tons that enter each year, more than half goes to clandestine dumps.

Contrary to what might be thought, not all the clothing in the Atacama is used. On the contrary, unsuccessful collections are also dumped there. Therefore, in the mountains of clothing, second-hand items are mixed with some completely new ones.

It may interest you: Incredible! The Sahara was green, marine sediments reveal

The clothes that have been discarded in the Atacama Desert represent a major problem for the ecosystem, because they will not disintegrate soon. On the contrary, according to the calculations reported by the AFP, they will take at least 200 years to disintegrate. With them, tons of microplastics are already being interwoven with the desert sediment.