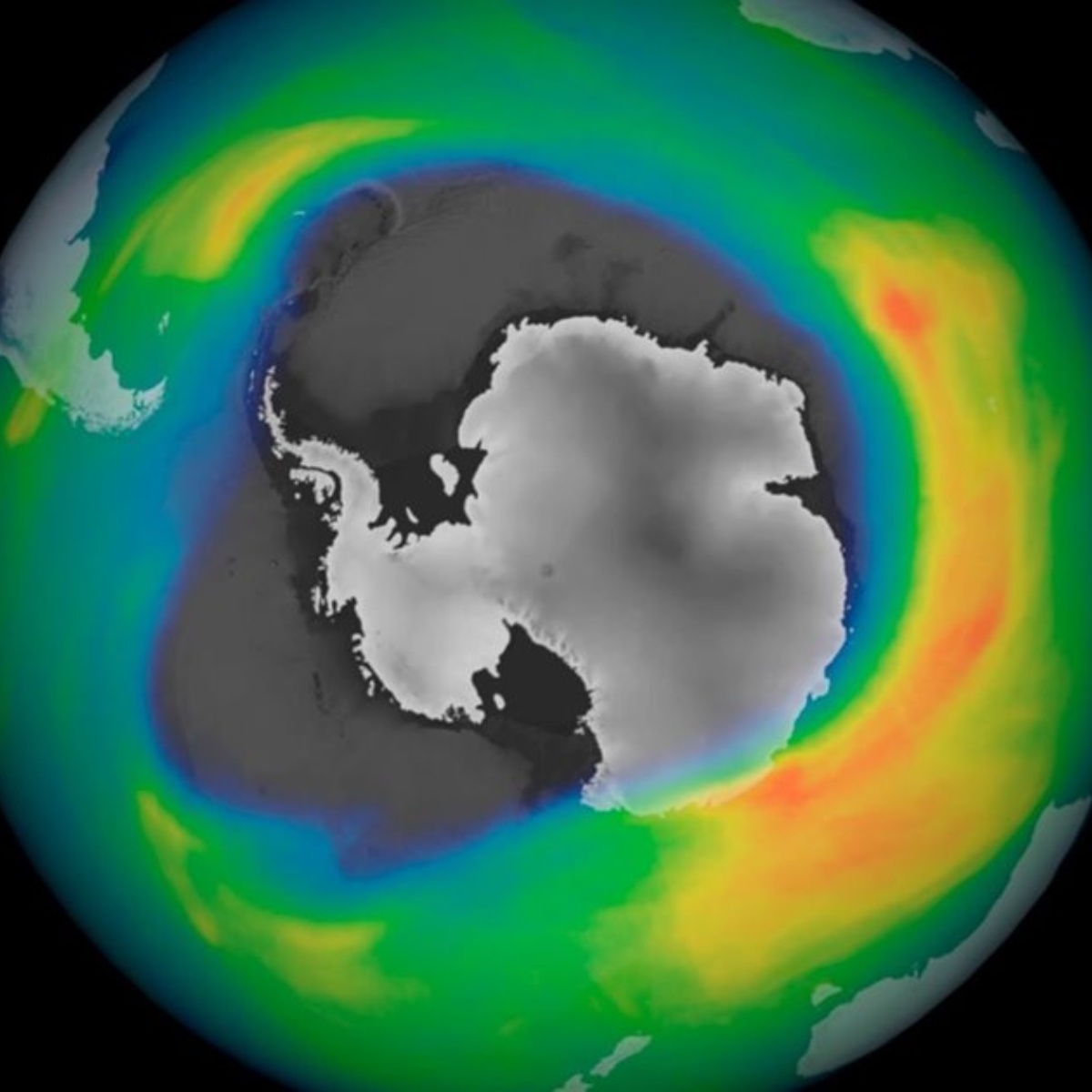 The layer located between 10 and 50 kilometers high in the atmosphereor what is the same, the stratosphere, contains about 90% of the ozone that surrounds planet Earth. The high concentration is essential, because this gas made up of 3 oxygen molecules (O3) is responsible for filtering almost most of the ultraviolet radiation from the sun.

The concentration of ozone in the stratosphere is not constant, but can vary temporally, spatially, and seasonally. For example, the hole in the ozone layer of the Antarcticathat is, the decrease in the concentration of this gas in the frozen continent is not static, but fluctuates so that between August and October it increases in size and returns to normal in December.

A global climate model for the period 1980-2015 revealed that iodine has contributed an average of 10% to the destruction of ozone in the lower stratosphere of Antarctica, reducing up to 4% the column of ozone that extends in this layer of the atmosphere. However, the ozone hole over the South Pole is now larger than Antarctica.

What causes the deterioration of the ozone layer?

AmericanPost.News reports that the causes of this variability have been studied for decades and among the most contributing to the destruction of ozone, some natural ones can be highlighted, such as volcanic activity, solar activity or stratospheric winds, and others caused by human activity, such as the emission into the atmosphere of compounds with chlorine, bromine or iodine in their composition.

It is important to mention that some of these compounds are those already known as chlorofluorocarbons or CFC’s, which, as their name suggests, are made up of chlorine, fluorine and carbon, and whose use has been progressively restricted over the last four decades thanks to the signature of the Montreal Protocol.

Iodine contributes to the deterioration of the ozone layer

Something less well known, however, is the data now confirmed by an international team of scientists led by the Rocasolano Institute of Physical Chemistry -IQFR- of the CSIC. And it is that according to the last study of the institution, the emissions of another halogen, specifically iodine from the oceans, has contributed since 1980 and an average of 10%, to the formation of the hole in the ozone layer that is generated in Antarctica between the months of September and October.

The results put the importance of iodine in context, highlighting that it is the third halogen with the highest destructive capacity of the ozone layer. “Traditionally, the catalytic destruction of stratospheric ozone in Antarctica has been related to the anthropogenic emissions of two other halogens, chlorine and bromine,” explains Alfonso Saiz-Lopez, IQFR-CSIC researcher and study coordinator.