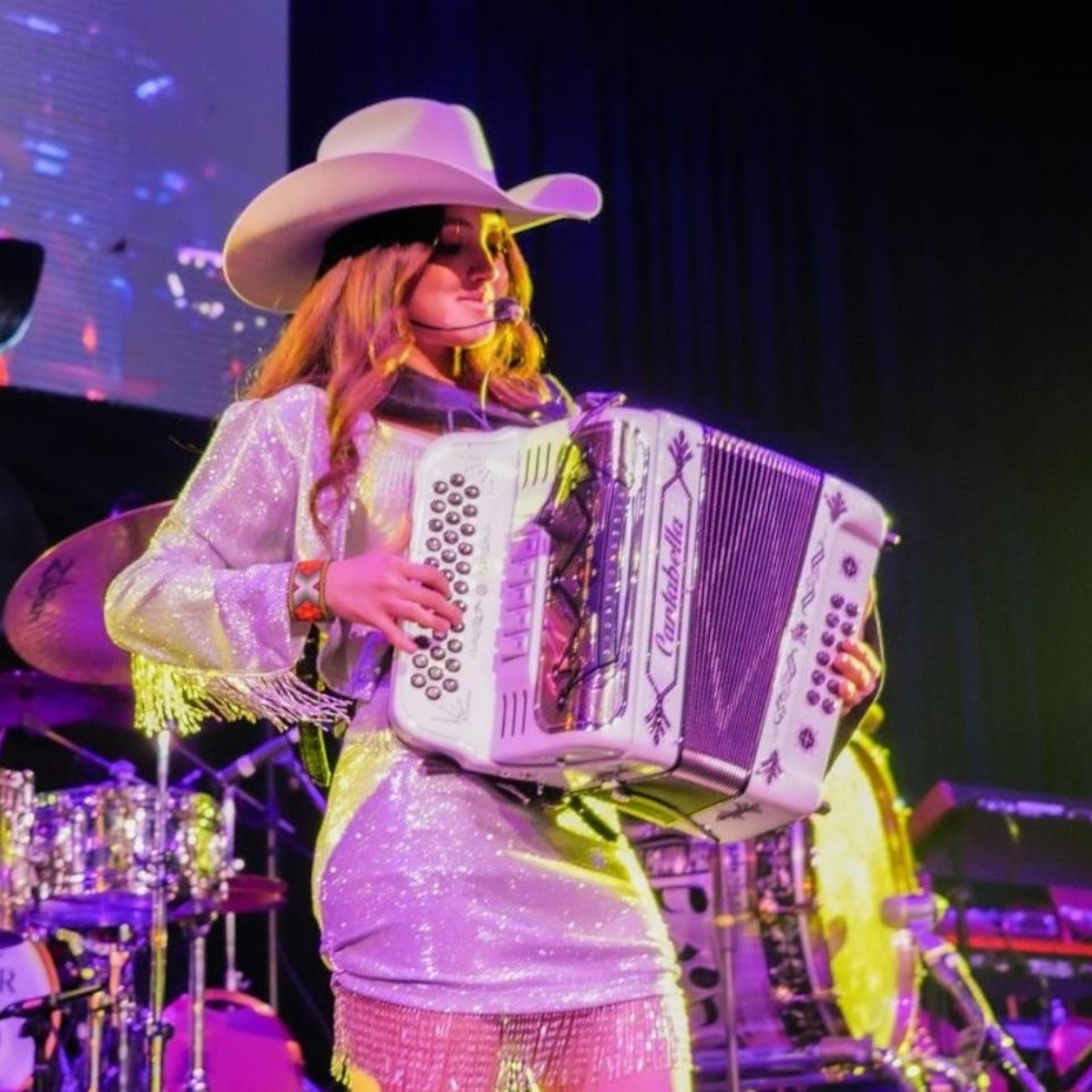 Iranian Divad, 18 years old, has become the princess of norteño music, as the young woman has shown that she has everything to remain in the heavy industry, mostly led by men, but for a long time women have also become present in this genre.

For those who do not know, Irany Divad began her career several years ago at La Academia Kids. She also belongs to Pepe Aguilar’s Machin Records record label, for which the young woman has become known on a larger scale. We will soon know more of this young woman who knows how to use the accordion like a professional, in addition to her powerful voice with which she challenges Ángela Aguilar herself.

And it is that Irany Divad, like Ángela Aguilar, could dominate the musical genre without any problem. In addition, like the interpreter of La Llorona, her talent does not seem exploited to the fullest. What she does have is an unique beauty especially when she appears in her unique costumes, some of which have been designed by her grandmother to look like a star on stage.

That is why in the future you could see these music greats compete, but for the moment they seek to establish themselves fully in the middle, because as mentioned before, it is somewhat complicated. As if that were not enough, David, her brother, also works with her, supporting her with his fifth bass.

The grupera so far has just over 186,000 followers and several celebrities in the media follow her, such as Cornelio Vega, Remmy Valenzuela, in addition to Eduin Caz himself, who knows of the talent that this young woman carries.

“You have an extraordinary talent Congratulations”, “What skill!!!! I’m dying to listen to the new hits live”, “Upload a little more covers I like how you put your style on them”, “I love everything you do since you I saw you at the kids academy”, write netizens on social media about the girl.

It is worth mentioning that the young artist is considered a tender woman with a great desire to get ahead.