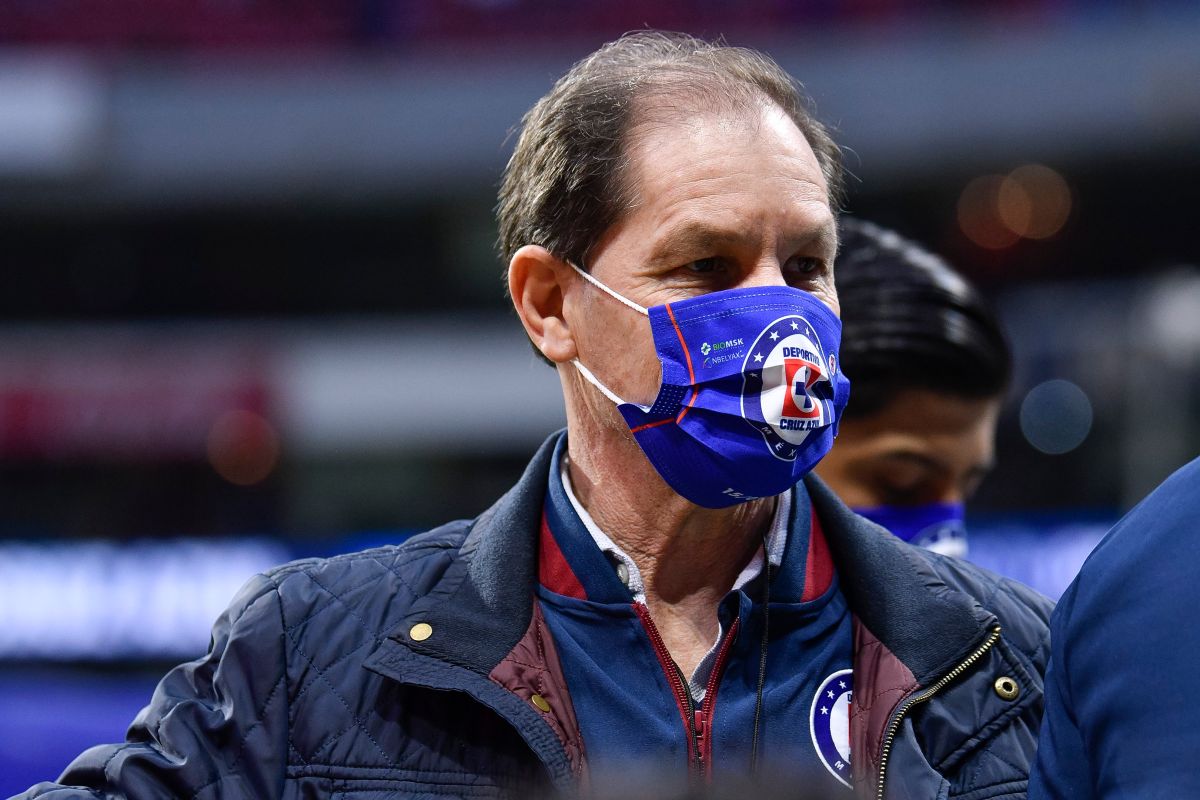 In the middle of the uncertainty about the future on the Cruz Azul bench after the alleged resignation of Juan Reynoso from the team’s technical management, the new sports director Jaime Ordiales denied said information and shared details of his project.

in conversation with Spicy Soccer from ESPN was emphatic in ensuring that Reynoso did not present any letter of resignation as some media assured this Friday morning, and that on the other hand he noticed him working “like a professional”.

“He didn’t show me anything. I saw him train like a professional (…) I saw him preparing everything for tomorrow’s game, which is very important, and I have no knowledge of a resignation”.

Asked by León Lecanda about his opinion on whether he sees Reynoso at the helm of the club in this new sport, he stressed that Believe in your criteria, forms and aptitude for the position.

“Of course, yes (…) for me he is a winning coach and he has shown it in this institution,” he emphasized.

But nevertheless, Ordiales has not been able to deny that Reynoso would be considering leaving Cruz Azulclub with which he won Clausura 2021.

In an interview for the journalist Javier Alarcón, he indicated that Reynoso met with Víctor Velázquez, president of the Cruz Azul Board of Directors, and that in that talk the subject could have been touched on, in addition to the discomfort.

Although the Peruvian coach arrived at the “Cement Machine” at the hands of Ordiales, with Álvaro Dávila he engaged the current team that competes for the Liga MX title and the change of helm in a season already started seems to have bothered him.

“There is a maelstrom of news that is causing concern in the team. I talked with Reynoso about two or three things. I saw him work, preparing for tomorrow’s game. You must have concerns, like many people within the institution, it is normal when these types of changes occur.

And is not for less. Up to four members of the Cruz Azul sports organization chart presented their resignation letter with the arrival of Ordiales: Héctor Lara, operational sports director; Gabriel Saucedo, director of operations; Edwin Victoria, director of communication; and Gerardo Meraz, director of medical services.

The results have accompanied Reynoso

Something that is evident in La Noria is the harmony between the coaching staff and players, in addition to a defined game structure to try to get another title, something that is disturbed by this leadership movement.

In the past 2021 Opening Tournament, as the defending champion, the Machine placed eighth with 5 wins, 8 draws and 4 losses, failing to enter the final phase.

The cement producers started 2022 with three victories (Tijuana, Juárez and León) and a draw against Monterrey. With 10 points they tie the top of Clausura 2022 with Puebla and the last champion Atlas.

Will Juan Reynoso continue in Cruz Azul? Hours of uncertainty in the club

Jonathan dos Santos supports Santiago Solari: “We are to death with him”