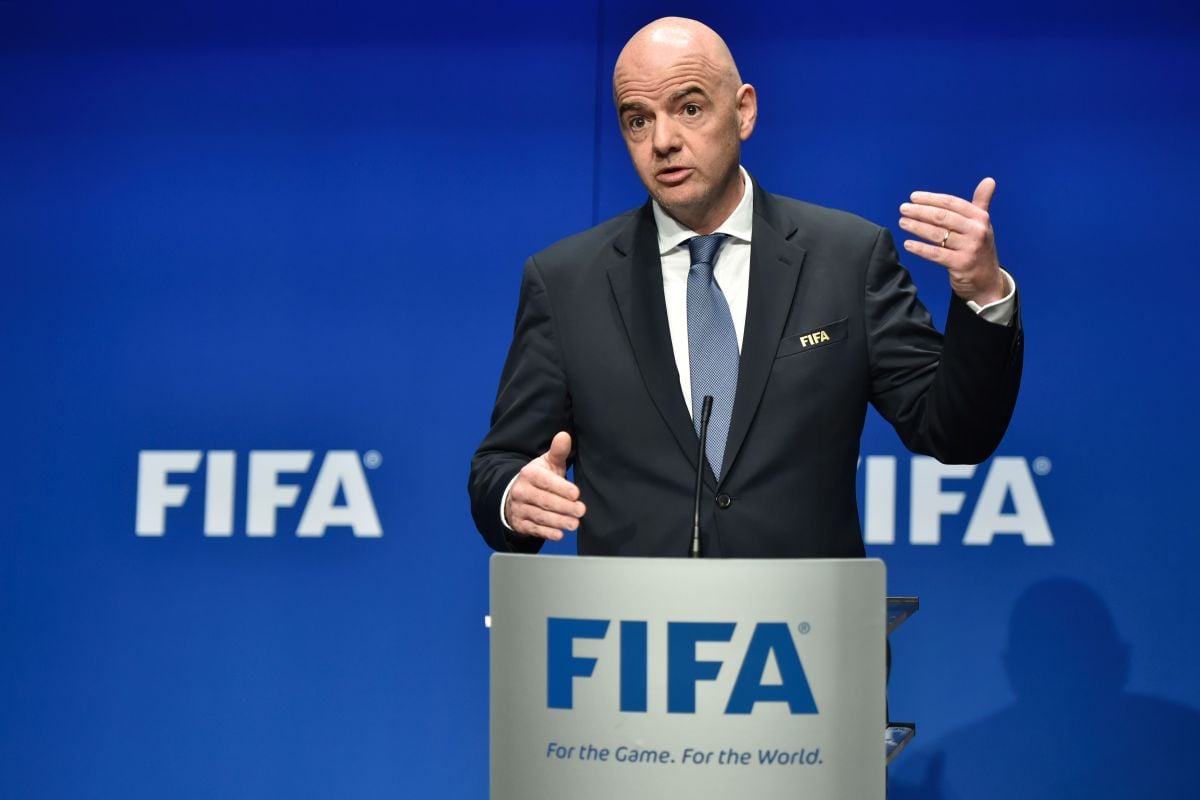 Gianni Infantino, president of FIFA, assured this Thursday that his organization is closely following the war in Ukraine, called for “constructive dialogue”” for resolution and stated waiting for the evolution of the conflict to make decisions about the qualifying matches for the World Cup in Qatar which will take place in the month of March.

There are four clashes that will be played on the 24th of that month: Wales-Austria, Sweden-Czech Republic and, above all, Scotland-Ukraine and Russia-Poland, with two of the countries affected by the conflict as protagonists.

After the FIFA Council meeting, Infantino, at a press conference, addressed the situation of football in relation to the war in Ukraine and declared that your body is “very worried” about the situation in addition to expressing his “hope” that hostilities cease quickly so that peace can come to Ukraine.

“FIFA condemns the use of force by Russia and the use of any kind of violence. Violence is never the solution. We call on all parties to restore peace through constructive dialogue”, he stated.

He assured that FIFA is “extremely” concerned about the situation and reported that is in “continuous contact” with the different federations that have to play the qualifying matches for the 2022 Qatar World Cup.

“For example, with the Russian Federation and with the rest. Right now, this situation is constantly evolving. We believe that we have to continue to monitor the situation to make a decision that we will always make based on our statutes, in which a match can be suspended. In the world there are several countries with conflicts and FIFA has to deal with these situations. Always in dialogue with all parties and making the appropriate decisions when we are ready”, he commented.

“The situation that we all discovered this morning is obviously very tragic and very worrying. We have a duty to look at this matter carefully. The first match will take place a month from now and we hope that this whole situation will be resolved well before the match.. As soon as possible. We strongly believe in it. We have a body that can make decisions at any time. We will make decisions when appropriate, ”he insisted.

Also, he stated that FIFA shows all its “solidarity” with “the people affected” by the conflict and declared that in situations like the one Russia and Ukraine are experiencing, football “stops being a priority”. Still, FIFA, “as the governing body”, has an obligation to deal with the consequences for football in line with what is happening in Ukraine.

“We follow the situation closely and will inform you of the news about the qualifying matches for the World Cup in Qatar. The ‘bureau’ of the Council is in charge of dealing with this type of matter and will take decisions immediately if necessary. The situation worries us all. I can quote the secretary general of the United Nations Organization: ‘in the name of humanity, we have to bring people together to put an end to any kind of violence’”, he concluded.

Is the Champions League final in danger? UEFA calls an emergency meeting to discuss the conflict between Russia and Ukraine

Marlon Santos, footballer of Shakhtar of Ukraine reveals the concern experienced by the players; “There is a lot of chaos and we feel fear”

Conflict between Russia and Ukraine splashes the sport: Abramovic, president of Chelsea, would have his entry into the United Kingdom vetoed due to his friendship with Putin

Absolute fear in the footballers of Dynamo Kiev: Players ask on social networks to pray for them when they are trapped in a hotel